Explained: How North 24-Parganas, a Trinamool bastion, has come under sustained BJP attack

North 24-Parganas district covers the Lok Sabha constituencies of Dum Dum, Barrackpore, Barasat, Basirhat, and Bongaon, all of which saw virtually straight fights between the BJP and TMC in the elections 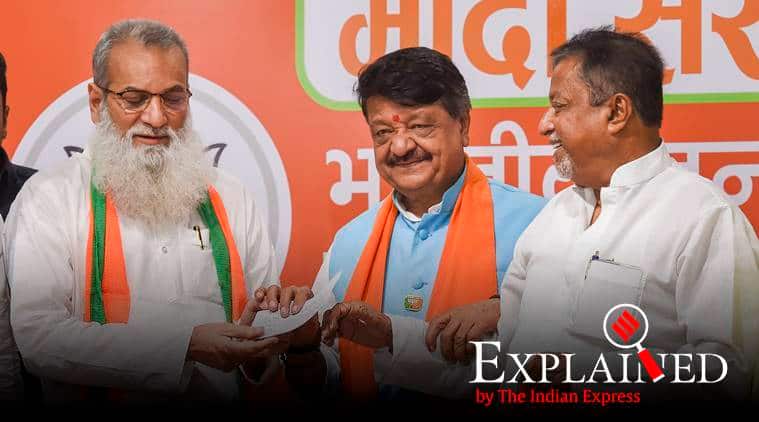 As the BJP works aggressively expand its ranks in West Bengal, the district that appears to be among the more vulnerable to the poaching of Trinamool Congress leaders and workers is North 24-Parganas.

North 24-Parganas district, of which the northern suburbs of Kolkata are a part, is a 4,000 sq km strip of land bound by the state capital in the south and west, and by India’s long, porous border with Bangladesh in the north and east. It is West Bengal’s tenth largest district by area, but is its most populous— in fact, since Palghar was carved out of the original Thane district in Maharashtra in 2014, North 24-Parganas has been the largest district by population in all of India.

The district covers the Lok Sabha constituencies of Dum Dum, Barrackpore, Barasat, Basirhat, and Bongaon, all of which saw virtually straight fights between the BJP and TMC in the elections. The BJP won Bongaon and Barrackpore, and lost in Dum Dum by a little over 50,000 votes. Dum Dum is one of the few seats in West Bengal at which the BJP had a presence even before 2019; former Union Minister Tapan Sikdar won in 1998 and 1999. Bongaon is the home of the Scheduled Caste Vaishnava Matua community, which the BJP made efforts to cultivate — its winning candidate, Shantanu Thakur, a grandson of the late Matua matriarch Binapani Devi, defeated the sitting Trinamool MP Mamata Thakur, who belongs to the same family.

North 24-Parganas is also the home turf of Mukul Roy, once Mamata Banerjee’s closest aide who switched to the BJP in 2017. Roy knows the district like the back of his hand, and has considerable influence over the leaders of his former party at several levels. Following the defection of over 60 TMC councillors on Tuesday, the BJP is set to get hold of four civic bodies — Naihati, Halisahar, Kanchrapara and Bhatpara — out of the 27 in the district.

Besides Mukul Roy and his son Shubhrangshu Roy, the two-term TMC MLA whom the party suspended last week, North 24-Parganas district is also the stomping ground of the bahubali Arjun Singh, a four-term TMC MLA who is now the BJP MP from Barrackpur.

Since it ended the Left Front’s 34-year rule in 2011, the TMC had made North 24-Parganas its impregnable stronghold, winning a majority of the seats and civic bodies. The BJP’s success in the Lok Sabha elections, and the switching over of a large number of TMC leaders is a telling change in that narrative.