The Saudi-Russian fight signals an end, at least temporarily, to the truce between these two large oil producers that had brought Moscow a seat at the OPEC high table, and held off a potential price war for more than three years now. 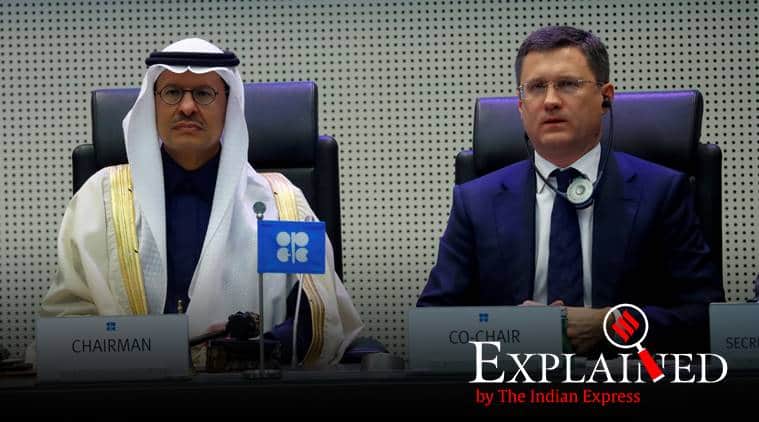 Saudi and Russian Energy Ministers at a meeting of OPEC+ in 2019. (Reuters/File)

Saudi Arabia and the United Arab Emirates on Wednesday announced they would raise crude oil output by the equivalent of 3.6% of global supplies, adding 3.6 million barrels per day (bpd) to a market that is already massively oversupplied.

Saudi Aramco, Saudi Arabia’s national petroleum and natural gas company, said on Tuesday that it would boost output to 12.3 million barrels per day (bpd) from the current 9.8 million bpd from April 1. On Wednesday, the company said it had been asked by the Saudi Energy Ministry to raise capacity further to 13 million bpd, and it was “exerting its maximum efforts to implement this directive as soon as possible”.

This extraordinary flooding of the market will take place at a time when the coronavirus outbreak has severely impacted businesses and travel, and global demand is predicted to shrink for the first time in nearly 10 years. Brent crude was trading at around $36 on Wednesday, up from the week’s low of about $31, but still some 45% lower since the beginning of 2020.

Saudi Arabia and the UAE have taken a united stand in their ongoing battle with Moscow, which last week rejected a demand by Riyadh that the OPEC+, an informal alliance of OPEC and Russia, should cut production sharply to arrest crashing prices. In retaliation, the Gulf allies have decided to scrap all limits on production.

At the meeting of the Organisation of the Petroleum Exporting Countries — a cartel of 14 oil producers led by Saudi Arabia — in Vienna, Riyadh proposed that OPEC+ should pump about 1 million bpd less, with Russia cutting 500,000 bpd, so that revenue streams do not narrow further for oil export-dependent economies. The crippling of industrial production in China and other Asian countries such as South Korea has resulted in a sharp reduction in their import of crude oil.

But Moscow argued that production should not be cut until the full impact of the COVID-19 outbreak is assessed in greater detail, and that any attempt to shore up prices would only benefit the costlier US shale industry, which has raised production to levels higher than both Saudi Arabia’s and Russia’s.

It did offer to continue talking, but Riyadh said there was no point — and announced on Tuesday plans to boost production by 300,000 barrels beyond Aramco’s current maximum sustained capacity. The Wall Street Journal reported that Russia too, was ready to raise production. 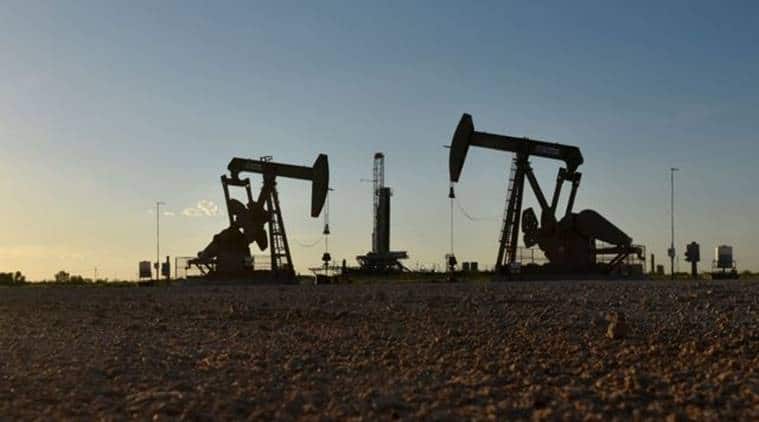 Pump jacks operate in front of a drilling rig in an oil field in Midland, Texas US August 22, 2018. (Reuters Photo: Nick Oxford)

The Saudi-Russian fight signals an end, at least temporarily, to the truce between these two large oil producers that had brought Moscow a seat at the OPEC high table, and held off a potential price war for more than three years now. Russia had benefitted from the deal not only in terms of oil revenues and expanding business networks, but also in foreign policy — improving relations with Crown Prince Mohammad bin Salman, the de facto ruler of Saudi Arabia, has given President Vladimir Putin greater influence over developments in countries like Syria, Iraq, and Libya.

However, the OPEC+ deal to control production also helped the American frackers. To many Russian economic nationalists, the rise of shale at the cost of state-controlled energy giant Gazprom and Russia’s biggest oil company Rosneft was difficult to accept. Analysts have said that in walking out of its marriage of convenience with OPEC and the Saudis now, Moscow may be trying to drive prices below the break-even point of shale oil production.

Here’s your link to check fuel prices in your city

“The Kremlin has decided to sacrifice OPEC+ to stop US shale producers and punish the US for messing with Nord Stream 2,” a Bloomberg report quoted Alexander Dynkin of the state-run thinktank, Institute of World Economy and International Relations in Moscow, as saying. “Of course, to upset Saudi Arabia could be a risky thing, but this is Russia’s strategy at the moment — flexible geometry of interests.” Nord Stream 2 is a Gazprom-owned pipeline to supply Russian gas to Germany, whose completion has been stalled due to US sanctions.

Indians in Italy wait for corona-negative certificate to leave