Explained: Provisions of Gujarat anti-conversion law that HC has stayed for now

The new anti-conversion laws shift the burden of proof of a lawful religious conversion from the converted to his/her partner. 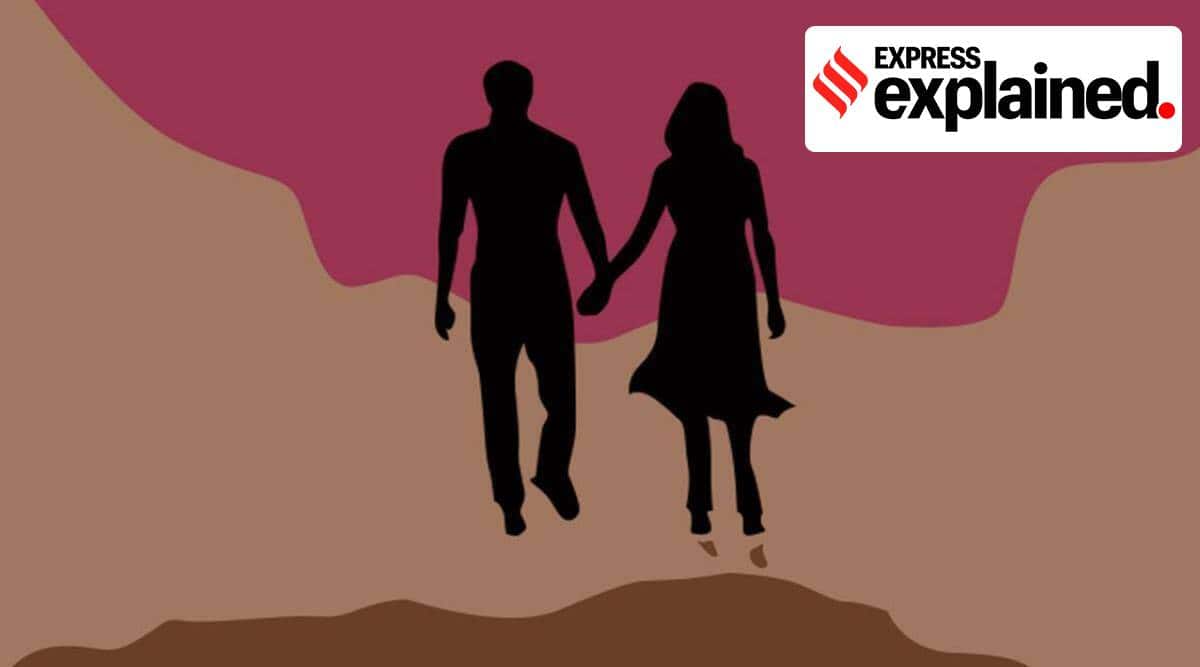 Legal experts have pointed out that the laws interfere in an individual’s agency to marry a partner from a different faith and to choose to convert from one’s religion for that purpose.

The Gujarat High Court this week stayed key provisions of The Gujarat Freedom of Religion (Amendment) Act, 2021 pertaining to marriages involving religious conversion of either of the two parties. While a larger constitutional challenge is still pending, the interim stay provides relief to interfaith couples. What is the law under challenge and how does the HC order impact it?

What is the law under challenge?

The laws ostensibly seek to end conversion through unlawful means, specifically prohibit any conversion for marriage, even if it is with the consent of the individual except when prior sanction is obtained from the state. Apart from UP and Gujarat, Madhya Pradesh and Himachal Pradesh too, have also enacted similar laws.

Why have the laws been criticised?

The new anti-conversion laws shift the burden of proof of a lawful religious conversion from the converted to his/her partner; define “allurement” for religious conversion in vague, over-broad terms; prescribe different jail terms based on gender; and legitimate the intrusion of family and the society at large to oppose inter-faith marriages.

They also give powers to the state to conduct a police inquiry to verify the intentions of the parties to convert for the purposes of marriage.

Legal experts have pointed out that the laws interfere in an individual’s agency to marry a partner from a different faith and to choose to convert from one’s religion for that purpose.

Apart from being vague and sweeping, the laws also test the limits to which the state can interfere in the personal affairs of individuals.

The freedom to propagate one’s religion and the right to choose a partner are fundamental rights that the new anti-conversion laws impinge upon.

What has the Gujarat High Court held?

A Division Bench of the Gujarat High Court comprising Chief Justice Vikram Nath and Justice Biren Vaishnav have granted an interim stay on certain provisions of the amendment that interfere with inter-faith marriages.

“Prima-facie inter-faith marriages between two consenting adults by operation of the provisions of Section 3 of the 2003 Act interferes with the intricacies of marriage including the right to the choice of an individual, thereby infringing Article 21 of the Constitution Of India,” the High Court order says.

The other provisions stayed include Section 6A that reverses the burden of proof on the partner of the converted spouse to prove that he/she did not coerce the other spouse; Section 4, which allows the aggrieved person, their parents, brother, sister, or any other person related by blood or marriage or adoption to file an FIR challenging the conversion and subsequent marriage.

However, this reading of the High Court will be subject to its final decision, as the remaining provisions of the law are yet to be examined.

The interim stay on certain provisions will have to be confirmed when the larger challenge is decided.

Why has the HC stayed the provisions?

“The submission of Mr Trivedi, learned Advocate General, that the element of fraud, allurement or coercion which is sought to be brought in by reading the Statement of Objects and Reasons and the other provisions of the 2003 Act, may not be understood by a common man.

Also in Explained |What is Karnataka’s State Mental Health Authority?

What was the government’s defence?

However, the court said that the wider interpretation would happen at a later stage, and stayed the provisions for the time being. A larger challenge would determine the fate of the law eventually.

What is the impact of the ruling?

The HC ruling, although preliminary, comes as a relief to interfaith couples from being harassed. The reading could have a bearing on challenges pending in other HCs. However, its real impact on the ground could be limited, as larger constitutional nuances are often difficult to permeate, especially when it is not a final and binding verdict.