The Constitution (122nd) Amendment Bill comes up in RS, on the back of a broad political consensus and boosted by the ‘good wishes’ of the Congress, which holds the crucial cards on its passage. Here’s how GST differs from the current regimes, how it will work, and what will happen if Parliament clears the Bill. 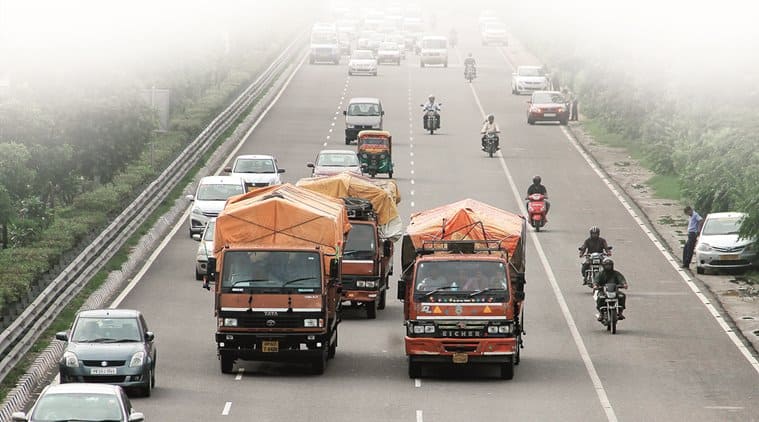 GST, the biggest reform in India’s indirect tax structure since the economy began to be opened up 25 years ago, at last looks set to become reality.

The Goods and Services Tax (GST), the biggest reform in India’s indirect tax structure since the economy began to be opened up 25 years ago, at last looks set to become reality. The Constitution (122nd) Amendment Bill comes up in Rajya Sabha today, on the back of a broad political consensus and boosted by the ‘good wishes’ of the Congress, which holds the crucial cards on its passage. Here’s how GST differs from the current regimes, how it will work, and what will happen if Parliament clears the Bill. Also Read: GST Bill – The day after, government hints at rate higher than 18 per cent

Imagine a manufacturer of, say, shirts. He buys raw material or inputs — cloth, thread, buttons, tailoring equipment — worth Rs 100, a sum that includes a tax of Rs 10. With these raw materials, he manufactures a shirt.
In the process of creating the shirt, the manufacturer adds value to the materials he started out with. Let us take this value added by him to be Rs 30. The gross value of his good would, then, be Rs 100 + 30, or Rs 130.
At a tax rate of 10%, the tax on output (this shirt) will then be Rs 13. But under GST, he can set off this tax (Rs 13) against the tax he has already paid on raw material/inputs (Rs 10). Therefore, the effective GST incidence on the manufacturer is only Rs 3 (13 – 10).

In the final stage, a retailer buys the shirt from the wholesaler. To his purchase price of Rs 150, he adds value, or margin, of, say, Rs 10. The gross value of what he sells, therefore, goes up to Rs 150 + 10, or Rs 160. The tax on this, at 10%, will be Rs 16. But by setting off this tax (Rs 16) against the tax on his purchase from the wholesaler (Rs 15), the retailer brings down the effective GST incidence on himself to Re 1 (16 –15).
Thus, the total GST on the entire value chain from the raw material/input suppliers (who can claim no tax credit since they haven’t purchased anything themselves) through the manufacturer, wholesaler and retailer is, Rs 10 + 3 +2 + 1, or Rs 16.

How it would be in a non-GST regime?

In a full non-GST system, there is a cascading burden of “tax on tax”, as there are no set-offs for taxes paid on inputs or on previous purchases.

Thus, if we consider the same example as above, the manufacturer buys raw materials/inputs at Rs 100 after paying tax of Rs 10. The gross value of the shirt (good) he manufacturers would be Rs 130, on which he pays a tax of Rs 13. But since there is no set-off against the Rs 10 he has already paid as tax on raw materials/inputs, the good is sold to the wholesaler at Rs 143 (130 + 13).

Currently, we have Value-Added Tax (VAT) systems both at the central and state levels. But the central VAT or CENVAT mechanism extends tax set-offs only against central excise duty and service tax paid up to the level of production. CENVAT does not extend to value addition by the distributive trade below the stage of manufacturing; even manufacturers cannot claim set-off against other central taxes such as additional excise duty and surcharge.

Likewise, state VATs cover only sales. Sellers can claim credit only against VAT paid on previous purchases. The VAT also does not subsume a host of other taxes imposed within the states such as luxury and entertainment tax, octroi, etc.

Once GST comes into effect, all central- and state-level taxes and levies on all goods and services will be subsumed within an integrated tax having two components: a central GST and a state GST.

This will ensure a complete, comprehensive and continuous mechanism of tax credits. Under it, there will be tax only on value addition at each stage, with the producer/seller at every stage able to set off his taxes against the central/state GST paid on his purchases. The end-consumer will bear only the GST charged by the last dealer in the supply chain, with set-off benefits at all the previous stages.

Also read | GST and federalism: Some questions BJP must answer

What will the Bill in Parliament today do?

It basically seeks to amends the Constitution to empower both the Centre and the states to levy GST. This they cannot do now, because the Centre cannot impose any tax on goods beyond manufacturing (Excise) or primary import (Customs) stage, while states do not have the power to tax services. The proposed GST would subsume various central (Excise Duty, Additional Excise Duty, service tax, Countervailing or Additional Customs Duty, Special Additional Duty of Customs, etc.), as well as state-level indirect taxes (VAT/sales tax, purchase tax, entertainment tax, luxury tax, octroi, entry tax, etc). Once the Bill is passed, there will only be a national-level central GST and a state-level GST spanning the entire value chain for all goods and services, with some exemptions.

Central taxes That The GST will replace

State taxes That The GST will Subsume

WILL CONSIST of the union Finance Minister (chairman) and MoS in charge of Revenue; Minister in charge of Finance or Taxation, or any other Minister, nominated by each state
DECISIONS WILL be made by three-fourths majority of votes cast; Centre shall have a third of votes cast, states shall together have two-thirds
MECHANISM for resolving disputes arising out of its recommendations may be decided by the Council itself

The levy of GST

BOTH Parliament, state Houses will have the power to make laws on the taxation of goods and services
PARLIAMENT’S LAW will not override a state law on GST
EXCLUSIVE POWER to Centre to levy, collect GST in the course of interstate trade or commerce, or imports. This will be known as Integrated GST (IGST)
CENTRAL LAW will prescribe manner of sharing of IGST between Centre and states, based on GST Council’s views

What’s Out of GST…

The journey so far…

April 2008: EC, headed by the then West Bengal Finance Minister Asim Dasgupta, submits report to the central government, which offers its views and comments in October and December of that year. Joint working groups are then set up to examine options on exemptions and thresholds, taxation of services and inter-state supplies, etc

March 22, 2011: The Constitution (115th Amendment) Bill is introduced in Lok Sabha; is referred to Parliamentary Standing Committee on Finance, which submitted its report on August 7, 2013. Bill lapsed as term of the Lok Sabha ended in 2014

May 12, 2015: Bill referred to a 21-member Select Committee of Rajya Sabha headed by Bhupender Yadav

Monsoon and Winter Sessions 2015, Budget Session 2016: Bill not tabled in the face of opposition led by the Congress and persistence of sticking points

The President shall constitute the GST Council

The GST Council shall make recommendations on:

Dates of implementation of CGST, SGST and IGST have to be negotiated and synchronised

BIGGEST BENEFIT is that it will disincentivise tax evasion. If you don’t pay tax on what you sell, you don’t get credit for taxes on your inputs. Also, you will buy only from those who have already paid taxes on what they are supplying. Result: a lot of currently underground transactions will come overground.

LOWER TAX RATES will follow from GST covering all goods and services, with tax only on value addition and set-offs against taxes on inputs/previous purchases. Right now, we have more tax on fewer items; with GST, there will be less tax on more items. Ideally, no good or service should be tax-exempt, as this will break the input tax chain.

The case of Ms X