A Rs 72,000 crore development project of Great Nicobar is to be implemented in three phases over 30 years. A look at the proposal, purpose and concerns. 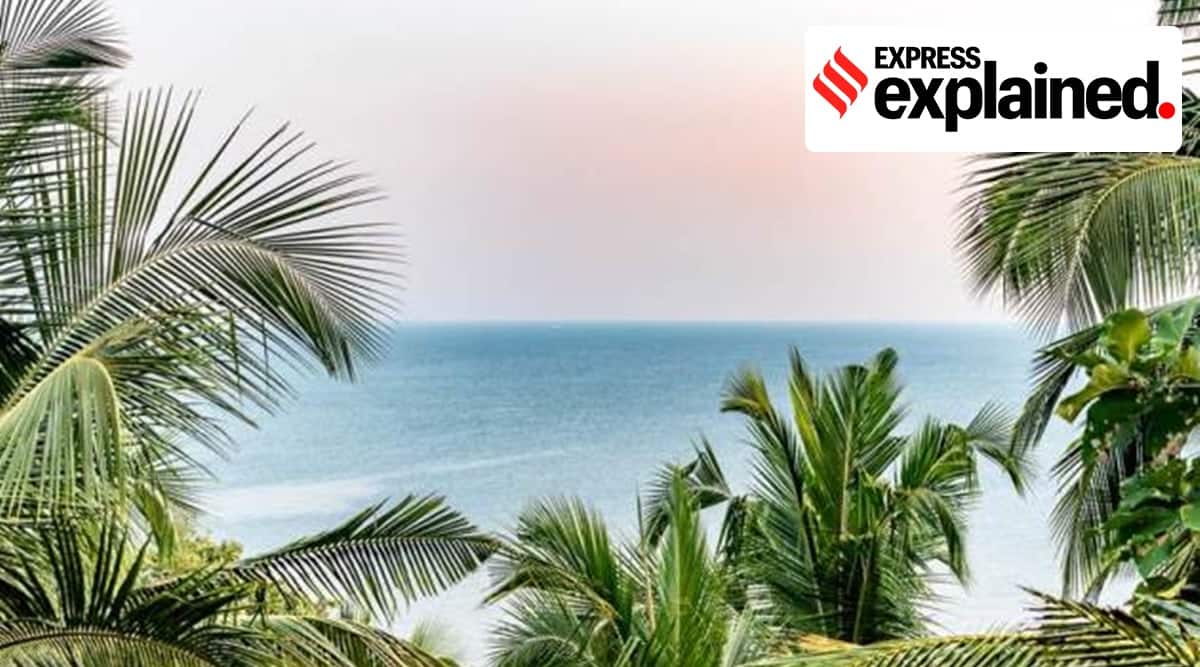 Great Nicobar, the southernmost of the Andaman and Nicobar Islands, has an area of 910 sq km. (Source: Getty/Thinkstock)

Last month, the Ministry of Environment, Forest and Climate Change gave environmental clearance for the ambitious Rs 72,000 crore development project on the strategically important Great Nicobar Island. The project is to be implemented in three phases over the next 30 years.

A “greenfield city” has been proposed, including an International Container Transhipment Terminal (ICTT), a greenfield international airport, a power plant, and a township for the personnel who will implement the project.

“The proposed port will allow Great Nicobar to participate in the regional and global maritime economy by becoming a major player in cargo transshipment,’’ the Niti Aayog has said in a report.

The port will be controlled by the Indian Navy, while the airport will have dual military-civilian functions and will cater to tourism as well. Roads, public transport, water supply and waste management facilities, and several hotels have been planned to cater to tourists.

A total 166.1 sq km along the southeastern and southern coasts of the island have been identified for project along a coastal strip of width between 2 km and 4 km. Some 130 sq km of forests have been sanctioned for diversion, and 9.64 lakh trees are likely to be felled.

Development activities are proposed to commence in the current financial year, and the port is expected to be commissioned by 2027–28. More than 1 lakh new direct jobs and 1.5 lakh indirect jobs are likely to be created on the island over the period of development.

Indira Point on the southern tip of Great Nicobar Island is India’s southernmost point, less than 150 km from the northernmost island of the Indonesian archipelago. Great Nicobar is home to two national parks, a biosphere reserve, and the Shompen and Nicobarese tribal peoples, along with ex-servicemen from Punjab, Maharashtra, and Andhra Pradesh who were settled on the island in the 1970s.

Explained |COP27: How will UN climate deal on loss and damage work?

The Shompen are hunter-gatherers who depend on forest and marine resources for sustenance. The Nicobarese, who lived along the west coast of the island were mostly relocated after the 2004 tsunami. An estimated 237 Shompen and 1,094 Nicobarese individuals now live in a 751 sq km tribal reserve, some 84 sq km of which is proposed to be denotified. The approximately 8,000 settlers who live on the island are engaged in agriculture, horticulture, and fishing.

The Great Nicobar Island has tropical wet evergreen forests, mountain ranges reaching almost 650 m above sea level, and coastal plains. Fourteen species of mammals, 71 species of birds, 26 species of reptiles, 10 species of amphibians, and 113 species of fish are found on the island, some of which are endangered. The leatherback sea turtle is the island’s flagship species.

The island has a lot of tourism potential, but the government’s greater goal is to leverage the locational advantage of the island for economic and strategic reasons.

Great Nicobar is equidistant from Colombo to the southwest and Port Klang and Singapore to the southeast, and positioned close to the East-West international shipping corridor, through which a very large part of the world’s shipping trade passes. The proposed ICTT can potentially become a hub for cargo ships travelling on this route.

The proposal to develop Great Nicobar was first floated in the 1970s, and its importance for national security and consolidation of the Indian Ocean Region has been repeatedly underlined. Increasing Chinese assertion in the Bay of Bengal and the Indo-Pacific has added great urgency to this imperative in recent years.

The proposed massive infrastructure development in an ecologically important and fragile region, including the felling of almost a million trees, has alarmed many environmentalists. The loss of tree cover will not only affect the flora and fauna on the island, it will also lead to increased runoff and sediment deposits in the ocean, impacting the coral reefs in the area, they have cautioned.

Coral reefs, already under threat from warming oceans, are of enormous ecological importance. Environmentalists have also flagged the loss of mangroves on the island as a result of the development project.

India has successfully translocated a coral reef from the Gulf of Mannar to the Gulf of Kutch earlier. The Zoological Survey of India is currently in the process of assessing how much of the reef will have to be relocated for the project. The government has said that a conservation plan for the leatherback turtle is also being put in place.

According to the government, expediting the project is of paramount national security and strategic importance. Officials said that after the grant of stage I clearance on October 27, all aspects will be carefully weighed before final approval is granted.

The project site is outside the eco-sensitive zones of Campbell Bay and Galathea National Park. The Centre has said that the development area is only a small percentage of the area of the island and its forest cover, and that 15 per cent of the development area itself will be green cover and open spaces.

Beneath the lustre of Statue of Unity, some dark spots for BJP