Mumbai’s CSMVS completes 100 years in 2022. A look at the life and work of an important architect of the Raj who built this magnificent structure and nearly a hundred others all over the great metropolis The restored and refurbished Chhatrapati Shivaji Maharaj Vastu Sangrahalaya (CSMVS) will open this month as the building enters its centenary year. Earlier restorations focused on parts of the museum; the current project, the most extensive since the opening of the museum in 1922, will cover its entire precincts.

The beautiful Grade 1 heritage building in Mumbai was designed by George Wittet (1878-1926), who was consulting architect to the Government of Bombay in the early 20th century.

Besides the Prince of Wales Museum of Western India, the name by which CSMVS was originally known, Wittet also designed the Gateway of India, both fine examples of Indo-Saracenic architecture and among the most identifiable landmarks of Mumbai.

Wittet and his work

George Wittet was born in Blair Atholl, Scotland. He studied architecture in Perth, Scotland, and worked in Edinburgh and York before arriving in India in 1904.

In India, he became assistant to John Begg, consulting architect to the Government of Bombay. Together, they pioneered the Indo-Saracenic style, using it in several government and public buildings across Bombay.

About a decade later, Wittet rose to be consulting architect himself, and was also elected as the first president of The Indian Institute of Architects.

He also worked as an architect for the Tata company, and designed its iconic headquarters, Bombay House.

The Indo-Saracenic style was promoted by British architects starting from the late 19th century. It is exemplified by the use of elements seen in architecture across India, from Mughal structures to Hindu temples.

The style was dominated by Indo-Islamic elements, but sometimes combined with Gothic and neo-classical elements popular in Britain at that time. Indo-Saracenic was seen as the Raj’s efforts to promote “Indian” culture, so that their colonial subjects would view them more favourably, especially after the Revolt of 1857.

At the same time, through its invocation of Mughal architecture, Indo-Saracenic sought to symbolically place the British Raj in line with the great empires of the Indian subcontinent. Notable features of the style include domes and domelets, chhattris, minarets, and open pavilions.

Examples from other parts of India include the magnificent Victoria Memorial in Kolkata, the Amba Vilas Palace (Mysore Palace) in Mysuru, the Senate House (on the Madras University campus) in Chennai, and the Secretariat Building (Central Secretariat) in New Delhi.

Prominent Indo-Saracenic buildings in Mumbai, besides the CSMVS and the Gateway of India, are the King Edward Memorial Hospital and the General Post Office.

Wittet designed the Small Causes Court, Bombay House, Wadia Maternity Hospital, Grand Hotel, and KEM Hospital. He is said to have completed 95 projects for the Government of Bombay, including the design and planning of Ballard Estate, besides several other projects for the Tatas.

Parts of the whole

The dome of the CSMVS is based on the Gol Gumbaz, the mausoleum of king Mohammed Adil Shah of Bijapur. Wittet had toured the historic buildings of Bijapur, which was key to his Indo-Saracenic designs.

CSMVS’s finial is based on that of the Taj Mahal. However, even though he won the competition for the museum’s design, it wasn’t his design that was executed finally. The committee forced him to build the museum in the style of the General Post Office, designed by his mentor Begg, and to keep it Indian in character.

Wittet didn’t always design in the Indo-Saracenic style, although he championed it often enough. He designed the Institute of Science in the European Renaissance style, for instance, because “he considered a college of rational investigation to be a distinctly un-Indian phenomenon” (David Collins in ‘Mumbai’, 1999). 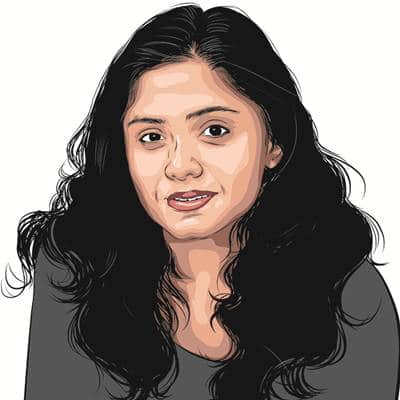