Five months on, understanding Doklam ‘disengagement’, a few other issues

It has been assessed that the Chinese had reached seven steps on their 10-step escalatory ladder in Doklam; it is important that India addresses Doklam’s diplomatic fallouts expeditiously. 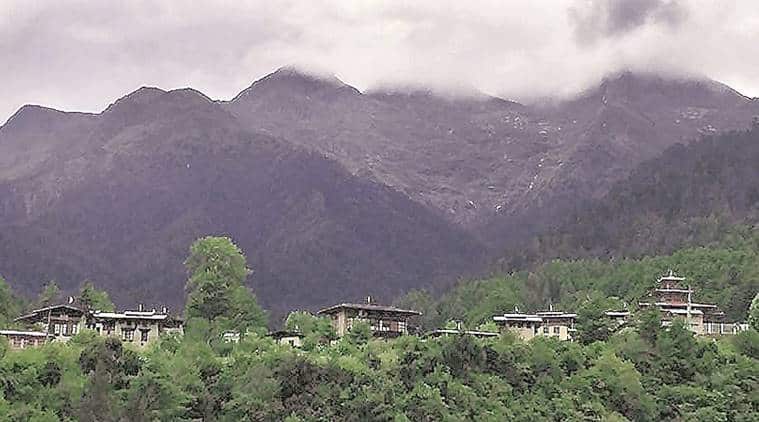 Senior military commanders agree that the presence of Chinese troops and infrastructure means that status quo ante hasn’t been restored in the general area. (Express Photo by Partha Paul)

On Thursday, the Ministry of External Affairs issued a clarification on Doklam: “It may be recalled that last year, the faceoff situation that had arisen in the Doklam region was resolved following diplomatic discussions between India and China, based on which both sides arrived at an understanding for the disengagement of their border personnel at the faceoff site.” The careful choice of words echoed the Ministry’s statement issued on August 28, 2017, when the “disengagement” ended the 73-day face-off in the Dolam plateau of Doklam area.

“Disengagement” was widely interpreted as complete withdrawal by both sides, with the situation on the plateau having been restored, in terms of troops and infrastructure, to the situation of June 16, when the crisis began with the movement of Chinese border guard personnel and track construction equipment into Dolam. However, as The Indian Express reported on September 7, the two sides had only moved back by a couple of hundred metres from the faceoff site. This paper subsequently reported that Chinese troops continued to be present barely a kilometre behind the faceoff site, and had built semi-permanent and temporary infrastructure in the area.

These facts were confirmed by Army Chief General Bipin Rawat during his annual press conference on January 12. “So hereinafter, what happened is that the Chinese have stayed put in that area…,” Gen Rawat said. “The disengagement said that we should not have a face-to-face confrontation, because here we were face-to-face. We said we should separate out. That separation has taken place.”

The Chief added, “We have come back from where we had stepped in, (and returned) to our own territory. We are now on the watershed. And the Chinese too have gone back that much distance. But behind that, they have continued to maintain themselves.”

While the MEA’s January 18 clarification did not contradict Gen Rawat’s statement, it did say that the “government would once again reiterate that the status quo at the faceoff site has not been altered”, and “any suggestion to the contrary is inaccurate and mischievous”. This has led to some confusion about the ground situation in Dolam. It has also raised a few important questions.

The first question is about the continued presence of Chinese troops in the area. This is territory that has been controlled by the Chinese, even if India believes that it is Bhutanese territory. A senior military commander who personally dealt with the Doklam crisis said, “Earlier, these Chinese soldiers used to stay in four storey, centrally heated buildings kilometres away; now we’ve forced them to stay in bunkers like us. This is a moral victory for us.”
The second question is about the Chinese infrastructure. The temporary observation posts and toilets that were constructed by the Chinese a couple of score metres behind the faceoff site continue to stand, unoccupied. They are in an area which has been, and is, de facto Chinese, and India is in no position to destroy them. Further behind, the Chinese have built shelters for stores and soldiers, besides creating more elaborate infrastructure deeper in the Chumbi Valley.

The third question is about the restoration of status quo ante as on June 16. Senior military commanders agree that the presence of Chinese troops and infrastructure means that status quo ante hasn’t been restored in the general area. But they also assert that it does not pose an enhanced military threat to India in Dolam, as India has the tactical advantage of terrain and the number of troops at the site. As the senior military commander put it: “These are all face-saving measures by the Chinese, where they have put a flag and a quarter guard in these shelters. It would be foolish of them to come again and make the road.”

A couple of other questions can be answered more satisfactorily now. Who in the Chinese hierarchy ordered the extension of the track in Dolam from the point it had been constructed up to in 2003, to the Jampheri ridge? Was it President Xi Jinping, the general staff in the Central Military Commission, the Western Military Theatre Command, or the Tibetan Military Commander?

Five months after the standoff ended, senior military commanders are certain that the track construction was ordered by General Zhao Zongqi, commander of the Chinese Western Theatre Command. General Zhao, who took over as Western Theatre Commander in February 2016 after being personally chosen by President Xi, had served in Tibet for over two decades, including as commander of 52 Mountain Brigade in the early 1990s.

Even before the faceoff in Doklam, Chinese border troops had been telling Indian soldiers in daily interactions at multiple points on the Line of Actual Control (LAC) that General Zhao had walked each of these tracks with military patrols over 20 years, and had been rarely confronted by the Indians. As the Indian deployment has increased over the past decade, General Zhao is unwilling to accept the challenge to Chinese claims. Not only in Doklam, but also at other places on the LAC, they have attempted track construction, representing what a senior Indian military commander said was “an ego issue for General Zhao”.

Another question that can now be answered: why did the disengagement not lead to a restoration of status quo ante, as with the Depsang and Chumar crises of 2013 and 2014? Diplomats who negotiated those two crises told The Indian Express that in both those cases, a written agreement was signed in Beijing, explicitly stating that status quo ante as on a date preceding the crisis would be restored. This was evidently not the case at Doklam, primarily because the faceoff was on territory that is disputed between Bhutan and China, and India-China bilateral mechanisms could not be readily applied.

For India, there were many positive takeaways from Doklam. The Army had monitored the Chinese when they carried out the track alignment exercise in October and December 2016, and was prepared. The local Indian Brigade commander confronted the Chinese within 90 minutes of getting orders, and 450 soldiers were deployed in the next 12 hours to stop the track construction. No political constraints were put on the military commanders, and there was no physical contact between the sides during the faceoff. The resolve India displayed in deploying in another country’s territory took the Chinese completely by surprise — and they had no plan for this eventuality. The Army did not flinch even when the Chinese replaced their border guarding troops with Special Forces soldiers and high-end ISR equipment, and remained unaffected by the Chinese propaganda over loudspeakers at the site. No intelligence was available to the field commanders prior to or during the faceoff, and that could be detrimental at other places on the LAC where the Chinese have walk-in options.

The Chinese assertion through continued deployment has diplomatic connotations for India’s neighbourhood, particularly with regard to Bhutan. It has been assessed that the Chinese had reached seven steps on their 10-step escalatory ladder in Doklam; it is important that India addresses Doklam’s diplomatic fallouts expeditiously.

Monaco moves up to 3rd after beating Metz 3-1, Nice wins