Farmer protests: Why the govt should not allow the positions to harden 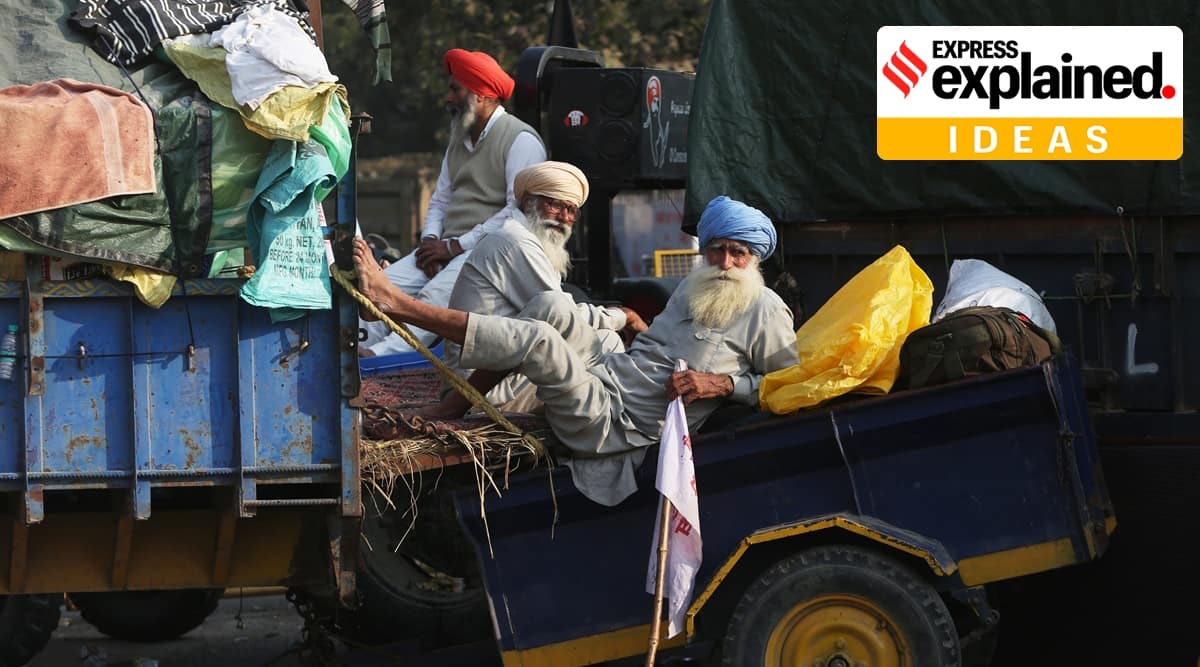 In his opinion piece in The Indian Express, Sucha Singh Gill, senior professor at Centre for Research in Rural and Industrial Development, writes that at present, there are wide differences between the government and the agitating farmers on the anticipated outcome of the new farm laws.

He warns that the positions are hardening every passing day, and the protest movement is only growing stronger.

“For the survival of farmers, the leadership demands the repeal of the three laws, and an assurance that MSP and procurement by FCI will continue. The government has the option to accommodate the farmers and dispel their fears over MSP and market clearance. This can help avoid a prolonged standoff,” he states.

The present farmers’ movement began to take shape in Punjab when the three ordinances were promulgated in the first week of June. He explains how the farmers decided to remain completely peaceful while trying to register their disapproval of the legislative changes. 📣 Follow Express Explained on Telegram

The government, however, argues that these laws facilitate the farmers to sell anywhere in the country to get maximum prices. It also argues that contract farming can provide pre-determined prices to farmers contracted in advance and that this will ensure prices higher than the MSP. The government argues that this will happen because intermediaries between buyers and sellers will be abolished in the process.

“The government’s arguments are fallacious and based on theoretical propositions,” states Gill. “The abolition of APMC markets and middlemen/commission agents in Bihar did not lead to better prices for farmers, who get prices far below MSP from traders who later sell in other states at higher prices and earn higher profits”.

Also read | Explained Ideas: Why liberalising Indian agriculture is not in sync with what other countries do

Most farmers (86 per cent) in India are small and marginal who can sell in only local markets. The unquestioned trust which the government has in corporates is equally matched by the trust deficit of farmers who have had bitter experiences with them, he points out.

“India’s farmers have lost much since 1991 because of the freeing of input prices and the collapse of health and education services in rural areas. This has been complicated by the degradation of soil and the environment, adding to diminishing productivity and increasing costs. The latest move to raise diesel prices has also hurt. The bill to amend the Electricity Act 2003 has created apprehensions in the mind of the farmers regarding the withdrawal of the power subsidy,” he points out.

Education is one of the blessings of life, and one of its necessities: Malala Yousafzai