Shershaah: Why the story of Captain Vikram Batra has enduring appeal

We revisit the story of Captain Vikram Batra, and his contribution to India's victory in the Kargil conflict. 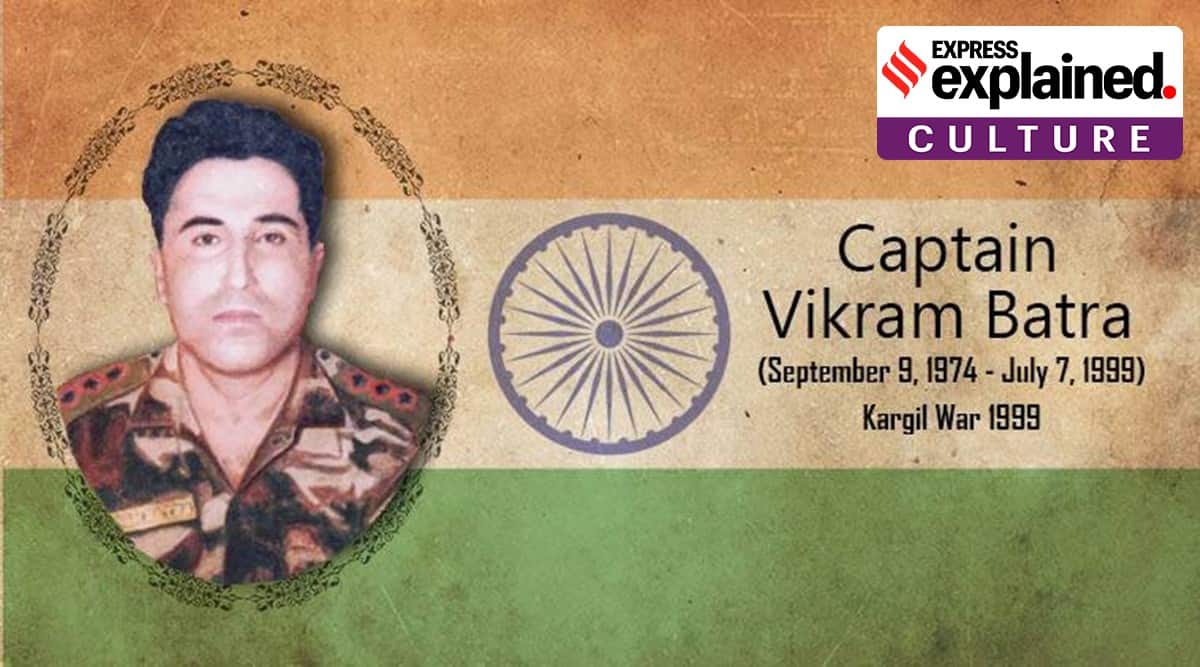 A recently released Hindi film, Shershaah, has brought the spotlight back on Captain Vikram Batra, a war hero who had been martyred during the Kargil war of 1999. The film, which stars Sidharth Malhotra and Kiara Advani in key roles, started streaming on Amazon Prime Thursday, in time for the 75th Independence Day of India. We revisit the story of Captain Vikram Batra, and his contribution to India’s victory in the Kargil conflict. Batra was awarded the Param Vir Chakra, India’s highest gallantry honour for his valour, posthumously.

Captain Vikram Batra was born to a family of teachers, his father a principal of a government school and his mother a school teacher. Batra was active in sports during his school time, especially in table tennis and karate, in which he was a green belt holder.

Batra attended the DAV college in Chandigarh, enrolling in Bsc Medical Sciences. It was during his stint at the DAV college that he became a cadet with the National Cadet Corps (NCC). He was adjudged the best NCC Air Wing cadet of Punjab Directorate, North Zone, during the inter-state NCC Camp. Batra soon worked his way up to become the Senior Under Officer at his NCC unit and eventually marched at the Republic Day Parade in 1994. That’s when he told his parents he wanted to join the army.

Batra also had an offer from a shipping company headquartered in Hong Kong to join the merchant navy. But Batra declined the offer and enrolled in a MA English course at Panjab University instead, so he could prepare for the Combined Defence Services (CDS) exam.

Batra took the CDS exam and was selected by the Services Selection Board (SSB) at Allahabad in 1996. In the order of Merit, Batra was among the top 35 recruits. After completing an year in his MA course, Batra joined the Indian Military Academy(IMA) in Dehradun and was part of the Manekshaw Battalion.

He completed a rigorous 19-month training course and was commissioned into the Indian Army as lieutenant in the 13th battalion, Jammu and Kashmir Rifles. He received his first posting to Sopore, Baramulla, after he underwent additional training in Jabalpur, Madhya Pradesh. Sopore was an area of significant militant activity, and Batra had many skirmishes with the militants. Batra also undertook the Commando course in Belgaum and was awarded the highest honour — that of an Instructor’s Grade.

Batra’s battalion, the 13 JAK Rifles came to Drass in early June. By then, the Kargil conflict had been underway for a month and had escalated to a full-out war. Irregular and regular Pakistani troops had infiltrated into the Indian side of the Line Of Control and captured strategic Indian territories. The Indian Army, with the help of the Indian Air Force, had launched Operation to reclaim the territories.

Batra’s battalion, the 13 JAK Rifles were to act as reserves to the 2nd battalion, the Rajputana Rifles. The 13 JAK Rifles played a significant role in the capture of Point 5140 under the leadership of Lt Col. Yogesh Kumar Joshi. It was during the briefing for the capture of Point 5140 that Batra used the phrase ‘Yeh Dil Mange More’ – taken from a popular Pepsi ad campaign – as his success signal.

Batra was severely injured during the attack, but he killed three enemy combatants and a large number of arms and ammunition were recovered. India didn’t suffer a single loss of life during the capture of Point 5140. In fact, the victory started off a string of successful recaptures, and the Indian army captured Point 5100, Point 4700, Junction Peak and the Three Pimple Complex.

Lieutenant Batra’s triumph at Point 5140 had been played across on national TV. General Ved Prakash Malik, the then Chief of Army Staff had called Batra up personally to congratulate him on the triumph. Batra, who was still a lieutenant at that point, was promoted to the rank of a Captain.

In the meanwhile, his battalion the 13 JAK Rifles was sent to Mushkoh valley, under the command of 79 Mountain Brigade. The battalion was assigned the task of recapturing Point 4875, a peak that held significant strategic importance, for it dominated National Highway 1, right from Dras to Matayan. It made a stretch of about 35-40 kilometres of national highway come under direct observation of the Pakistani forces, and they could easily watch the Indian army’s movements and troops movements.

Batra was unwell with fever and was recuperating in a sleeping bag. After initial reconnaissance, the operation was launched at night. The assault continued all night, with Indian forces facing stiff enemy fire from Pakistani snipers. Point 4875 was captured, and so was Area Flat Top an adjacent peak. But immediately after that, enemy forces launched their first counter offensive to recapture Area Flat Top. The Indian army was holding the area under Captain NA Nagappa, and they had fended off the first counter attack. Nagappa was injured. At the same time, the Pakistani forces started a second counter-attack to gain back Area Flat Top.

At this stage, Batra volunteered himself as reinforcement for the attack. Several other soldiers of his company offered to accompany him, without official orders. Many even risking a court martial. Batra, accompanied by 25 other men, prayed at a Durga temple and left in the middle of the night to recapture the feature.

The battle continued till daylight. Batra killed four enemy soldiers and successfully defended Area Flat Top. He was evacuating an injured soldier when he was hit in the chest from an enemy sniper and a second later was hit by a Rocket Propelled Grenade(RPG). Batra breathed his last next to his fellow company man.

Captain Batra was awarded the Param Vir Chakra on August 15, 1999. The award was received by his father on January 26, 2000, during the Republic Day Parade by President KR Narayanan.

Part of the citation read “ …Despite sustaining grave injuries, he crawled towards the enemy and hurled grenades clearing the position with utter disregard to his personal safety, leading from the front, he rallied his men and pressed on the attack and achieved a near impossible military task in the face of heavy enemy fire. The officer, however, succumbed to his injuries.

Inspired by his daredevil act, his troops fell upon the enemy with vengeance, annihilated them and captured Point 4875. Captain Vikram Batra, thus, displayed the most conspicuous personal bravery and leadership of the highest order in the face of the enemy and made the supreme sacrifice in the highest traditions of the Indian Army.”

Captain Batra has been recognised across the country for his valour and bravery. Given his role in the capture of Point 4875, the mountain has been named Batra Top. The Service Selection Centre in Allahabad has named a hall as the Vikram Batra Block. The IMA in Dehradun has named a cadet’s mess as the Vikram Batra Mess. The Mukarba Chowk and its flyover have been renamed Shaheed Captain Vikram Batra Chowk.

The film, Shershaah, revisits the life and journey of Captain Vikram Batra, complete with his relationship with Dimple Cheema. In the film, actor Kiara Advani plays the role of Cheema. It’s not the first time that Batra’s life has been captured on screen, In the 2003 war film LOC:Kargil, actor Abhishek Bachchan essayed the role of Vikram Batra.