Explained: Why Gurdas Maan was not allowed to address farmers at Singhu border

Why wasn't legendary Punjabi singer Gurdas Maan allowed to speak at the farmers' dharna from the Singhu border stage? 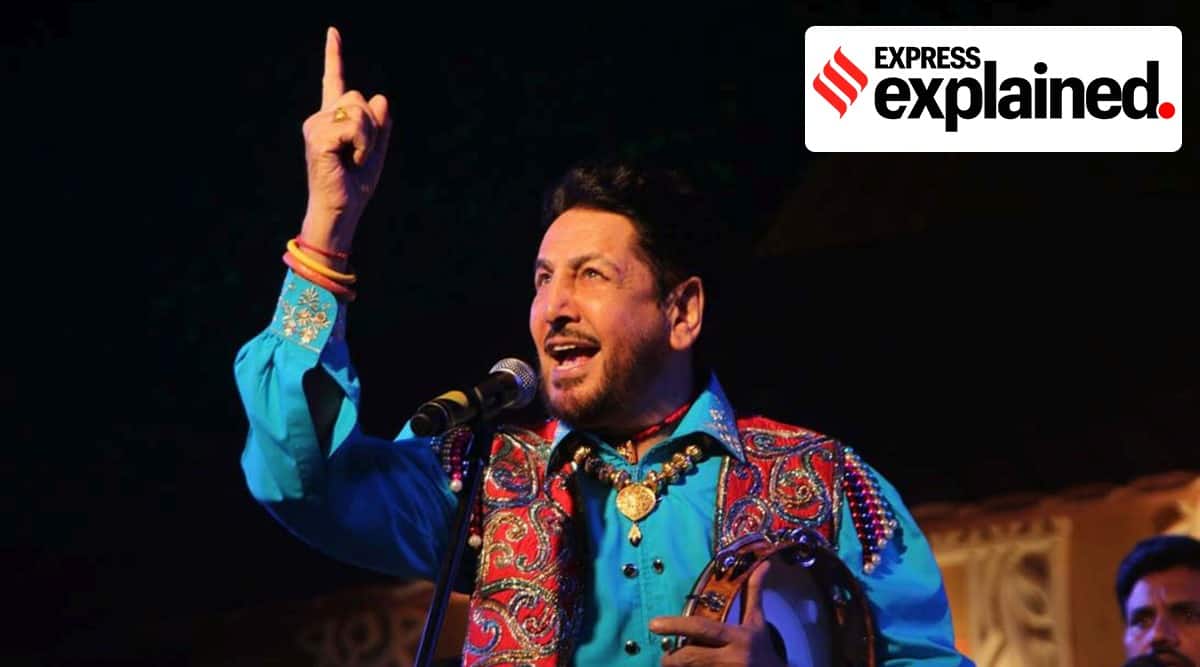 Legendary Punjabi singer Gurdas Maan was not allowed to speak at the farmers’ dharna from the Singhu border stage. Although stage managers were ready to give him time, youngsters in gathering strongly opposed the idea.

While some accuse Maan of speaking late in farmers’ support, this, however, is not the reason behind the anger of those protesting against him. Strange as it may sound, the legendary singer’s detractors accuse him of of disrespecting Punjabi language.

Row over disrespect to Punjabi

While both Panchi and Rajpal apologised to Punjabi writers and language lovers for ‘hurting their sentiments’, the controversy raged on social media, with even Akal Takht Jathedar weighing in on the matter.

How Gurdas Maan got involved?

As the controversy raged, Punjabi singer Gurdas Maan was on Canada tour where he was asked to react on the matter during a radio show on September 20, 2019.

Maan responded, “These are controversies created by useless people. All they do is criticism on social media. But those who really want to promote their mother tongue and culture continue to work with dedication.”

He added, “People are debating over Hindi. I would say there should be Hindustani which should include words from Urdu and Punjabi too.

There is nothing wrong in it. People watch Hindi movies and listen to Hindi songs. If you can listen to Hindi, then you can also read it. You should learn every language without rejecting whatever you have.”

“It is must that one nation should have one language. So that person can communicate even in the south. And if you are not able to communicate there then what is use of being ‘Hindustani’. France has their own language and Germans too. Then if our country starts speaking one language then what is the harm? If we are stressing so much on mother tongue (Punjabi) then we should also focus on (Massi) the mother’s sister (Hindi),” he had elaborated.

Maan stood by his words

There was hue and cry over Gurdas Maan’s statement in Punjab. However, it didn’t affect him much and he stood by his statement in a press conference held day after the radio talk show.

He again said, “It is must to love respect and teach mother tongue. But ‘Massi’ also have its own importance. When we talk about whole India then it is our mother and we should respect its language. There must be one nation, one language.”

What went against Maan

A day later, Gurdas Maan had a show in Surrey, Canada. Many protesters turned up for event and wanted Gurdas Mann to apologise. However, Gurdas Maan was not ready to budge and he used abusive language for protesters.

It was the moment when Gurdas Mann lost many supporters who were ready to give him benefit of doubt.📣 Follow Express Explained on Telegram

After this incident, Gurdas Maan faced several protests in the state. He also faced protest in Kolkata. He even had to cancel some shows due to protests.

While he seemed disturbed by such protests, he didn’t change his mind. During in one of his show in November 2019, he went on saying,” You must teach Hindi to your children. Sticking only to Punjabi would limit you where you are.”

It was alleged that his stance on ‘one nation, one language’ was related to his alleged aspirations to join BJP.

There has been continuous trolling of Gurdass Mann on his social media accounts.

It was only last week that Gurdas Mann attempted a clarification over the whole controversy.

In a recorded message, he said: “You can abuse me, but kindly don’t take away my claim over Punjabyat from me. It is what I have earned and lived. It was a small issue, which was not a mistake, but it was presented as mistake. I was asked to respond to a controversy over Punjabi in Punjab. I only said that there should be one language for the whole nation. It is a national language. But I never meant that Punajbi should be removed from Punjab. I have always showered praises on Punjabi. Anyways, everyone has to see good and bad days.” The cultural icon even pointed out his famous song, ‘Punjabiye Zabane’, to say that how can people believe that someone who composed that song would insult Punjabi.

In this video, he also countered the allegations that he was too late to speak in support of protesting farmers.

Explained: In previous term, when NDA govt withdrew an Ordinance amid protests