Explained: Why World Polio Day is observed on October 24, where India stands

As per the CDC, Afghanistan and Pakistan are the last strongholds of the wild poliovirus. In Pakistan, the number of reported wild poliovirus cases has increased in 2020. 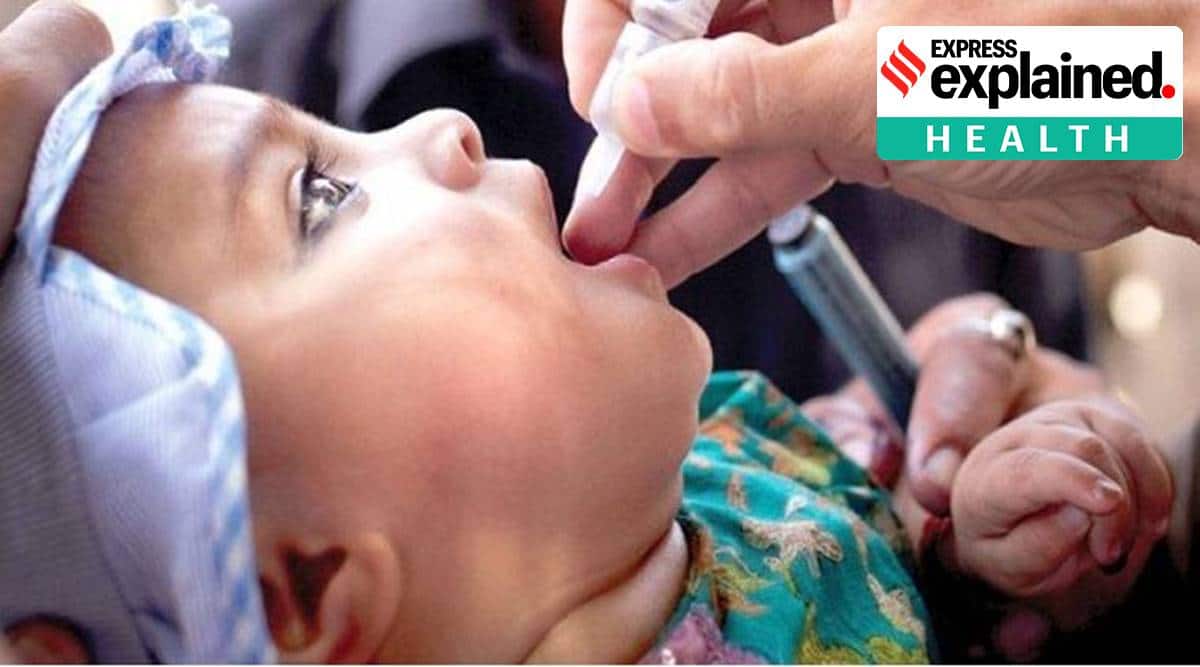 India was declared polio-free in January 2014, largely thanks to the pulse polio campaign. (Photo: File/PTI)

October 24 is observed as World Polio Day every year in order to call on countries to stay vigilant in their fight against the disease. As per the WHO, since 1980, the cases of wild poliovirus have decreased by over 99.9 per cent as a result of vaccination efforts made around the world.

World Polio Day was established by Rotary International over a decade ago to commemorate the birth of Jonas Salk, who led the first team to develop the vaccine against the disease.

In the last three decades, the Global Polio Eradication Initiative (GPEI), led by national governments and the WHO, has been monitoring the disease situation globally.

According to the US Centers for Disease Control and Prevention (CDC), “Polio is a crippling and potentially deadly disease that affects the nervous system… Because the virus lives in the faeces (poop) of an infected person, people infected with the disease can spread it to others when they do not wash their hands well after defecating (pooping). People can also be infected if they drink water or eat food contaminated with infected feces.

Most people with polio do not feel sick. Some people have only minor symptoms, such as fever, tiredness, nausea, headache, nasal congestion, sore throat, cough, stiffness in the neck and back, and pain in the arms and legs. In rare cases, polio infection causes permanent loss of muscle function (paralysis). Polio can be fatal if the muscles used for breathing are paralyzed or if there is an infection of the brain.”

The virus multiplies in the intestine, from where it can invade the nervous system and can cause paralysis. Once that happens, the patient is crippled for life because there is no treatment for the affliction. Polio infection, however, can be easily prevented by a vaccine.

There are three variants of the poliovirus, numbered 1 to 3. For a country to be declared polio-free, the wild transmission of all three kinds has to be stopped. For eradication, cases of both wild and vaccine-derived polio infection have to be reduced to zero. 📣 Follow Express Explained on Telegram

Which are the countries where the disease has seen recent outbreaks?

In 2019, polio outbreaks were recorded in the Philippines, Malaysia, Ghana, Myanmar, China, Cameroon, Indonesia and Iran, which were mostly vaccine-derived (a rare strain of the virus genetically mutated from the strain in the vaccine. According to the WHO, if the oral vaccine-virus is excreted and allowed to circulate in an un- or under-immunised population for at least 12 months, it can mutate to cause infections).

As per the CDC, Afghanistan and Pakistan are the two countries that are the last stronghold of the wild poliovirus. In Pakistan, the number of reported wild poliovirus cases has increased in 2020.

On the other hand, on August 25, the African Region was certified as wild poliovirus free. As per the CDC, as of October 7, there were more than 440 cases of poliovirus around the world, as compared with 378 and 71 cases globally in 2018 and 2019 respectively.

What is India’s situation with regard to the disease?

India was declared polio-free in January 2014, after three years of zero cases, an achievement widely believed to have been spurred by the successful pulse polio campaign in which all children were administered polio drops. The last case due to wild poliovirus in the country was detected on January 13, 2011.