Explained: Why Uttarakhand will have a second capital in Gairsain

Now, with the announcement of Gairsain as the summer capital, there is a lack of clarity on the status of Dehradun. 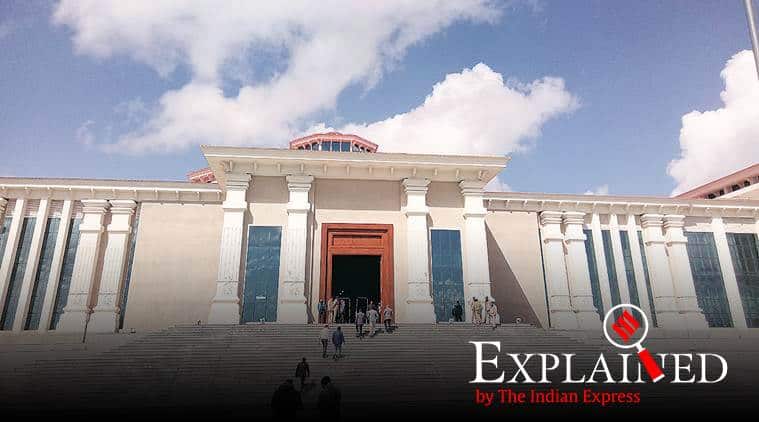 With Governor Baby Rani Maurya giving her assent for declaration of Bhararisen (Gairsain) in Chamoli district as the summer capital of Uttarakhand Monday, a two-decade-long wait of the hill region came to an end. It is expected that the declaration of a summer capital in the region will expedite development of the hilly areas. The development came three months after Chief Minister Trivendra Singh Rawat announced in the Budget Session of the Assembly held in Gairsain that the town will become summer capital of the state.

Gairsain, a tehsil in Chamoli district, is located nearly 270-km from existing temporary capital of Dehradun. Even when Uttarakhand was carved out as a separate state from Uttar Pradesh on November 9, 2000, statehood activists had contended that Gairsain was best suited to be the capital of the mountainous state since it was between both Kumaon and Garhwal regions. But it was Dehradun in the plains that was names the temporary capital.

WEBINAR: Unlockdown, And After: What Holds For The Jobs Market As Economy Contracts
In conversation with Manish Sabharwal, Chairman & Co-Founder, TeamLease Services Ltd; Director, Central Board of @RBI

The issue is largely political. In its Vision Document, released before the 2017 Assembly elections, the BJP had promised to equip Gairsain with top-class infrastructure and consider declaring it as a summer capital with the “consensus of all”.

Officials in the government recall that former CM Vijay Bahuguna (then as Congress leader) had held first cabinet meeting in Gairsain in the local block office building in 2012. It was then announced that Gairsain will host at least one session in a year. Bahuguna had also laid foundation stone of a Vidhan Sabha building in Gairsain in January 2013. Hence, the Congress seeks credit for taking the first steps in anointing Gairsain as summer capital of the state. Harish Rawat and the present BJP government too have held Assembly sessions in Gairsain.

Developed in an area of 47-acres, the Vidhan Sabha complex in Bhararisen stands at a height of 2380-metre from the sea level, making it a cold location for the entire year. Sources in the government said the complex has been developed at a cost of around Rs 150 crore.

The building is opened only for a few days a year and is kept closed for the remainder. When a session is convened, files as well as officers and staff from Vidhan Sabha and Secretariat in Dehradun make the 10-hour journey here and return as soon as the proceedings end.

Now, with the announcement of Gairsain as the summer capital, there is a lack of clarity on the status of Dehradun. In fact, the recently published directory of the state Information department still mentions this colonial town as the temporary capital.