Explained: Why fuel prices are inching towards Rs 100 in Delhi

The price of crude oil has risen sharply in 2021 on the back of a recovery in global demand as the world economy recovers from the Covid-19 pandemic. 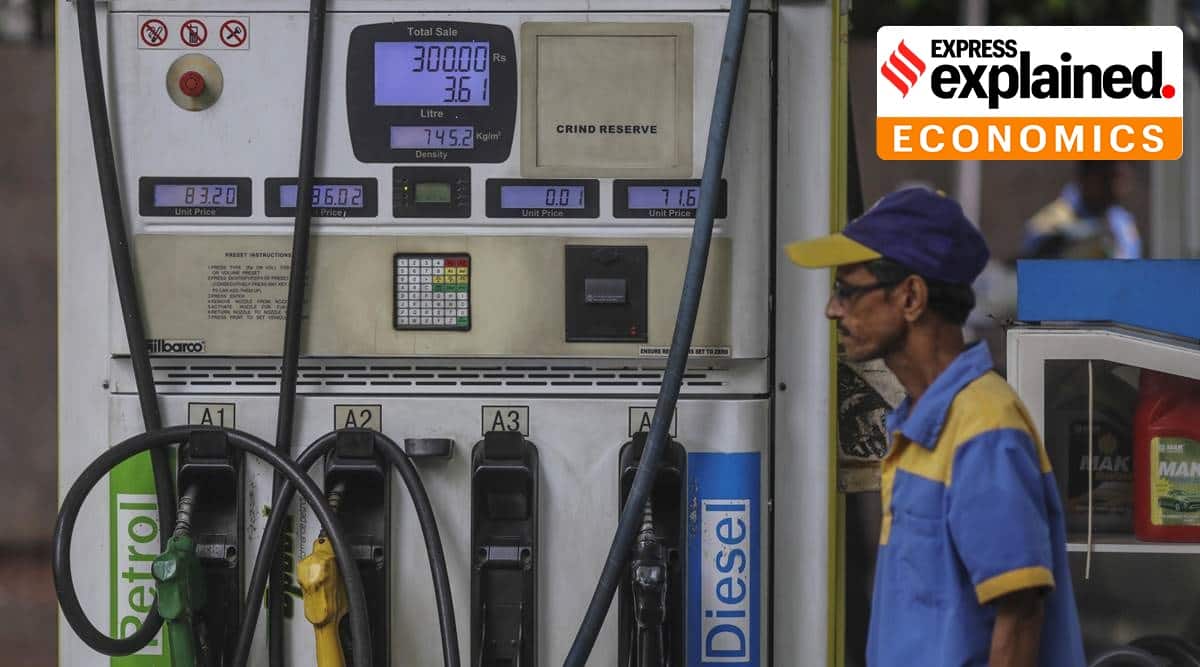 The price of petrol is nearing Rs 100 per litre in the national capital and has already crossed the Rs 100 per litre mark in 13 states and union territories. Oil marketing companies hiked the price of petrol by 35 paise per litre on Monday in the 35th hike in petrol prices since the beginning of May. The prices of both petrol and diesel have risen by over 10.5 per cent across the country since the beginning of May when OMCs resumed price hikes after halting price hikes for 65 days as a number of states went to elections. We examine why prices have been rising consistently in 2021.

The OPEC+ group of petroleum exporting countries have extended supply cuts made in 2020 when crude oil prices had reached a low of under $19 per barrel through the first six months of 2021. Saudia Arabia had notably made an additional voluntary production cut of 1 million barrels per day between February and April to boost crude oil prices further. The decisions by OPEC+ to restrict supply despite rising demand has contributed significantly to rising crude oil prices which have in turn pushed up petrol and diesel prices.

In June 2013, when India’s average crude basket was at $101 per barrel, petrol was retailing at Rs 63.09 per litre or about Rs 76.6 per litre when adjusted for the depreciation in the value of the rupee against the US dollar since then.

Similarly, in October 2018 when the average cost of India’s crude oil basket was at $80.1 per barrel, the price of diesel peaked at Rs 75.7 per litre.

What is the impact of taxes?

In Delhi, central and state taxes account for about 55.8 per cent of pump prices of petrol and about 50.2 per cent of the pump price of diesel. The central government had in 2020 hiked the excise duty on petrol by Rs 13 per litre and on diesel by about Rs 16 per litre to shore up revenues as the Covid 19 pandemic led to a sharp fall in economic activity.

While a number of states including Rajasthan, West Bengal, Assam and Meghalaya have reversed hikes in state levies imposed during the pandemic, the central government has not cut central taxes despite calls from the RBI that taxes on auto fuels should be cut to curb inflation.

Petroleum minister Dharmendra Pradhan has noted that he is hopeful of a fall in the prices of crude post the July meeting of the Organisation of Petroleum Exporting Countries. However, there have been disagreements between UAE and other members of the OPEC+ group whether oil producers will extend a pact to cut supply production through December 2022 which have led to no conclusive agreements to boost supply so far.

Global warming is changing summer camp s’more than you think