In the 1990s, Algeria was gripped by a bloody civil war between the military establishment and Islamist groups. It was during the conflict, in 1994, that Salah was appointed as the head of Algeria's land forces. 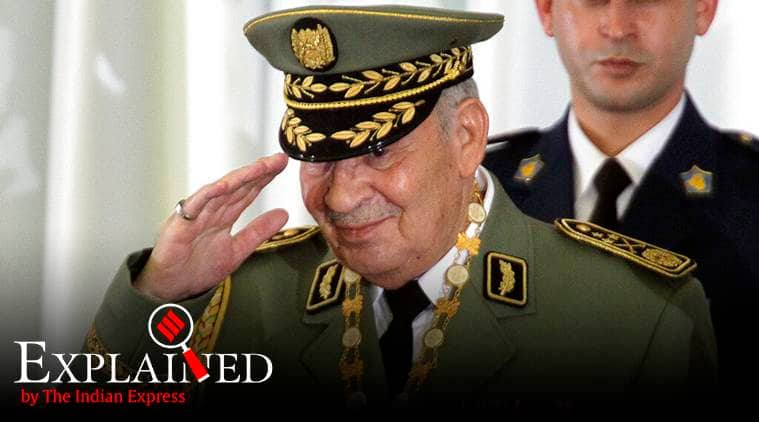 After the resignation of long-time dictator Abdelaziz Bouteflika, Salah was among the principal leaders in Algeria and oversaw the administration’s strategy in dealing with protests that have raged in the country for most of this year.

Who was Lt Gen Gaid Salah?

In the 1990s, Algeria was gripped by a bloody civil war between the military establishment and Islamist groups. It was during the conflict, in 1994, that Salah was appointed as the head of Algeria’s land forces.

In 2004, he was made army chief by former president Bouteflika. At the helm of the military, Salah helped Bouteflika tighten his grip over the country.

Earlier this year, after mass protests against corruption and rising food prices, Salah pushed for Bouteflika’s resignation, and the latter had to quit in April. Since then, Salah emerged as the most powerful figure in Algeria.

Even as Bouteflika was deposed, protests in the country continued to surge, as they saw the same power structure continue.

During this period, Salah became the principal figure in “Le Pouvoir” or “The Power”, a French term that Algerians use to refer to the ruling elite. Salah oversaw the military’s strategy in dealing with the protests.

Earlier in December, Alegria conducted national elections that Salah had pushed for, but the exercise was rejected by protesters who demanded a change in the country’s political structure first. Many also asked for Salah’s resignation.

The Algerian protests, which have raged for almost the entire year despite being without any formal leaders, continue to demand a major change in the country’s leadership from military to civilian rule.

Abdelmadjid Tebboune, who became President after the December 12 elections, has named General Said Chengriha, who belongs to the same generation of powerful generals as Salah, as the new acting chief of staff.

Protesters are now contemplating whether to accept President Tebboune’s offer of dialogue, who is seen as a puppet of the military leadership.

South Africa vs England: Problems aplenty for both the teams ahead of series