Empathetic to LGBTQ Catholics, Wilton D Gregory has often spoken about holding conversations with parents, and the families’ need to be included into the fabric of the Catholic Church. On Sunday, Pope Francis surprised pilgrims and the faithful with his announcement of 13 new cardinal electors, who would be qualified to vote his successor at the conclave. They come from eight countries, including Italy, Rwanda, Chile, Brunei and Mexico. The spotlight was, however, on Archbishop Wilton D. Gregory of Washington D.C., the first African American prelate among them.

Who is Wilton D Gregory?

The 73-year-old, who has earned the coveted red cap, was born in Chicago and has been at the fore of multiple issues plaguing the Catholic Church in recent times.

Before Gregory was appointed Archbishop of Washington DC last year, he led the Archdiocese of Atlanta for nearly 14 years. During his time, the crisis of clergy sexual abuse had reached a crescendo. Under his leadership as president of the US Conference of Catholic Bishops, the church adopted the ‘Charter for the Protection of Children and Young People’.

Empathetic to LGBTQ Catholics, he has often spoken about holding conversations with parents, and the families’ need to be included into the fabric of the Catholic Church.

Issues he fought for

In June this year, Gregory was scathing in his criticism of President Donald Trump who posed with his wife Melania at the Saint John Paul II National Shrine in Washington. Riding on the protests of the murder of George Floyd and a curfew in the city, the Archbishop called it a photo op, which wasn’t deserving of the shrine. His detractors called it a ‘partisan attack’.

In May 2019, Gregory took over from Cardinal Donald Wuerl, who resigned because of allegations that he covered up multiple abuse scandals. In his speech, Gregory said, “I want to be a welcoming shepherd. We begin a journey together on undeniably choppy seas”.

In January 2017, Gregory was part of the Catholic Church representatives to appear at the Georgia courthouse to oppose capital punishment for the accused Steven James Murray, who killed Rev Rene Robert, a priest in St Augustine, Florida.📣 Follow Express Explained on Telegram

The chink in the armour

Gregory faced flak for his $2.2 million mansion, when he was Archbishop of Atlanta in 2014, and accepted blame in an interview with The Associated Press. He confessed he had not consulted his church members enough before building such an expansive residence. He finally considered selling the home. A Tudor-style 6,4000 sq ft mansion wasn’t in the best of taste against the frugality of Pope Francis.

In a webinar in August this year, on race issues with the US church, Gregory said, “It isn’t just the African American kids who need to see a Black bishop, it is the white kids that needed to see it.” He said the onus was on every individual to combat racism. “We know that there is systemic racism woven into almost every dimension of the American institution, but I’d like to focus the question of morality on the individual. That is, where is my heart?”

In one of his own reflections on “Repairing the World: A Shared Responsibility” (October 2017), he writes: “The world is broken in so many ways, because people are estranged and frightened, and that’s the healing and reparation that needs to take place – the bringing together of many different peoples, faiths, cultures, and traditions that share planet Earth… We truly have to look at this one planet that is our common home as a joint and shared home”.

Odisha OJEE 2nd round seat allotment result to be released tomorrow, here’s how to check 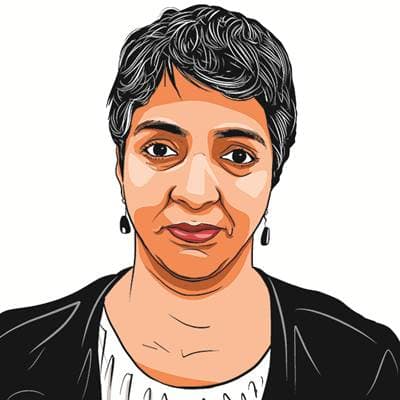