Explained: The bandits operating in Nigeria, who kidnapped 150 schoolkids

This is the tenth such attack and mass kidnapping of children since December 2020 in Nigeria. 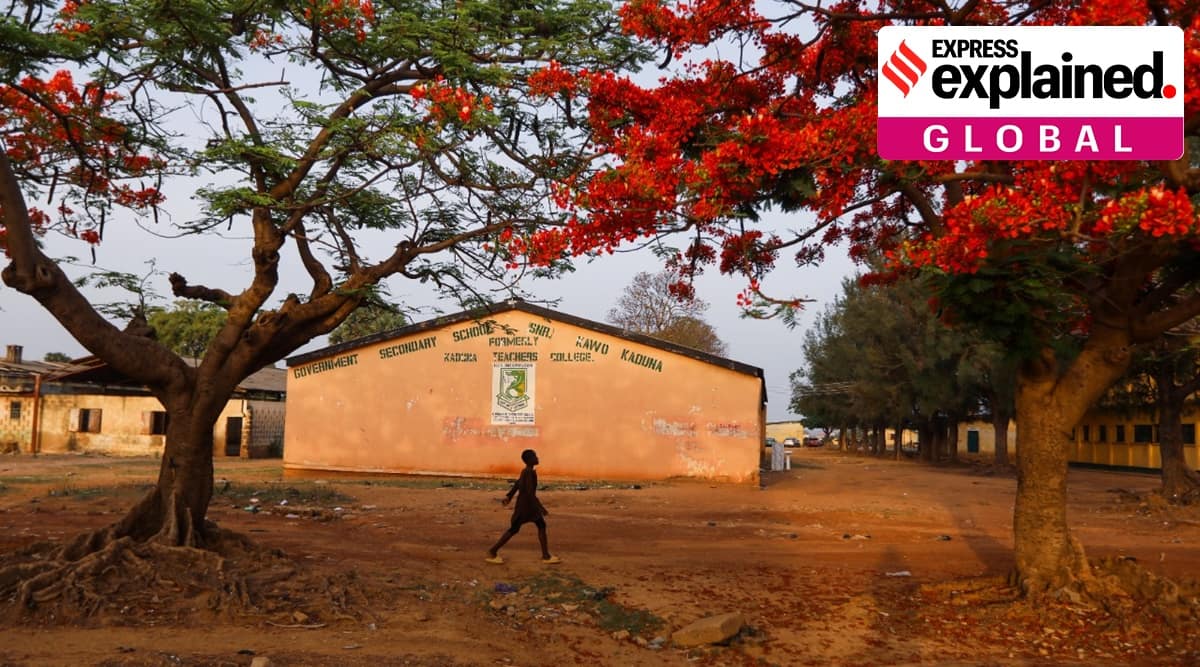 A boy walks inside the premises of a Teachers Training College in Nigeria's Kaduna, where a school was attacked recently. Picture taken in April. (Photo: Reuters)

In northern Nigeria’s Kaduna state, more than 150 students are missing after armed men raided a boarding school there. This is the tenth such attack and mass kidnapping of children since December 2020. Earlier in February, VOA news reported the abduction of 317 girl students from a government school in Zamfara state.

A Reuters report said that authorities in the area have attributed the most recent case of mass kidnapping to an armed group of bandits. These so-called bandits, which operate in Nigeria’s northwest, are “terrorizing civilians, destabilising the region, and empowering jihadists,” a report published in Foreign Policy said.

In May this year, the Nigerian army killed 48 bandits and rescued 18 abductees from Zamfara state, the Anadolu Agency reported. After heavy exchange of fire, the bandits fled, leaving behind AK-47 rifles, one G3 rifle and a machine gun.

Who are these bandits in Nigeria?

Mass kidnappings of school children are not unique to groups of bandits. In 2014, the Islamist group Boko Haram, which launched a rebellion against the Nigerian government in 2009, kidnapped nearly 300 girls from another boarding school in Chibok. The kidnapping garnered international attention and led to the campaign #BringBackOurGirls, which was supported by Michelle Obama.

About a decade since, Boko Haram, or Jama’a Ahl as-Sunnah Li-da’wa wa-al Jihad, as it is officially called, has spread from northeast Nigeria to the neighbouring west African nations of Niger, Chad and Cameroon. The group rejects western education, which it believes to be un-Islamic.

But armed banditry is a more recent problem and security challenge facing the Nigerian government, which has already failed so far in containing the violence initiated by Boko Haram. The American Security Project (ASP) notes that populations in northwest Nigeria have been facing the ever increasing threat of banditry, which is defined as a type of organised crime that includes kidnapping, armed robbery, murder, rape, cattle-rustling and the exploitation of environmental resources.

ACAPS, a non-profit which provides independent humanitarian needs analyses, said in its 2020 note on the country’s security situation that a “new humanitarian crisis” was emerging in Nigeria’s northwest. Mainly six states seem to be affected so far — Zamfara, Katsina, Sokoto, Kaduna, Niger and Kebbi.

According to the thank-tank Council for Foreign Relations, 1,100 people were killed in 2018 in these six states, over 2,200 were killed in 2019 and more than 1,600 fatalities were recorded between January – June 2020. Referring to figures from the UNHCR, the ACAPS note says that more than 247,000 people have been displaced internally so far as a result of the attacks.

How did this start?

Groups of bandits started operating in 2011 “as a reflection of violent competition for scarce resources”, of mainly farmers and herders. The situation was further aggravated because most herders belonged to different communities. When environmental changes caused land and water to become more valuable than before, there was a competition for them between different communities. Over the last one decade or so, this rivalry that was limited to being communal evolved into “lethal militia groups”.

Now, some people see banditry as a source of income as well, considering that the area where bandits are mostly active suffers from several problems, including youth unemployment, poverty and inequality. There are some other factors too, such as “the proliferation of small arms and light weapons, illicit artisanal mining” writes Nkasi Wodu, a lawyer and development expert based in Nigeria. Wodu says that the problem is exacerbated by the demoralised security forces who have been deployed in all but one out of 36 Nigerian states.

While governors of some states have tried to negotiate with the bandits, the talks have so far been unsuccessful, partly because the bandits broke the terms of agreements.

Ashoke Pandit announces film on athlete Pinki Pramanik: ‘It’s a story of fighting against all odds’