Explained: What are ‘unparliamentary words’ unfit for the House, and how are they compiled?

Ahead of the Monsoon Session, a row has erupted over a 50-page compilation of words deemed unfit for use in Parliament. What are unparliamentary words, and how is the list prepared? Why is there controversy over the new list? 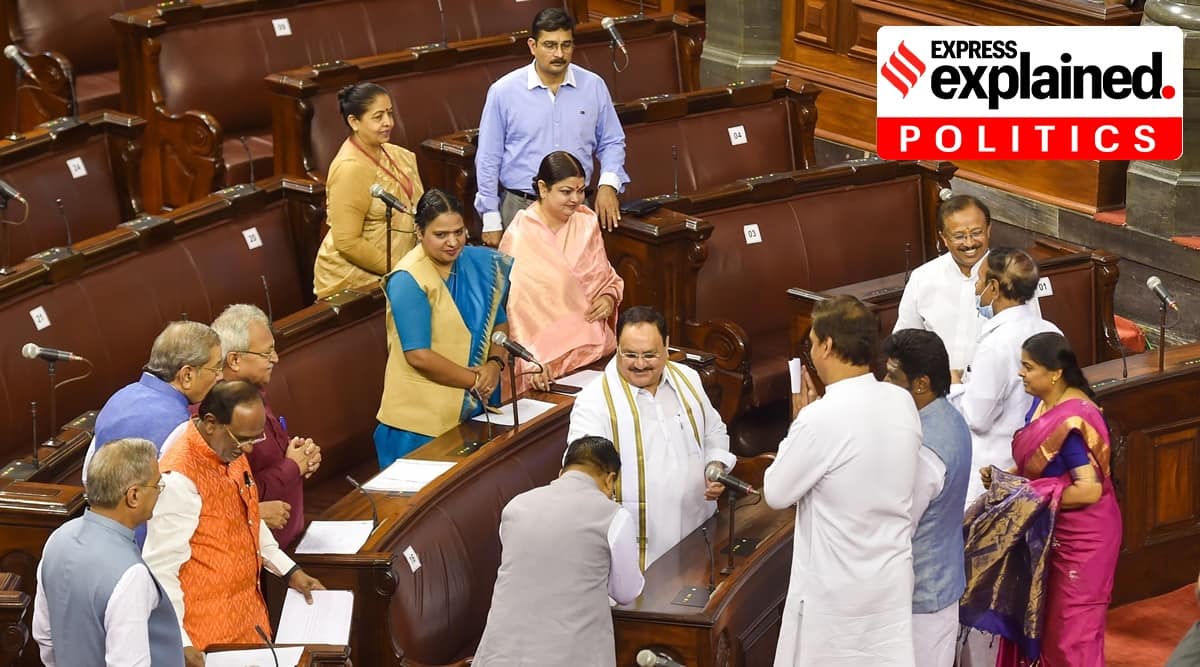 Ahead of the Monsoon session beginning July 18, a major row erupted Thursday over a 50-page compilation of words deemed unfit for use in Parliament, released by the Lok Sabha secretariat.

With opposition terming the unparliamentary words list a “gag order” meant to shield the Narendra Modi government against “criticism”, Lok Sabha Speaker Om Birla clarified that “no words had been banned”. He said that the decision to expunge words is the prerogative of the Chair.

Express View |As words that mark political debate, its cut and thrust, are declared ‘unparliamentary’

The new list has words and phrases disallowed not only in the Indian Parliament, but also in various state assemblies, as well as some parliaments of other countries.

It includes words that have been expunged from the records in both the Lok Sabha and the Rajya Sabha over the last few years.

While Article 105(2) of the Constitution lays down that “no Member of Parliament shall be liable to any proceedings in any court in respect of anything said or any vote given by him in Parliament or any committee thereof”, MPs do not enjoy the freedom to say whatever they want inside the House.

Whatever an MP says is subject to the discipline of the Rules of Parliament, the “good sense” of Members, and the control of proceedings by the Speaker. These checks ensure that MPs cannot use “defamatory or indecent or undignified or unparliamentary words” inside the House.

Rule 380 (“Expunction”) of the Rules of Procedure and Conduct of Business in Lok Sabha says: “If the Speaker is of opinion that words have been used in debate which are defamatory or indecent or unparliamentary or undignified, the Speaker may, while exercising discretion order that such words be expunged from the proceedings of the House.”

Rule 381 says: “The portion of the proceedings of the House so expunged shall be marked by asterisks and an explanatory footnote shall be inserted in the proceedings as follows: ‘Expunged as ordered by the Chair’.”

There are phrases and words, literally in thousands, both in English and in Indian languages, that are considered “unparliamentary”. The Presiding Officers — Speaker of Lok Sabha and Chairperson of Rajya Sabha — have the job of keeping such words out of Parliament’s records.

For their reference, the Lok Sabha Secretariat has brought out a bulky tome titled ‘Unparliamentary Expressions’.The last such book was published in 2009.

The book has several words and expressions that would probably be considered rude or offensive in most cultures. However, it also has stuff that is likely to be thought of as being fairly harmless or innocuous.

The state legislatures too are guided mainly by the same book, first compiled in 1999.

“At the time (1999), references were taken from debates and phrases declared unparliamentary by the pre-Independence Central Legislative Assembly, the Constituent Assembly of India, the Provisional Parliament, the first to the tenth Lok Sabhas and Rajya Sabha, state legislatures, and Commonwealth parliaments like that of the United Kingdom,” G C Malhotra, the former Lok Sabha Secretary General, had told The Indian Express back in 2012.

Malhotra was head of the editorial board of the 2004 edition of the book that ran into 900 pages.

“Depending upon rulings of the presiding officers, new words and phrases continue to be added to the list at regular intervals,” Malhotra had pointed out then.

According to K Srinivasan, former director, Lok Sabha secretariat, “If a member uses a word that could be unparliamentary or indecent and hurts the decorum or dignity of the House, the head of the reporting section sends it to the Speaker or the presiding officer citing relevant rules and precedence with a recommendation to expunge them.”

At the end of the session, a compilation of words removed from the records, along with reasons, is sent to the Speaker’s office, Sansad TV and the editorial service for information.

This editorial service section later prepares a list of all these expressions made in Indian Parliament, the state legislatures and other parliaments to release as the new addition to the existing list.

“The focus on expunging a remark is on the context. The context is important. We make it a point to remove the minimum number of words” Srinivasan said.

Before the television era, the reporters would automatically edit out words. For example, when a member used the word “lie”, they would write it as “untruth”.

“Once the live broadcast started, whenever such words were spoken, they were removed, instead of being replaced; and on the audio files, such words were replaced with a beep,” Srinivasan said.

“There may be an unparliamentary expression that has not been noticed by the Speaker. We used to inform the Chair and then remove it from the records after getting an order from the Chair.”

Although omitting words from the unparliamentary word list is not usual, the then Lok Sabha Speaker Sumitra Mahajan had removed the word ‘Godse’ from the list of unparliamentary words in 2015 after Shiv Sena MP Nashik Hemant Tukaram Godse had made a plea for its removal.

He had written to the presiding officers of both the Houses wondering how an MP’s surname could be considered “unparliamentary”.

Srinivasan pointed out that the word was first expunged in 1958 when a member equated the first Prime Minister Jawaharlal Nehru to Nathuram Godse, the assassin of Mahatma Gandhi, on the floor of the House and later again in 1962 it was expunged when another member equated Godse to Swami Vivekananda.

“But it is also contextual. A member cannot praise Nathuram Godse, but he can say Godse assassinated Mahatma Gandhi,” he explained.

Giving another example for the contextual usage, Srinivasan said: Once late BJP leader Sushma Swaraj said, ‘Ye Pakistan jhoot bol raha hai’. We could not remove the word ‘jhoot’, so we used it on record within quote marks.”

According to the latest list, words like ‘jumlajeevi’, ‘baal buddhi’, ‘Covid spreader’, ‘abused’, ‘ashamed’, ‘betrayal’, ‘chamchagiri’, ‘cheated’, ‘Snoopgate’, ‘anarchist’, ‘Shakuni’, ‘corrupt’, ‘corruption’, ‘coward’, ‘criminal’, ‘dictatorial’, ‘taanashah’, ‘tanashahi’, ‘vinash purush’, ‘Khalistani’ among others would be expunged if used during debates or otherwise in both the Houses.

There are other expressions that have been added to the list with the main focus being on the lines that had cast aspersions on the chair. These include: “You have double standards”; “You have to be fair”; “I curse you” and “Sir, why are you trying to gag my mouth? Don’t try to gag my mouth”.

On Thursday, in an attempt to allay the fears expressed by the Opposition, Lok Sabha Speaker Om Birla clarified that no words or phrases have been banned in Parliament and that the members have absolute freedom to express their views. The decision to expunge is taken only with the instruction of the Speaker or the Chairman and the government has no role in it, he said.