Explained: What is the incel movement?

The movement came into the spotlight yet again in the UK’s Plymouth, where a 22-year-old man named Jake Davidson shot dead five people, including a toddler, in what is widely being called the worst incident of its kind in British history since 2010. 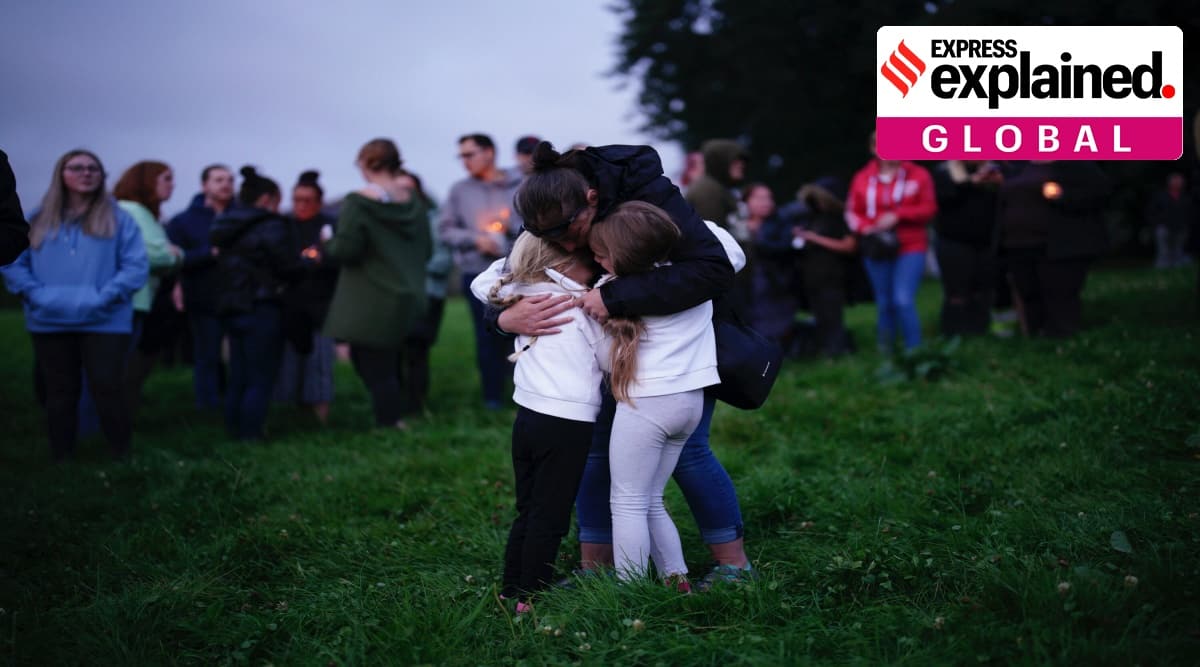 Plymouth: A woman embraces two children during a vigil for the victims of the Keyham mass shooting in Plymouth, England. (AP)

The ‘incel’ movement, a dangerous online subculture comprising men who identify as ‘involuntary celibates’ and regularly express deeply misogynistic views about women, is slowly becoming a threat to law and order, experts have warned.

The movement came into the spotlight yet again in the UK’s Plymouth, where a 22-year-old man named Jake Davidson shot dead five people, including a toddler, in what is widely being called the worst incident of its kind in British history since 2010. While Davidson, who later fatally shot himself, said he did not categorically see himself as an ‘incel’, a quick glance at his digital footprint tells a whole different story.

In several YouTube videos he posted before the brutal Plymouth shooting, Davidson references the movement and expresses disturbing opinions about women and sexually active people. He has also subscribed to channels and was an active part of online forums linked to the sexist internet community.
Over the years, several acts of violence have been linked to the subculture around the world. However, some experts have argued that it would be wrong to call ‘Incels’ a terrorist group.

So what is an incel?

Incels are a largely online community of men who describe themselves as “involuntary celibates. Men who are part of this movement harbour a deep resentment towards both women and other men who are sexually active. The blame women for their own lack of sexual and social status. While views tend to vary, some believe that sex is their right — something that is owed to them by virtue of them being males.

An extreme section of Incels even advocate violence against women. However, not all members of the subculture are violent, experts say.

What are the ‘red pill’ and ‘black pill’ mentalities promoted by incels?

In videos shared before the mass shooting in Plymouth, Davidson said he was “consuming the black pill overdose”, referring to a fatalistic Matrix-inspired metaphor that dehumanises women and advocates male supremacy.

The ‘black pill’ theory, often associated with incels, promotes the defeatist idea that your fate is sealed at birth and no matter what changes you try to make, your sexual capital cannot be altered. In several of his videos, Davidson complained about being a virgin and never having experienced any sort of physical intimacy with a woman.

‘Red pillers’, on the other hand, believe the world is biased toward women, and see feminism as female supremacy. They believe there is a systemic bias in favour of women.

The metaphor draws from the scene in the film ‘The Matrix’, where the main character played by Keanu Reeves is made to choose between a blue pill and a red pill. While taking the blue pill would ensure he was unaware of the simulated world he is living in, the red pill would make him hyper aware of reality.

Is this the first violent attack that has been linked to incels in the recent past?

In recent years, attacks linked to the misogynistic community have increased around the world. The movement has been linked to at least six mass shootings and the murder of nearly 50 people in the US alone. Perhaps, the first and most significant instance of the sub culture entering public perception was when a student named Elliot Rodger went on a rampage stabbing and shooting his peers at the University of California before killing himself in May 2014.

In a 137-page ‘manifesto’ as well as a YouTube video he left behind, Rodger explained he carried out the attack out of frustration over never being able to have a relationship with a woman. He said that the lack of a romantic relationship made him resent people who were in relationships.

In 2020, there was a string of incel-related incidents across the world, including a machete attack at a massage parlour in Toronto, as well as a shooting at a mall in Arizona.

Is it a far-right terrorist movement?

While some of the members of this community believe in conspiracy theories and ideologies propagated by the far right, experts say in reality the sub culture in many ways is quite distinct.

So far, intel-related attacks are not perceived as as much of a terror threat in the United States when compared to violent attacks by followers of other violent far-right ideologies, according to an analysis of domestic terror attacks by the New America Foundation. But the same analysis found that incel terrorism is deadlier than far-left terrorism.