Explained: What is the government’s new policy on the strategic sector? 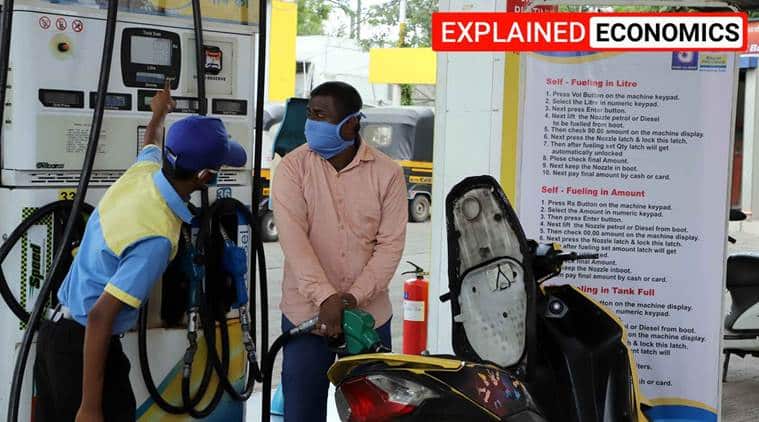 Finance Ministry officials have indicated that the policy will put out a “general framework” — and that specific decisions would be taken later. At a Bharat Petroleum fuel station in Pune. Express Photo by Pavan Khengre

The government will soon come out with a policy on strategic sectors and simultaneously kick into motion a process of complete privatisation for companies in the non-strategic sectors.

Department of Economic Affairs Secretary Tarun Bajaj said on Tuesday (July 21) that guidelines on the privatisation of the public sector companies would be out soon.

This is the first time since 1956 that the government has said it will not have state-owned companies in the non-strategic sector — and that the number in the strategic sectors too, would be reduced.

Banking, insurance, defence, and energy are likely to be part of the strategic sector list.

Announcing the Atmanirbhar Bharat economic support package in May, Finance Minister Nirmala Sitharaman had said that the proposed policy would notify the list of strategic sectors requiring the presence of at least one state-owned company along with the private sector.

In all other sectors, the government plans to privatise public sector enterprises, depending upon feasibility. The number of enterprises in strategic sectors will be only one to four, and others would be privatised/merged/brought under a holding company structure.

Finance Ministry officials have indicated that the policy will put out a “general framework” — and that specific decisions on which company is to be privatised, merged, or put under a holding company structure, would be taken later on.

This is expected to be a long-term process rather than a one-time move on the privatisation of companies. After inter-ministerial consultations to finalise strategic sectors, the policy will be put up before approval of the Union Cabinet.

Will it help privatisation?

Budget 2020-21 had announced plans to sell part of the Centre’s stake in Life Insurance Corporation (LIC) through an initial public offer (IPO), and the sale of equity in IDBI Bank to private, retail and institutional investors.

The emphasis on privatisation could see companies in chemicals and infrastructure space being privatised, while the government has stated its intent to reduce the number of state-owned banks. This could see some smaller banks being privatised in due course.

Don’t miss from Explained | EU recovery deal: What is new, what it will mean for member nations

A holding company structure could also be used to house equity of smaller banks in one entity. The government has shifted its focus to having a few very large banks under its fold, and a decision regarding the smaller banks is expected after the policy is unveiled.

Explained: Why Netflix cancelled a Turkish drama after row over an LGBTQ character