Explained: What is the Bengaluru Suburban Rail Project, and how will it help people living in and around the city?

The project aims to link Bengaluru to its satellite townships, suburbs, and surrounding rural areas by a rail-based rapid-transit system. 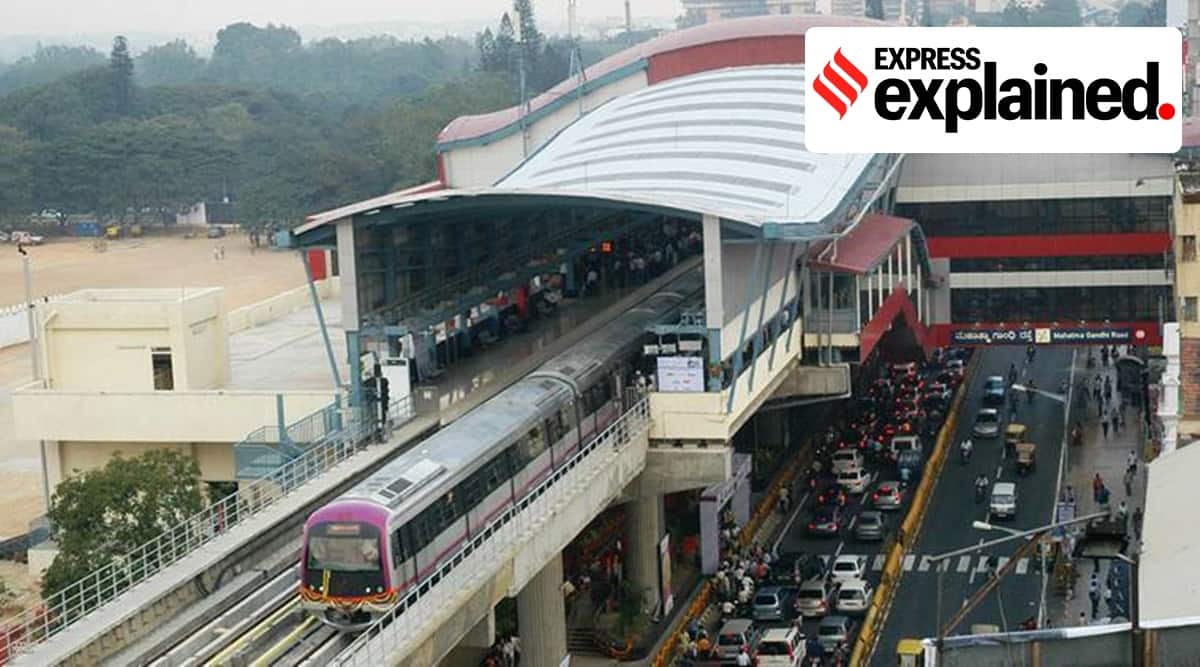 Connecting Bengaluru with its suburbs via a rail-based rapid-transit system has been a dream of Karnataka governments since 1983.

Finally, the much-anticipated project seems to be taking shape with the state government announcing that work on it will start in 3 months. The project, expected to be completed by 2026 at an estimated cost of Rs 15,767 crore, has often been dubbed as “India’s most integrated rail project”.

What is the Bengaluru Suburban Rail Project?

The Bengaluru Suburban Rail Project (BSRP) was first proposed in 1983 and has since then been one of the dreams of many Karnataka governments. The project was first proposed by an expert team from the then Southern Railway (now Bengaluru falls under the purview of South Western Railway) and was estimated to be run across 58 kilometres. The proposal then was submitted as part of Karnataka’s first Transportation Survey commissioned by the then Chief Minister R Gundu Rao.

The project aims to link Bengaluru to its satellite townships, suburbs, and surrounding rural areas by a rail-based rapid-transit system. With air-conditioned and metro-like trains expected to run across the network, BSRP will also provide a faster, safer and more comfortable mode of travel to hundreds and thousands of rural and urban commuters, officials said.

Even though several proposals for the project took form over the years, the core goal to link Bengaluru city to its suburbs remains intact.

Who is in charge of conceptualising and implementing the project?

The Rail Infrastructure Development Company, Karnataka, (K-RIDE) — a joint venture of the government of Karnataka and the Union Ministry of Railways — is in charge of conceptualising and implementing the rail project.

Which areas will BSRP connect?

The latest blueprint of BSRP indicates that the project will span across a rail network of 148.17 kilometres. With 57 stations planned across four corridors, the system is expected to connect the Karnataka capital to its outskirts in six directions — towards Kengeri (Mysuru side), Chikkabanavara (Tumakuru side), Rajanukunte (Doddaballapura side), Devanahalli (Kolar side), Whitefield (Bangarapet side), and Heelalige.

What are the four corridors called?

All four corridors have been named after common regional flowers found in and around Bengaluru: Sampige (Champa), Mallige (Chameli), Parijata (Prajakta), and Kanaka (Priyardarsha). Interestingly, the first letters of these varieties can be put together as “Samparka”, which in Kannada means connectivity.

Corridor-1 or “Sampige” connects KSR Bengaluru City (Majestic) to Devanahalli with 15 stations in between and runs across 41.40 kilometres. “Mallige”, otherwise known as Corridor-2, will connect areas between Baiyappanahalli Terminal and Chikkabanavara. Running across 25 kilometres it consists of 14 stations.

Corridor-3 or “Parijata” will be 35.52-kilometres long with 19 stations between Kengeri and Whitefield, while “Kanaka” or Corridor-4 will have another 19 stations connecting the remaining 46.24-kilometre-long rail route.

What does the project aim to achieve?

It is also expected that the fares would be cost-effective as a substantial share among expenses chalked out for the project is being raised through innovative project financing and land monetisation. Further, the suburban rail network in Bengaluru is planned to integrate multiple modes of transport. “At more than 60 per cent of its stations, passengers will be able to interchange with other modes of transport like Indian Railways and the local Metro network,” officials explained.

While BSRP is expected to cater to 10 lakh commuters daily once it is commissioned, it will turn out to be a sustainable mobility solution ending Bengaluru’s traffic woes to a large extent and reduce the city’s carbon footprint.

Further, K-RIDE plans transform the stations into integrated commercial hubs to promote Prime Minister Narendra Modi’s “Make in India” initiative. Each such facility will be called a “Smart Station Hub”, as per the plan.

What will the Smart Station Hubs offer?

“These hubs are planned to be multi-storied and will support multiple businesses, monetising land parcels in and around stations, utilising air-space for commercial activities, and enabling rail-to-rail, rail-to-metro and rail-to-air changeover,” K-RIDE officials said.

The hubs are also expected to house shopping and retail activities, plug-and-play workspaces, parking facilities, and hospitality and convention spaces.

Growing up, never imagined that village boy like me would occupy highest post in nation: President Kovind