Explained: What is PGS, the heart of the organic food production industry?

PGS is a process of certifying organic products, which ensures that their production takes place in accordance with laid-down quality standards. The certification is in the form of a documented logo or a statement. 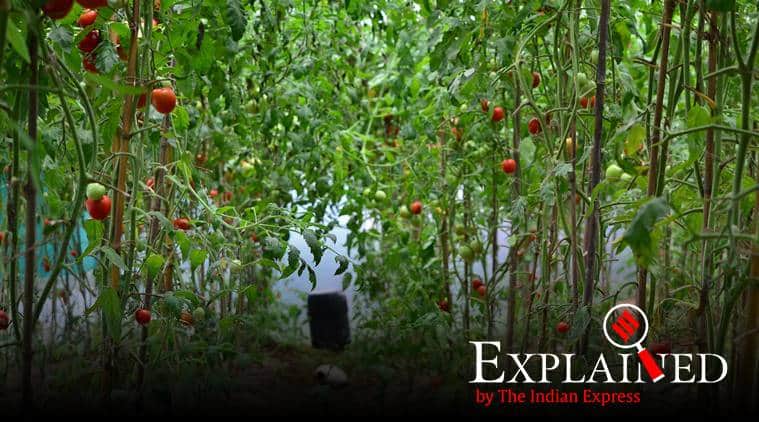 The government’s 2015 PGS manual underlines that the system in India is based on “participatory approach, a shared vision, transparency and trust”.

“The certified organic food production is still very low. The PGS brings together peer group of farmers and the costs are low. It is being popularised,” Rita Teotia, chairperson of the Food Safety and Standards Authority of India (FSSAI) said on the sidelines of a function of Food and Agriculture Organisation (FAO) and the World Health Organisation’s (WHO’s) Coordinating Committee for Asia (CCASIA) in Panaji Monday.

What is the PGS, and how does it work?

PGS is a process of certifying organic products, which ensures that their production takes place in accordance with laid-down quality standards. The certification is in the form of a documented logo or a statement.

According to ‘Participatory Guarantee System for India [PGS-India]’, an ‘Operational Manual for Domestic Organic Certification’ published in 2015 by the National Centre of Organic Farming, Ghaziabad, under the Ministry of Agriculture’s Department of Agriculture and Co-operation, PGS is a “quality assurance initiative that is locally relevant, emphasize[s] the participation of stakeholders, including producers and consumers, and (which) operate[s] outside the framework of third-party certification”.

According to a 2008 definition formulated by the International Federation of Organic Agriculture Movements (IFOAM), the Bonn-based global umbrella organisation for the organic agriculture movement, PGSs are “locally focused quality assurance systems” that “certify producers based on active participation of stakeholders and are built on a foundation of trust, social networks and knowledge exchange”.

PGS, according to this definition, is “a process in which people in similar situations (in this case small holder producers) assess, inspect and verify the production practices of each other and take decisions on organic certification”.

The government’s 2015 PGS manual underlines that the system in India is based on “participatory approach, a shared vision, transparency and trust”.

PARTICIPATION: Stakeholders such as producers, consumers, retailers, traders, NGOs, Gram Panchayats, and government organisations and agencies are collectively responsible for designing, operating, and decision-making. Direct communication among the stakeholders helps create an integrity- and trust-based approach with transparency in decision-making, easy access to databases and, where possible, visits to farms by consumers.

SHARED VISION: Collective responsibility for implementation and decisionmaking is driven by a common shared vision. Each stakeholder organisation or PGS group can adopt its own vision conforming to the overall vision and standards of the PGS-India programme.

TRANSPARENCY: At the grassroots level, transparency is maintained through the active participation of producers in the organic guarantee process, which can include information-sharing at meetings and workshops, peer reviews, and involvement in decisionmaking.

TRUST: A fundamental premise of PGS is the idea that producers can be trusted, and that the organic guarantee system can be an expression and verification of this trust. The mechanisms for trustworthiness include a producer pledge made through a witnessed signing of a declaration, and written collective undertakings by the group to abide by the norms, principles and standards of PGS.

Among the advantages of PGS over third-party certification, identified by the government document, are:

* Procedures are simple, documents are basic, and farmers understand the local language used.

* All members live close to each other and are known to each other. As practising organic farmers themselves, they understand the processes well.

* Because peer appraisers live in the same village, they have better access to surveillance; peer appraisal instead of third-party inspections also reduces costs

* Unlike the grower group certification system, PGS offers every farmer individual certificates, and the farmer is free to market his own produce independent of the group.

However, the operational manual also identifies some limitations of PGS.

* PGS certification is only for farmers or communities that can organise and perform as a group within a village or a cluster of continguous villages, and is applicable only to farm activities such as crop production, processing, and livestock rearing, and off-farm processing “by PGS farmers of their direct products”.

* Individual farmers or group of farmers smaller than five members are not covered under PGS. They either have to opt for third party certification or join the existing PGS local group.

* PGS ensures traceability until the product is in the custody of the PGS group, which makes PGS ideal for local direct sales and direct trade between producers and consumers.