Explained: The importance of Kunhalikutty in Kerala Assembly elections

The politician is known for his soft-spoken demeanor and organisational abilities, which have helped the IUML remain relevant in the politics of Kerala, especially among the Muslim voters. 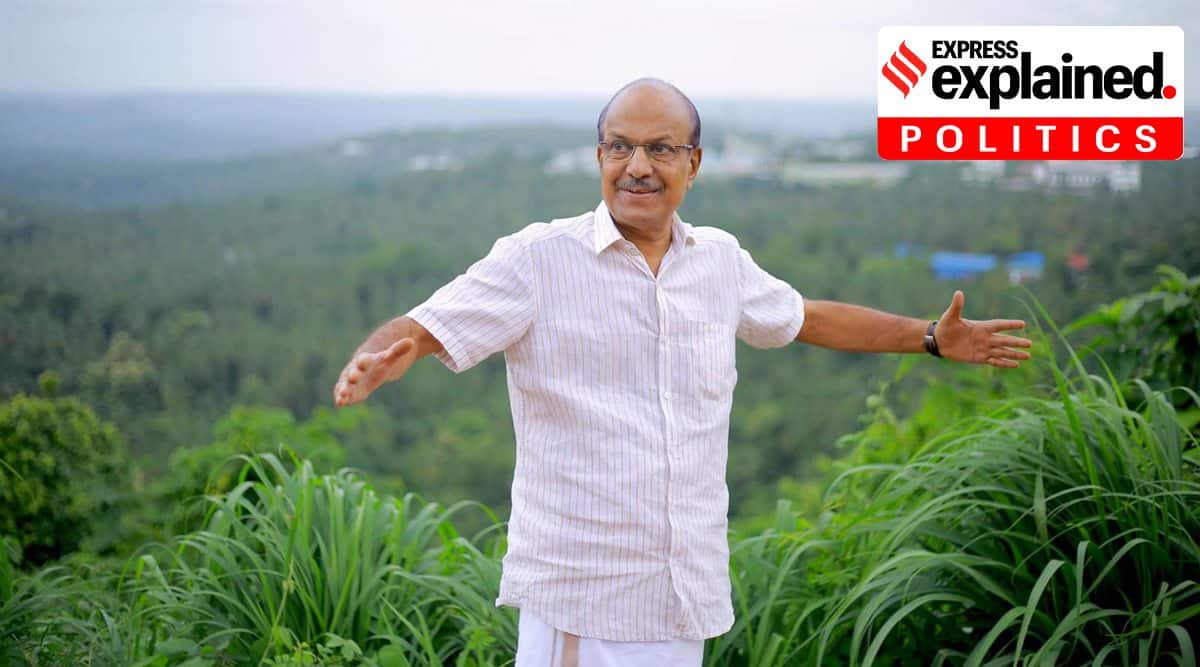 On Wednesday, Indian Union Muslim League (IUML) general secretary PK Kunhalikutty submitted his resignation as Lok Sabha MP from Malappuram to Speaker Om Birla in New Delhi. The decision followed a directive from the party’s state and national committees to oversee the party’s preparations and candidate selection ahead of the crucial Assembly elections in Kerala in April-May.

What is Kunhalikutty’s role in Kerala politics?

Kunhalikutty (69) is the most prominent, visible leader of IUML, an ally of the Congress in Kerala, and wields a great deal of influence not just in his own party but also in the UDF, the coalition they are a part of.

In his five decades-old career that began with the Muslim Students Federation (MSF), the student wing of IUML, he has been a seven-time MLA and two-time Lok Sabha MP. He has served as minister in the state cabinet four times, under Congress chief ministers K Karunakaran, AK Antony and Oommen Chandy.

He’s not a powerful orator who can make fiery speeches at political rallies, but is known for his soft-spoken demeanor and organisational abilities which have helped the IUML remain relevant in the politics of Kerala, especially among the Muslim voters. Many a time, Congress leaders have turned to Kunhalikutty to make use of his problem-solving and negotiation skills to quell issues within the UDF.

More importantly, he has the full confidence of the Panakkad Thangal family, who are to the IUML what the Gandhis are to the Congress. Kunhalikutty also maintains close relations with both Chandy and Ramesh Chennithala, the leaders of the ‘A’ and ‘I’ factions respectively within the Congress.

Is his resignation from Lok Sabha his return to ‘state politics’?

Technically yes, even though Kunhalikutty has always been a visible and active face in Kerala’s politics even after his election to the Lok Sabha.

Kunhalikutty was chosen as the party’s candidate in a bye-election in Malappuram LS constituency in 2017 after the unexpected death of E Ahammed, the IUML’s longtime national face. It indicated that he was taking a break from Kerala to play a more active role in national politics and bring together democratic, secular forces. He eventually vacated his Assembly seat of Vengara to contest from Malappuram LS seat and won by a margin of 1.7 lakh votes that year.

In the 2019 LS elections, he repeated his victory from Malappuram. The CPI(M) alleged that Kunhalikutty contested in the LS elections in the hope of getting a ministership if the Congress-led UPA came to power.

How is his resignation from Lok Sabha less than two years after being elected seen in the state’s political circles?

Naturally, the decision has sparked a range of conversations both within the UDF and rival parties.

The CPI(M) and the BJP have attacked Kunhalikutty and the IUML for forcing an unnecessary bye-election on the people of Malappuram and waste taxpayer funds at the behest of personal career moves. The CPI(M) went a step further and said Kunhalikutty is angling for a deputy CM post if the UDF comes to power and that the Congress is being subservient to the IUML.

Even within the IUML, the decision has generated criticism especially among the younger leadership who feel that the move will dampen the public image of the party. A few local leaders even resigned, protesting the move. The party leadership responded by saying that Kunhalikutty’s active presence in the Assembly election campaign and his candidacy would help bring the UDF to power.

The Congress, on its part, has welcomed the move, saying his leadership in the election campaign will boost the UDF’s prospects especially in the Malabar region where IUML has its strongholds. The party understands that a strong IUML is key to UDF’s path to power.

So, how important is IUML to Congress’ chances of returning to power in Kerala?

Very important. In the 2016 Assembly elections, the seat tally of the Congress and the IUML was separated by a mere four seats. While the Congress won just 22 out of the 87 it contested, the IUML had a very good strike-rate, winning 18 out of the 24 seats it fought in. In 2011 Assembly elections too, the IUML won 20 out of the 24 it contested.
Barring exceptions, like the 2006 Assembly elections when a long line of IUML leaders including Kunhalikutty suffered defeat at the hands of the LDF, the IUML has been successful in defending its stronghold constituencies especially in the Muslim-majority Malappuram district. It has been the numero uno party for Muslims in the state.

Even in the recent local body elections, the IUML swept panchayats, municipalities and corporations in Malappuram and surrounding areas even as the Congress suffered heavy defeats at the hands of the CPI(M). And so, the Congress understands that all it has to do is win at least 50 seats because the IUML will make up the difference to reach the half-way mark of 70 in the Assembly.