We look at how host nations have performed in FIFA World Cups and whether being hosts provides an advantage or a disadvantage in the tournament. 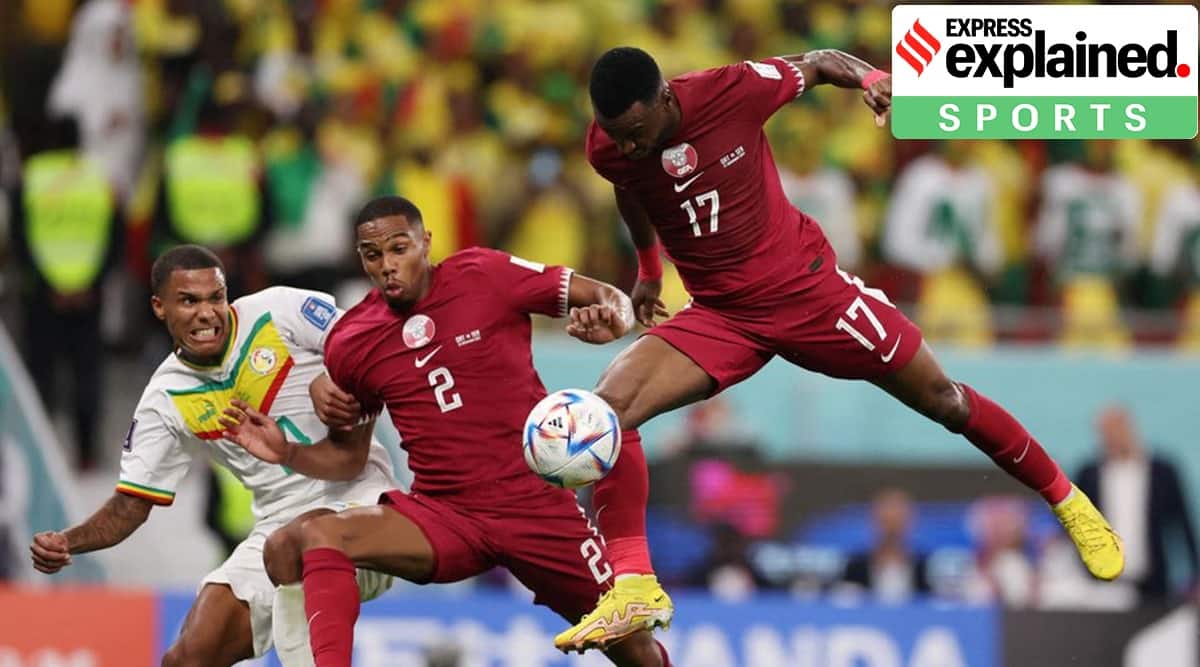 While the hosts were not expected to set the stage alight in this tournament, their rapid exit still surprised many. (Reuters)

When the Netherlands played out a tepid draw against Ecuador, Qatar’s fate in their home World Cup was sealed. They became only the second host nation to be eliminated in the group stages of the FIFA World Cup, lasting merely five days, with a mathematical chance to qualify from their group.

While the hosts were not expected to set the stage alight in this tournament, their rapid exit still surprised many. After all, Qatar has spent the last 12 years preparing for this tournament, extensively scouting for the best players and spending millions on development.

As Qatar became the earliest host nation to exit the tournament in its 92-year history, we look at how host nations have performed in FIFA World Cups and whether being hosts provides an advantage or a disadvantage in the tournament.

What do the numbers say?

Not counting Qatar 2022, there have been 21 FIFA World Cups so far, with 22 hosts (Japan and Korea co-hosted the 2002 World Cup). Out of these 22 hosts, 21 have made it beyond the first round of their respective tournament. The solitary exception was South Africa in 2010. They got very unlucky, being slotted into a Group with Uruguay, Mexico and France. They came a respectable third in the group, breaking French hearts with a 2-1 victory in the final group game.

Also Explained |Cristiano Ronaldo has scored in a record five World Cups. These are the greats he went past

However, these numbers alone do not provide the full picture. After all, World Cups have mostly happened in countries which already have decent football teams, and it makes logical sense for better football teams to perform better at the big stage.

The better question to ask is, “have host nations overperformed/underperformed expectations in the World Cup?” That is slightly harder to gauge for two reasons. First, FIFA rankings only began at the end of 1992. To make an assessment of any team previously, one will have to rely on more subjective appraisals. Second, the process for arriving at FIFA rankings is far from perfect. In the World Cups since the rankings were introduced, the first ranked team has never won the World Cup.

Looking back in history

The first two World Cups were won by the host nation: Uruguay in 1930 and Italy in 1934. Hosts France lost to defending champions Italy in 1938 who would go on to repeat their previous triumph. According to football historians, these early World Cups posed major challenges to travelling teams, especially teams travelling long distances. In the first World Cup, many of the European teams refused to travel to South America. Those who did, travelled by boat.

“There was no talk of tactics or anything like that, no coaching,” France’s Lucien Laurent said of life on the boat. While they had a good time over the 15-day journey, by modern standards, we would understand how suboptimal such a routine would be for athletes.

Also read now |What is an offside in football, and what is the controversial technology implemented for it in 2022 Fifa World Cup?

Sweden hosted the 1958 World Cup. While they had a respectable team, they were not a European powerhouse at the level of France, Italy or Germany. They reached the semi final of the tournament, losing to Garrincha and Pele’s Brazil.

Chile hosted the 1962 World Cup. They were not the most talented team in the tournament but made up for it with their physicality and aggression. In a 2-0 win against the fancied Italy, the football match turned into a gladiatorial bloodbath, later described as the Battle of Santiago. They would eventually be eliminated by Pele’s Brazil in the semi-finals.

Korea had arguably the greatest underdog run in World Cup history. In front of their home fans, they defeated powerhouses such as Portugal, Italy and Spain, reaching all the way to the semi-finals before losing to the Germans. This remains the greatest World Cup performance by a nation outside Europe and South America.

Some disappointments for hosts

Hosts Brazil lost to the underdog Uruguayans in front of 100,000 rabid fans at the Maracana in Rio. This remains one of the biggest upsets at the tournament till date and is remembered today as the Maracanazo. Alcides Ghiggia completed the Uruguay comeback in the second half and Brazil had to wait for another eight years to taste glory.

Spain got unceremoniously dumped in the 1982 World Cup second group stage. The knockout stages operated differently in this era of tournaments. After six groups of four competed in a round-robin style format, the second group stage featured four groups of three for a trip to the semifinals. Spain finished last in Group B of the second group stage. However, while Spain was a good team with elite players, this was still before the true rise of Spanish football, a decade later.

Italy was arguably the best team in 1990. They had the complete squad: physically gifted yet technically solid defenders like Baresi and Maldini, workmen midfielders like Ancelloti who could perfectly play the Catenaccio style, and the flair forwards like their talisman Roberto Baggio. Unfortunately, the nation would have its heart broken as Donadoni and Baggio missed penalty kicks in the shootout against Argentina.

Brazil had its heart broken at the 2014 World Cup semi-finals as Germany shocked them 7-1 in what is the biggest victory that late in the competition. They had lost Neymar in the previous round to a rough tackle and found their defensive general Thago Silva suspended. Nonetheless, what followed would have shocked even the biggest Brazil doubter: Germany was so dominant that their coach would ask them to go easy on the hosts “out of respect” in the second half.

Being hosts can help and hinder

The history of the past 21 World Cups suggests that being hosts definitely has its pros. Home crowds buoy the team and provide that extra little juice that can often get the team through the group stages.

Further, hosts also prepare extra hard for their home tournament: after all, playing in front of your own fans is a once-in-a-lifetime opportunity and each nation tries to put its best foot forward. But at the end of the day, quality matters, especially in modern football where the vagaries of travelling long distances and staying in foreign lands have been fairly mitigated.

Being hosts can also add a level of pressure which can lead to freak results. Case being the two matches that Brazil lost (1950 and 2014). Qatar might have succumbed to that pressure themselves. Under coach Felix Sanchez, a graduate of Barcelona’s famed La Masia academy, they played a very progressive style of football, focussing on ball possession and high pressing. In the run-up to the tournament, they performed admirably, winning the AFC Asian Cup in 2019 against some strong Asian competition. However, things just fell apart from them in this World Cup, earning them the dubious distinction of the worst-performing team to ever host the tournament.