The simple idea that List and MacMillan came up with, working independently, was to look for new catalysts, the substances used to accelerate chemical reactions, when most believed they were stuck with an existing, somewhat inefficient, set. 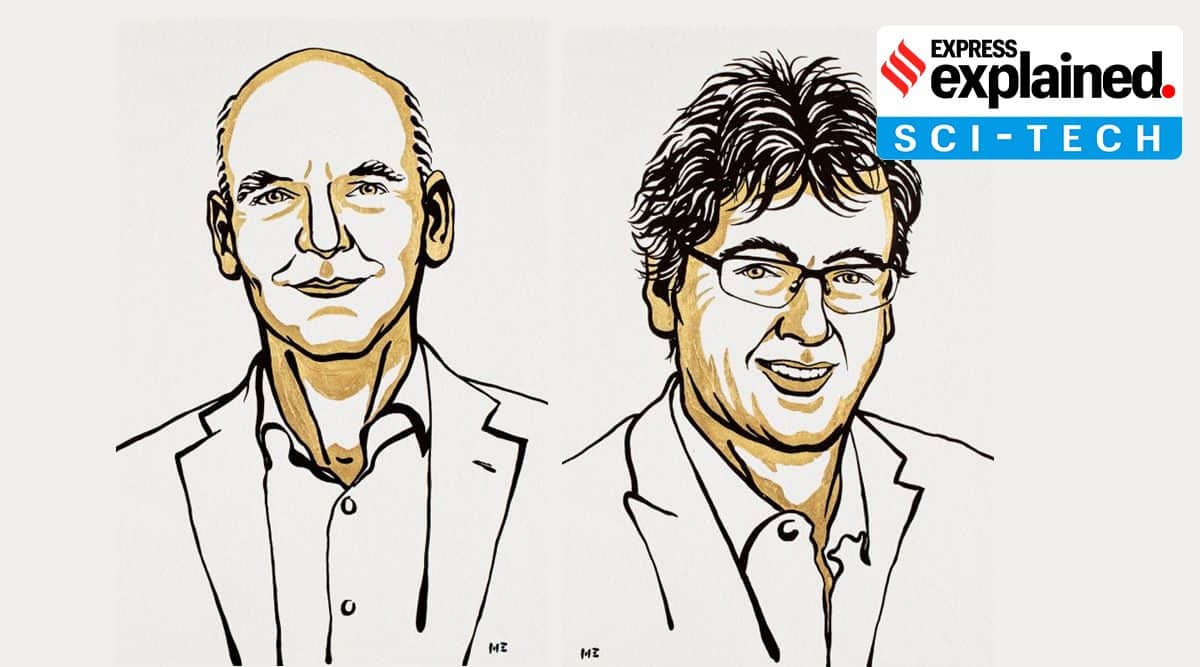 “Simple ideas are often the most difficult to imagine,” the Nobel Prize committee said while honouring Benjamin List and David MacMillan with this year’s Chemistry Nobel.

The simple idea that List and MacMillan came up with, working independently, was to look for new catalysts, the substances used to accelerate chemical reactions, when most believed they were stuck with an existing, somewhat inefficient, set.

The new catalysts, derived from naturally-occurring chemicals, were greener and cheaper, and ensured that the end product of the chemical reaction was of a specific variety — and did not need to go through a purification process to yield the desired type of compound.

“The discovery being awarded the Nobel Prize in Chemistry 2021 has taken molecular construction to an entirely new level,” the Nobel committee said. “Its uses include research into new pharmaceuticals and it has also helped make chemistry greener.”

When two or more compounds react to form new compounds, the process is often aided by other chemicals that do not change themselves, but help speed up the reaction. These catalysts have been known at least since the middle of the 19th century, and are used in virtually every chemical process these days.

Till around 2000, only two kinds of chemicals were known to act as effective catalysts: metals, mainly heavier metals; and enzymes, naturally-occurring heavy molecules that facilitate all life-supporting biochemical processes. Both these sets of catalysts had limitations.

Heavier metals are expensive, difficult to mine, and toxic to humans and the environment. Despite the best processes, traces remained in the end product; this posed problems in situations where compounds of very high purity were required, like in the manufacture of medicines. Also, metals required an environment free of water and oxygen, which was difficult to ensure on an industrial scale.

List and MacMillan were aware of earlier research from the 1970s, in which an amino acid called proline was used as a catalyst in some specific reactions. But its role was not fully explored. They started working with individual amino acids in enzymes — and struck gold.

Physiology Nobel |Nobel for deciphering the science of touch

The individual amino acids had an added advantage: they ensured only one variety of the end product was yielded in the reaction.

Substances can have exactly the same chemical composition and molecular formula; yet differ widely in their properties. They are known as isomers. One type of isomers are those that differ in the way individual atoms are oriented in three-dimensional space. Two molecules could be exactly the same, except that they are mirror images of each other, like our hands. For simplicity, scientists often refer to these molecules as left-handed or right-handed. This simple difference can sometimes have enormous consequences, because it allows the molecules to bind in different locations when they interact with other molecules.

The end product in a chemical reaction is usually a mixture of left-handed and right-handed molecules. The normal chemical reactions carried out in laboratories are not selective in this regard. But nature is. Because the mirror images can have very different properties, natural processes are extremely selective, and precise. They produce either a left-handed or a right-handed molecule.

List and MacMillan discovered that by using a natural compound like an amino acid as a catalyst, they were obtaining only one specific mirror image of the end-product. This was later named asymmetric catalysis.

“List and MacMillan came up with an absolute game changer. The field of organo-catalysts, a name that MacMillan later used to describe these new sets of catalysts, has exploded in the last two decades. They discovered a simple, ingenious tool but its impact has been huge, mainly in the pharmaceutical industry, but also in several other places,” said Prof R G Bhat of the Indian Institute of Science Education and Research in Pune, who works with organo-catalysts himself.

Dr S Chandrashekhar, director of Hyderabad-based Indian Institute of Chemical Technology, said the big significance of the work was that it made the processes much safer and more sustainable than earlier.

“I am also very happy to note that Nobel committee selected a breakthrough in pure Chemistry this time. In the past, the Chemistry Nobel has often recognised work that essentially belonged in the realm of biology,” he said.

From hospital bed, farm leader says: I was targeted, I heard shots