What is Section 188 IPC, under which you will be booked for violating COVID-19 lockdown?

The orders issued to curb the spread of the coronavirus have been framed under the Epidemic Diseases Act, 1897. 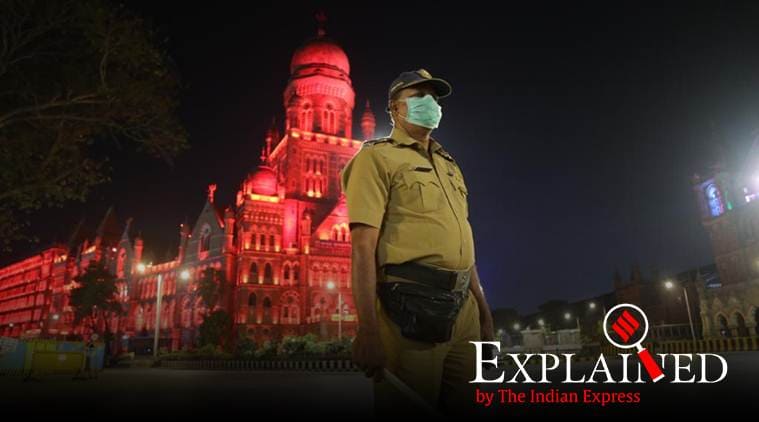 Prime Minister Narendra Modi has announced a 21-day countrywide lockdown from midnight Tuesday to contain the spread of COVID-19.

Those violating the lockdown orders can face legal action under the Epidemic Diseases Act, 1897, which lays down punishment as per Section 188 of the Indian Penal Code, 1860, for flouting such orders.

What is Section 188 of the Indian Penal Code?

Section 3 of the Epidemic Diseases Act, 1897, provides penalties for disobeying any regulation or order made under the Act. These are according to Section 188 of the Indian Penal Code (Disobedience to order duly promulgated by public servant).

Section 188, which comes under the Code’s Chapter X, ‘Of Contempts of the Lawful Authority of Public Servants’, reads:

Whoever, knowing that, by an order promulgated by a public servant lawfully empowered to promulgate such order, he is directed to abstain from a certain act, or to take certain order with certain property in his possession or under his management, disobeys such direction, 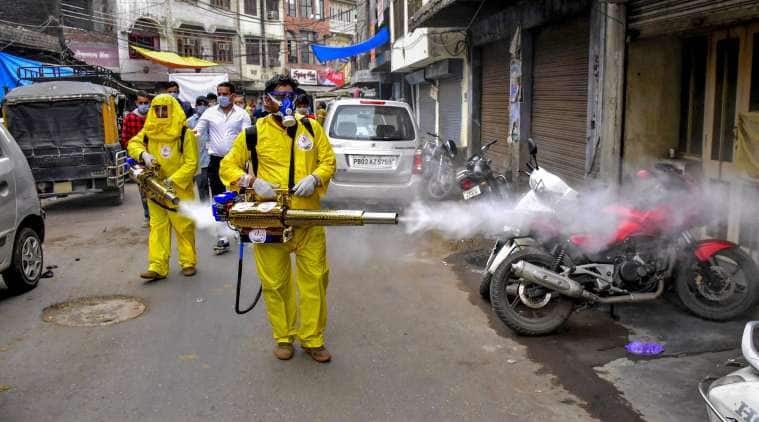 Workers disinfect an area in the wake of coronavirus pandemic, in Amritsar, Saturday, March 21, 2020. (PTI Photo)

Why have governments in the country imposed these curbs?

The novel coronavirus, which is known to spread mainly person-to-person, first emerged in China’s Wuhan late last year, and has since spread to at least 177 countries and territories, infecting thousands. The virus has shown community transmission in many areas of the world.

To counter its outbreak, several states in India enforced measures aimed at reducing public gatherings– called “social distancing”. Offices, schools, concerts, conferences, sports events, weddings, and the like were ordered shut or cancelled around the world, including in many Indian states.

Also Read | Explained: Are smokers at higher risk from COVID-19

On March 11, the World Health Organisation (WHO) asked governments to take action to prevent transmission at the community level for reducing the epidemic to manageable clusters– thus flattening the trajectory of cases from a sharp bell curve to an elongated speed-bump-like curve.

To this end, a nationwide ‘Janata Curfew’ took place on March 22, and several states announced lockdown orders in its aftermath. The Pune Police stop traffic on the roads, after a travel ban was announced as a measure to stop the spread of coronavirus. (Express Photo: Pavan Khengre)

What happens if you violate the lockdown orders?

Under Section 188, there two offences:

–Disobedience to an order lawfully promulgated by a public servant, If such disobedience causes obstruction, annoyance or injury to persons lawfully employed

Punishment: Simple Imprisonment for 1 month or fine of Rs 200 or both

–If such disobedience causes danger to human life, health or safety, etc.

Punishment: Simple Imprisonment for 6 months or fine of Rs 1000 or both

According to the First Schedule of the Criminal Procedure Code (CrPC), 1973, both offences are cognizable, bailable, and can be tried by any magistrate.

These are extraordinary times, but under what circumstances is Sec 188 IPC invoked normally?

To be punishable under S. 188, the order has to be for public purposes by public functionaries. An order made in a civil suit between two parties does not fall under this Section.

The Illustration (example) to the Section 188 of IPC reads:

“An order is promulgated by a public servant lawfully empowered to promulgate such order, directing that a religious procession shall not pass down a certain street.

A knowingly disobeys the order, and thereby causes danger of riot. A has committed the offence defined in this section.”

An order commanding an assembly of five or more persons to disperse is held to be a valid order under Section 188.

Here’s a quick coronavirus guide for you to stay updated: Who all should be tested for Covid-19 and when? | How should you quarantine yourself? | How often (and how) should you clean your home? | What is the Janata Curfew announced by PM Modi? | Who are restricted from coming to India, and from when? | How long can the virus live on surfaces or in air around you? | Still more Coronavirus Q&A Explained news here

Kangana Ranaut’s makeup game is on fleek; check it out here