5G comes to India, see which cities will first get these services

5G works on two distinct architectures, and Reliance Jio and Bharti Airtel have each chosen the one that works for them. You can expect faster Internet speeds and lower latency on your 5G phone now. 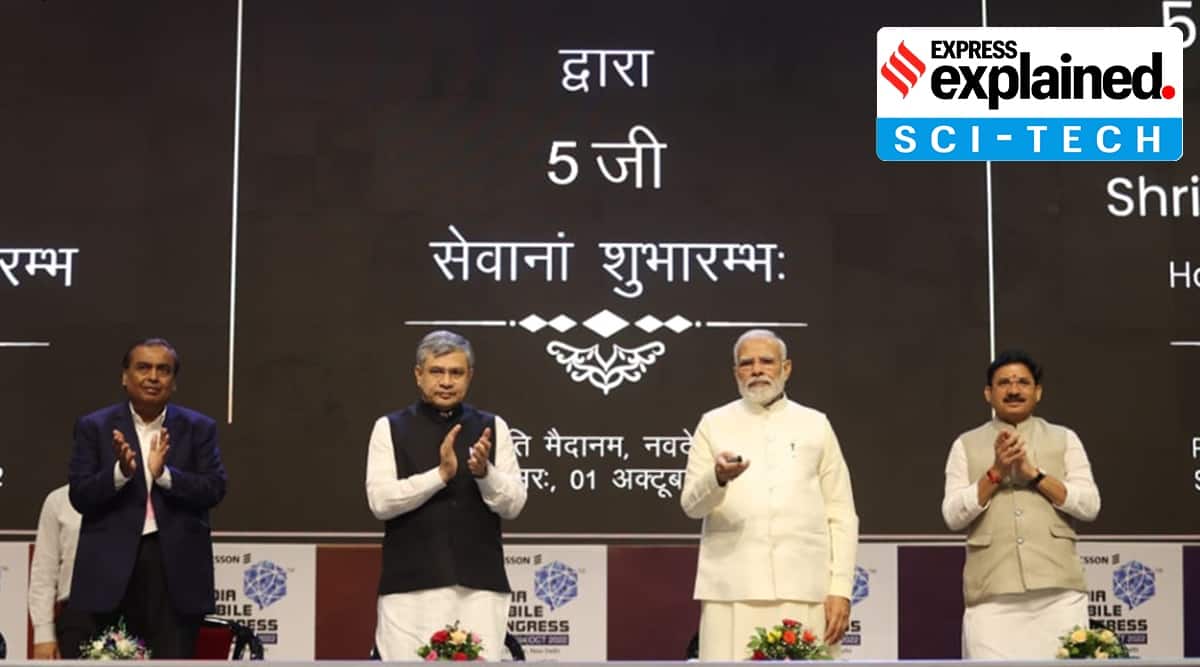 Nearly five years after India embarked on the road to launching the next generation of mobile telephony, 5G services have arrived in the country. Prime Minister Narendra Modi on Saturday (October 1) launched 5G services in select cities, ushering in what promises to be an era of ultra high-speed Internet on mobile phones and devices.

Also in Explained |1G to 5G and further: What changes with each ‘G’?

Where will 5G services be available first?

In the first phase of the launch of 5G, Ahmedabad, Bengaluru, Chandigarh, Chennai, Delhi, Gandhinagar, Gurugram, and Hyderabad will be connected to the network. This is broadly on the lines of announcements made by mobile service operators earlier.

Reliance Jio, which was the top spender at this year’s 5G spectrum auctions bidding an amount of more than Rs 88,000 crore, had said in August that it would roll out high-speed mobile Internet services on its 5G network by Diwali in metro cities like Delhi, Mumbai, Chennai, and Kolkata.

How will 5G impact your life?

The Ministry of Communications said in a statement: “5G can unleash new economic opportunities and societal benefits giving it the potential for being a transformational force for Indian society… The cumulative economic impact of 5G on India is expected to reach $450 billion by 2035.”

Consumers could enjoy superior Internet speeds and benefit from the low latency of 5G. Peak Internet speeds on 5G could touch 10 Gbps compared to 100 Mbps in 4G; while latency in 4G is between 10 and 100 millisecond, in 5G it is expected to be under 1 ms.

Latency is the time it takes for a device to send packets of data and get a response. The smaller the latency, the quicker the response.

Advertisement
Don't Miss from Express Explained |Reliance Jio 5G in the 4 metros by Diwali, how will its ‘standalone’ architecture work?

When did India start its 5G project?

Back in 2017, the government had set up a high-level forum of representatives from the industry, academia, government, and regulators to evaluate and approve the roadmap for rolling out 5G.

The main aim of the forum, headed by Prof A J Paulraj of Stanford University, was to keep India’s roadmap aligned with global standards, so that the lack of homogeneity in telecom networks witnessed in services up to 4G could be prevented.

The forum submitted its report in 2018. It suggested focusing on areas including regulatory and spectrum policy, application, and use-case labs for developing locally-tailored solutions. Even as research and development for 5G applications continued, the government started allocating spectrum to operators to conduct trials.

In 2019, the telecom department and the sector regulator TRAI started deliberations on spectrum pricing. In August this year, the auction of 5G spectrum, one of the final steps towards launching the services, was completed.

Are all operators employing the same 5G technology?

5G networks are deployed mainly on two modes: standalone and non-standalone. Each architecture has its advantages and disadvantages, and the path chosen by operators primarily reflects their view of the market for the new technology, and the consequent rollout strategy.

In the standalone mode, which Jio has chosen, the 5G network operates with dedicated equipment and runs parallel to the existing 4G network. Jio has committed an investment of Rs 2 lakh crore for its standalone 5G network.

The biggest difference in the two architectures is the compatibility with existing device ecosystems. Most smartphones today have capability to connect to non-standalone 5G networks — which are essentially 5G airwaves transmitted through 4G networks — and will require software updates by their OEMs to be able to connect to standalone networks.