The man in CID custody for running an alleged illegal lottery racket is and alleged former employee of Lottery King Santiago Martin. 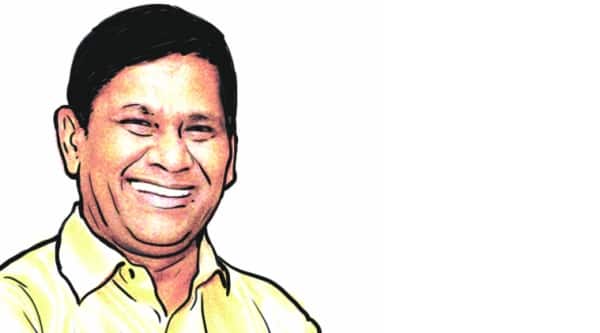 An alleged formerly employee of Santiago Martin’s Chennai-based Martin Lottery Agencies, is in CID custody for allegedly running an illegal lottery racket in Karnataka with the help of police officials.

A flashy, smooth-talking figure who once roamed the corridors of power in Bengaluru, handing out expensive watches and other gifts allegedly to keep the Karnataka operations of his Rs 7,000-cr nationwide lottery business running smoothly, has emerged at the centre of investigations — and speculation — over the recently exposed illegal lottery racket and its links to officialdom in the state.

Santiago Martin, 50, a businessman who was at the forefront of lottery operations in Karnataka until 2007, is back in the news. Pari Rajan, an alleged formerly employee of Martin’s Chennai-based Martin Lottery Agencies, is in CID custody for allegedly running an illegal lottery racket in Karnataka with the help of police officials, two of whom have been suspended.

Once an impoverished labourer in Myanmar, Martin returned to build a fortune in two-digit lotteries in India, opening Martin Lottery Agencies Ltd in 1988. He allegedly had cosy ties with the DMK and, from his base in Coimbatore, ‘Lottery Martin’ expanded operations to Karnataka and Kerala and, subsequently, to Sikkim, Meghalaya, Arunachal Pradesh, Punjab and Maharashtra. In 2011, he produced a Rs 20-cr Tamil film called Ilaignan, based on a story written by DMK chief M Karunanidhi.

Jayalalithaa came to power in the same year, however, and Martin soon found himself among the hundreds of DMK leaders and sympathisers who were arrested for alleged land-grabbing and detained under the Goondas Act. He got bail from Madras High Court, but continued to face charges in over a dozen cases including those of illegal lottery sales and cheating.

Sources close to Martin say he subsequently tried to scrub his pro-DMK image — his efforts allegedly included a complaint made by his wife Leema Rose Martin in May 2012 to the Coimbatore Police Commissioner that two lottery agents, including a person close to Karunanidhi’s Bangalore-based daughter Selvi, had framed Martin in a fake lottery case.

As Martin was jailed for over eight months and faced CBI chargesheets in several lottery cases, Leema Rose assumed an increasingly higher profile. She became the Tamil Nadu vice general secretary of the Indhiya Jananayaka Katchi (IJK), a party that joined the NDA ahead of the 2014 Lok Sabha elections and, much to the embarrassment of state BJP leaders, managed on one occasion to get on to the then prime ministerial candidate Narendra Modi’s campaign stage in Coimbatore.

Neither Martin nor Leema were available for a comment for this report. Leema has earlier denied the latest allegations against her husband. Martin has in the past claimed to be the highest individual income-tax payer in the country.

There was uproar in Kerala in 2007 after it was revealed that Martin, who was then selling Sikkim and Bhutan lottery tickets in the state, had given Rs 2 crore to the CPM daily Deshabhimani. Party heavyweight E P Jayarajan was removed as general manager of the publication, and the government ultimately handed over the lottery cases to CBI.

Martin faces 32 cases of lottery fraud in Kerala, and last year, CBI submitted chargesheets in seven. He is also accused of defrauding the Sikkim government of Rs 4,500 crore since 2005 by skimming proceeds from the Sikkim lottery in Kerala. This February, Martin’s company challenged unsuccessfully Kerala’s ban on the sale of non-Kerala lotteries in the state.