Parliament Committees, their leaders, and their role in law-making

Political polarisation and the shrinking middle ground has been leading to increasingly rancorous debates in Parliament, and so a great deal of legislative business ends up taking place in the Parliamentary Committees instead. 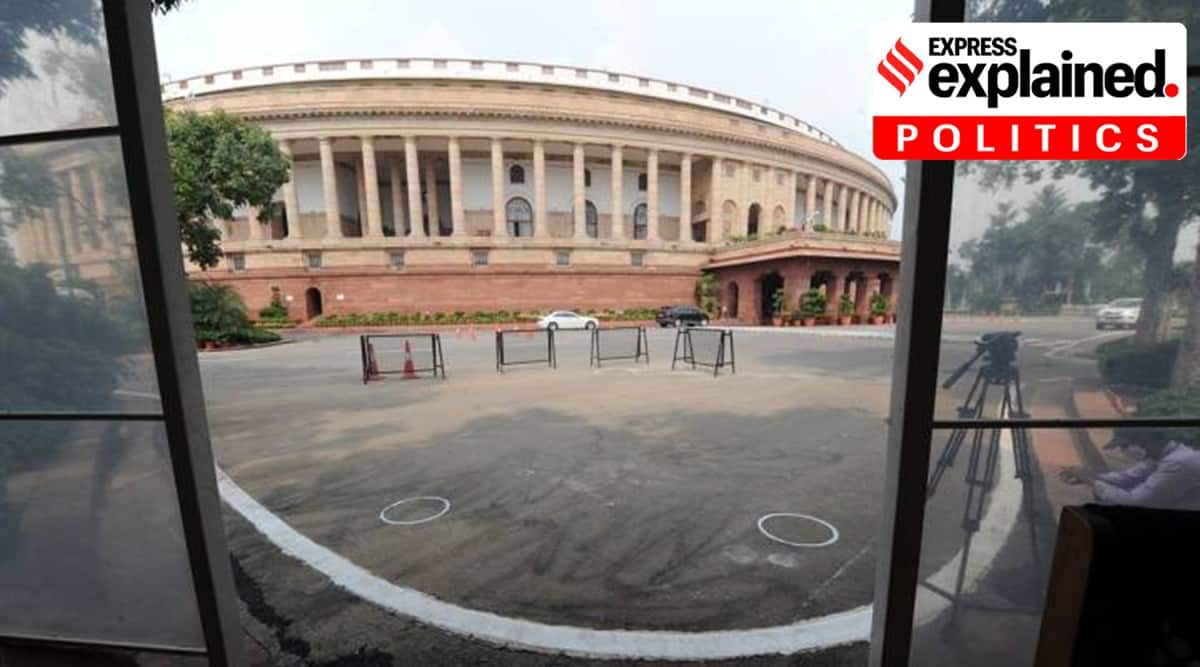 Parliamentary Committees have their origins in the British Parliament. (AP)

A revamp of the Standing Committees of Parliament on Tuesday could potentially worsen the relations between the government and opposition parties. Of the 22 committees announced on Tuesday, the Congress has the post of chairperson in only one, and the second largest opposition party, Trinamool Congress, none. The ruling BJP has the chairmanship of the important committees on Home, Finance, IT, Defence and External Affairs.

What are Committees of Parliament, and what do they do?

Legislative business begins when a Bill is introduced in either House of Parliament. But the process of lawmaking is often complex, and Parliament has limited time for detailed discussions. Also, the political polarisation and shrinking middle ground has been leading to increasingly rancorous and inconclusive debates in Parliament — as a result of which a great deal of legislative business ends up taking place in the Parliamentary Committees instead.

Parliamentary Committees have their origins in the British Parliament. They draw their authority from Article 105, which deals with the privileges of MPs, and Article 118, which gives Parliament authority to make rules to regulate its procedure and conduct of business.

What are the various Committees of Parliament?

The Financial Committees include the Estimates Committee, Public Accounts Committee, and the Committee on Public Undertakings. These committees were constituted in 1950.

Seventeen Departmentally Related Standing Committees came into being in 1993, when Shivraj Patil was Speaker of Lok Sabha, to examine budgetary proposals and crucial government policies. The aim was to increase Parliamentary scrutiny, and to give members more time and a wider role in examining important legislation.

The number of Committees was subsequently increased to 24. Each of these Committees has 31 members — 21 from Lok Sabha and 10 from Rajya Sabha.

Parliament can also constitute a Joint Parliamentary Committee (JPC) with a special purpose, with members from both Houses, for detailed scrutiny of a subject or Bill. Also, either of the two Houses can set up a Select Committee with members from that House. JPCs and Select Committees are usually chaired by ruling party MPs, and are disbanded after they have submitted their report.

Advertisement
Also Read |Why Cabinet Committees are formed, what are the functions of each

How do discussions/ debates in the Parliamentary Committees differ from those in Parliament?

The time to speak on a Bill is allocated according to the size of the party in the House. MPs often do not get adequate time to put forward their views in Parliament, even if they are experts on the subject. Committees are small groups with relatively less demands on their time; in these meetings, every MP gets a chance and the time to contribute to the discussion. Parliament has only around 100 sittings a year; Committee meetings are independent of Parliament’s calendar.

Also, because the discussions are confidential and off-camera, party affiliations usually do not come in the way of MPs speaking their minds in ways they are unable to do in Parliament, whose proceedings are telecast live and members are often constrained to speak to their constituencies. As a result, many MPs concede that “real discussions” happen inside the Committees — agreeing in principle with the former US President Woodrow Wilson who observed that “Congress in session is Congress on public exhibition, whilst Congress in its committee rooms is Congress at work”.

The Committees work closely with multiple Ministries, and facilitate inter-ministerial coordination. Bills that are referred to Committees often return to the House with significant value-addition. The Committees look into the demands for grants of Ministries/departments, examine Bills pertaining to them, consider their annual reports, and look into their long-term plans and report to Parliament.

More from Explained |SC gave Kerala journalist Kappan bail, so why is he still in jail?

How are the Committees constituted, and how are their chairpersons chosen?

There are 16 Departmentally Related Standing Committees for Lok Sabha and eight for Rajya Sabha; however, every Committee has members from both Houses. Lok Sabha and Rajya Sabha panels are headed by members of these respective Houses.

There are other Standing Committees for each House, such as the Business Advisory Committee and the Privileges Committee. The Presiding Officer of each House nominates members to these panels. A Minister is not eligible for election or nomination to Financial Committees, and certain Departmentally Related Committees.

Presiding Officers use their discretion to refer a matter to a Parliamentary Committee, but this is usually done in consultation with leaders of parties in the House.

The appointment of heads of the Committees is also done in a similar way. By convention, the main Opposition party gets the post of PAC chairman; it is currently with the Congress. Chairmanship of some key committees has been allocated to opposition parties in the past. However, this pattern has changed in the latest rejig.

The heads of the panels schedule their meetings. They play a clear role in preparing the agenda and the annual report, and can take decisions in the interest of the efficient management of the Committee. The chairperson presides over the meetings and can decide who should be summoned before the panel.

An invitation to appear before a Parliamentary Committee is equivalent to a summons from a court: If one cannot come, he or she has to give reasons, which the panel may or may not accept. However, the chairman should have the support of the majority of the members to summon a witness.

MPs typically have a one-year tenure on Parliamentary Committees. Usually, the composition of a Committee remains more or less the same in terms of representation of the various parties.

How important are the recommendations of the Committees?

However, suggestions by the Select Committees and JPCs — which have a majority of MPs and heads from the ruling party — are accepted more frequently.