Explained: Findings of a new study on long-distance airborne dispersal of SARS-CoV-2

As per the WHO, airborne transmission is defined as the spread of an infectious agent caused by the dissemination of aerosols that remain infectious when suspended in the air over long distances and time. 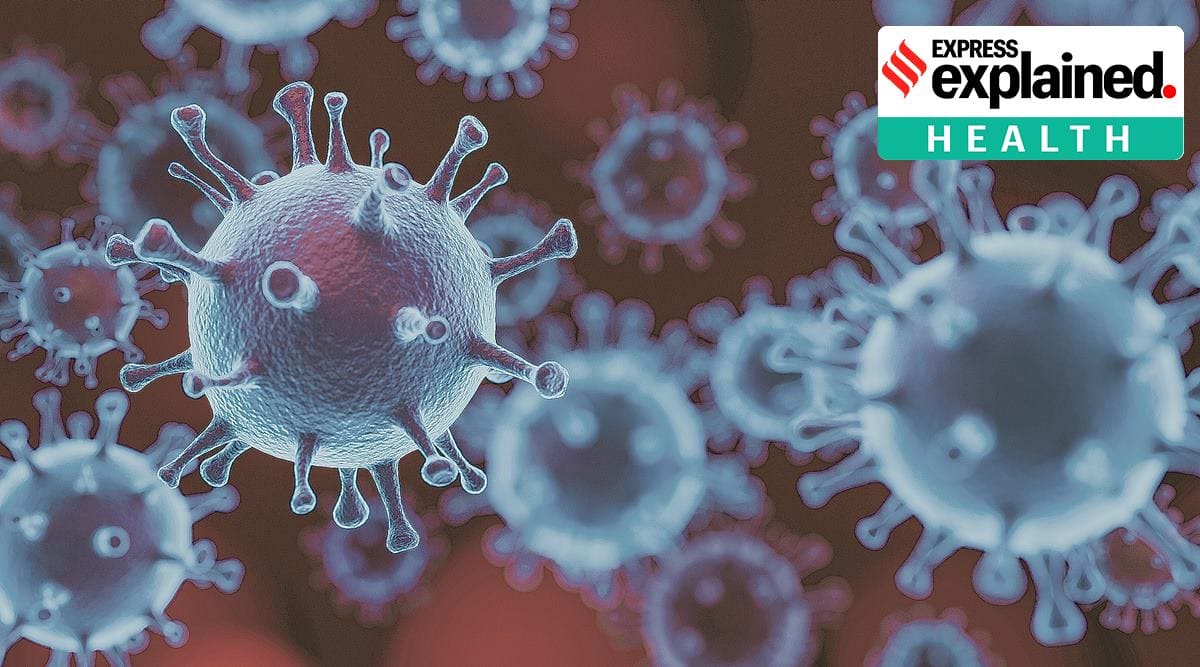 While the virus that causes COVID-19, SARS-CoV-2, does spread through respiratory droplets from one person to another, it has been up for debate whether droplets, including tiny aerosols, containing the virus remain suspended in the air for a long enough period of time.

When researchers investigated the ventilation openings in one COVID-19 ward and the central ducts that expel indoor air from three COVID-19 wards, they were able to detect SARS-CoV-2 in central ventilation systems, which were distant from patient areas, implying that the virus can be transported long distances. In the study, the authors note that this cannot be reasonably explained by droplet transmission alone and that airborne transmission of SARS-CoV-2 should be taken into consideration for preventive measures. Their findings were published in the journal Nature on November 11.

What is airborne transmission?

What do we know about airborne transmission?

While the virus that causes Covid, SARS-CoV-2, does spread through respiratory droplets from one person to another, it has been up for debate whether droplets, including tiny aerosols, containing the virus remain suspended in the air for a long enough period of time to enable the virus to infect a new person.

Amid the debate, the World Health Organization (WHO) has updated its guidelines on the novel coronavirus. While WHO had already acknowledged that airborne transmission can occur during medical procedures that generate aerosols, the updated guidelines state that “WHO, together with the scientific community, has been actively discussing and evaluating whether SARS-CoV-2 may also spread through aerosols in the absence of aerosol-generating procedures, particularly in indoor settings with poor ventilation”.

In September, a study published in JAMA Network suggested that airborne transmission in a bus in China led to one infected individual spreading COVID-19 to over 23 other fellow passengers. In this study, the authors noted that among the cohort of individuals studied, those that travelled in bus 2 were at a higher risk of contracting the infection than those who did not, implying that the airborne spread of COVID-19 likely contributed to the higher attack rate in the exposed bus. 📣 Express Explained is now on Telegram

Significantly, in May, the US Centers for Disease Control and Prevention (CDC), published a study titled ‘High SARS-CoV-2 Attack Rate Following Exposure at a Choir Practice’. The researchers, who studied “superspreading events”, found that following 2.5-hour choir practice attended by 61 persons, including a symptomatic index patient, 32 confirmed and 20 probable secondary Covid-19 cases occurred; three patients were hospitalised, and two died. Other such outbreaks have been reported in indoor crowded spaces possibly through aerosols in restaurants and fitness classes.

So what does the study say?

In their study, researchers found the virus RNA in vent openings in wardrooms where COVID-19 patients were present. They also found viral RNA in fluid placed in open dishes suspended below vent openings and similar levels of viral RNA were detected in exhaust filters and open petri dishes.

Therefore, the study provides further evidence for the ability of SARS-CoV-2 to disperse from patients to ward vent openings as well as the detection of viral RNA in ventilation exhaust filters located at least 50 m from patient room vent openings.

The authors also note that while they could not conclude that the viral samples they studied retained their infective ability, the distance at which they detected the RNA suggests that there may be some risk for airborne transmission, “especially at much closer distances to contagious persons in confined spaces, both in and outside hospital environments.”