Nepal has had a long and unfortunate history of plane crashes in the country. According to the Aviation Safety database, there have been 27 fatal plane crashes in Nepal over the past 30 years. 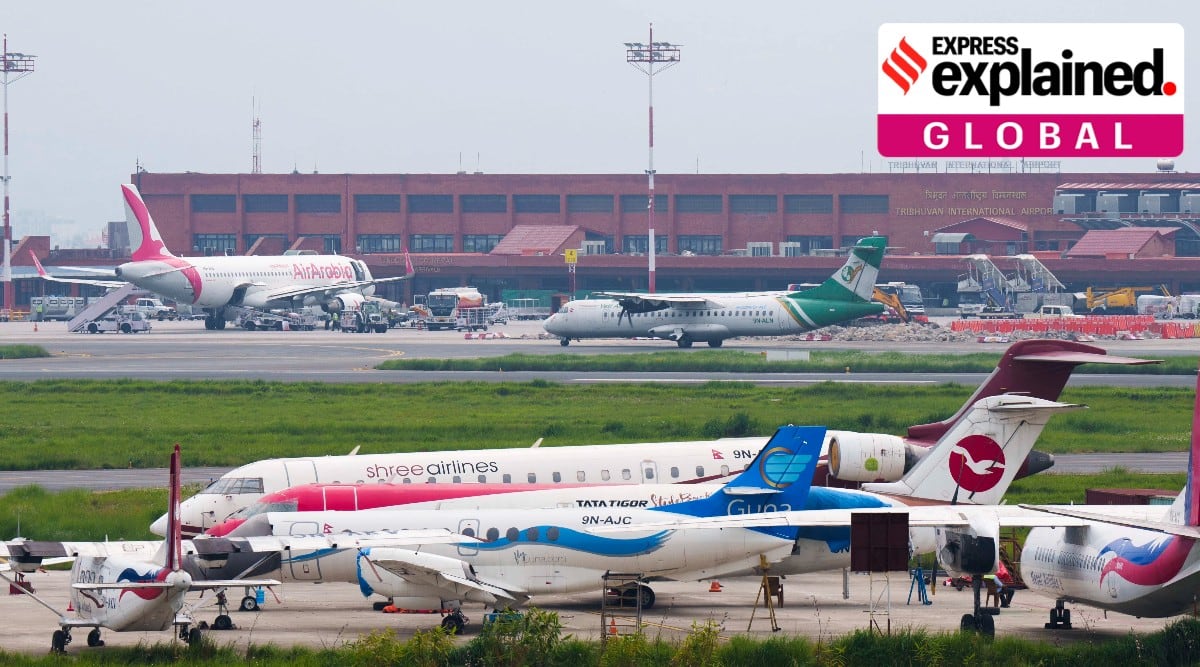 A small airplane with 22 people on board flying on a popular tourist route was missing in Nepal. (AP/PTI)

What makes flying risky in Nepal?

Nepal has had a long and unfortunate history of plane crashes in the country. According to the Aviation Safety database, there have been 27 fatal plane crashes in Nepal over the past 30 years. Of these, more than 20 have taken place in the last decade.

The rugged mountainous terrain, dearth of investment in new planes and infrastructure and poor regulation have contributed to these crashes.

Further, the airstrips are located in mountainous areas, amid weather conditions that are known for their sudden turns.

In 2013, the European Union banned all Nepal-based airlines from flying in its airspace, citing safety concerns.

In March 2022, the Kathmandu Post reported that the Nepal government’s failure to act had ensured that the EU aviation blacklist continues.

The deadliest crashes in Nepal have taken place in Tribhuvan International Airport in Kathmandu, perched 1,338 metres above sea level. The terrain is particularly challenging here as it is located in a narrow oval-shaped valley and surrounded by tall, jagged mountains, which means that planes have less room to manoeuvre in.

However, most pilots profess that the steeper and narrower landing strips higher in the Himalayas are even more difficult to navigate.

Smaller planes containing turboprop engines, such as the Twin Otter aircraft that crashed today, can arrive here and not the larger jetliners. These smaller planes are more affected by strong weather conditions in Nepal.

February 2019: a helicopter operated by Air Dynasty, crashed into a hill as it was attempting to find its way back into Kathmandu. All seven passengers died, including Nepal’s Tourism Minister Rabindra Adhikari and entrepreneur Ang Chhiring Sherpa. He was the owner of Yeti Air, Tara Air, and Himalayan Airlines in partnership with Tibet Air. The disaster struck as the area was experiencing poor visibility.

The government of Nepal subsequently began an investigation into the accident. The preliminary report claimed that there had been violations of operating procedures, such as disbalance of weights due to the positioning of the fuel tank and the incorrect seating arrangements of passengers.

The investigator alleged that there was perhaps ‘undue pressure’ on the pilot to fly the VIP passengers in poor weather conditions, as reported by the Kathmandu Post.

March 2018: A Bombardier Q400 operated by Bangladeshi airline, US-Bangla crash landed in Tribhuvan International Airport in Kathmandu while returning from Dhaka, killing 49 of the 71 passengers and crew.

The aircraft skidded off the runway, crashed through an airport fence, halted in a football field, and then exploded. This was the third deadliest aviation disaster in Nepal’s history.

The accident led to much controversy and speculation, as both Kathmandu officials and the airline blamed each other. Airport officials claimed that the pilot did not follow the control tower’s instructions and entered the runway from the wrong direction. Imran Asif, the CEO of the US-Bangla Air told reporters that he “suspected” that the control tower “might have misled the pilot”.

According to the final report published by Nepalse authorities 2019, Abid Sultan, the captain of the plane and a former member of the Bangladesh Air Force, “seemed to have an emotional breakdown”. The investigators also blamed the crash on the crew’s failure to follow “the standard operating procedure at the critical stage of the flight”.

September 2011: A Beechcraft 1900D operated by Buddha Air that was carrying tourists on a sightseeing trip around Mount Everest, collided with a hill. All 19 people on board died, including 10 Indians. Adverse weather conditions were the cause of the accident, as the Kathmandu airport and its surrounding area was encased in thick monsoon clouds during the crash.

September 1992: An Airbus A300 operated by Pakistan International Airlines crashed while landing in the Kathmandu airport and killed all 167 people on board.

The flight was coming from the Jinnah International Airport in Karachi and struck the last mountain ridge that lay 11 km before Kathmandu airport. The investigation revealed that the approach to the airport is very difficult because of the surrounding topography and due to the pilot’s error, the plane began to descend too early.

July 1992: Only two months before the Airbus A300 crash, an Airbus 310 operated by Thai Airways crashed on its approach in Kathmandu and killed all 99 passengers and 14 crew on board. The plane collided with a mountain 37 km north of Kathmandu, during heavy monsoon rain. According to the investigation, there was a minor failure in the plane’s flaps and the pilot was undergoing a great deal of stress due to miscommunication with the air traffic controller during poor climatic conditions. Nepalese authorities also claimed that Thai Airways did not provide the pilot with adequate simulator training for the difficult Kathmandu approach.

Pune: Woman ‘raped’ by ‘godman’ on pretext of rituals to cure son’s disability