Explained: After global outbreak, monkeypox has now reached Delhi, this is what you need to know about the disease

The Delhi case is not imported — unlike the three cases in Kerala earlier, the patient has no history of international travel. This suggests local transmission of the virus. The WHO has sounded a global alert, but there is no need to panic yet. The latest case is of a 31-year-old man from West Delhi who was admitted to Lok Nayak Hospital two days ago with a history of two weeks of fever and rashes. (Representational Photo/File)

After three cases in Kerala, a case of monkeypox has been detected in Delhi. This is the fourth case of the disease in India — and crucially, this is the first case in which the patient has no history of international travel.

Who is this patient in Delhi?

It is a 31-year-old man from West Delhi who was admitted to Lok Nayak Hospital two days ago with a history of two weeks of fever and rashes. “We suspected that he had monkeypox and admitted him to our isolation ward. He has now tested positive for the infection. He is being given symptomatic treatment,” a hospital official said.

Where did he get the infection?

The person did not travel out of India. But he travelled to Himachal Pradesh before he fell sick. All three earlier cases in India — all detected in Kerala — were in people with a history of international travel, and their infection is likely to have been imported. But the case in Delhi suggests local spread of the infection within India.

How does monkeypox spread?

Monkeypox is a viral infection that is mainly transmitted from animals to humans, but also spreads among humans. Monkeypox spreads from person to person through close contact with someone who has a monkeypox rash. However, with cases being diagnosed among men who have sex with men (MSM), scientists are also looking at whether the disease is sexually transmitted.

Other than the possibility of sexual transmission, human-to-human transmission is known to occur primarily through large respiratory droplets. The Union Health Ministry says monkeypox can be transmitted through direct contact with body fluids or lesion material, and indirect contact with lesion material, such as through contaminated clothing or linen.

What are the symptoms of monkeypox?

The monkeypox virus is an orthopoxvirus, which is a genus of viruses that also includes the variola virus, which causes smallpox, and vaccinia virus, which was used in the smallpox vaccine. Monkeypox causes symptoms similar to smallpox, although they are less severe.

The most common symptoms of monkeypox include fever, headache, muscle aches, back pain, low energy, and swollen lymph nodes, along with pox rashes that last for two to three weeks. Complications of the infection include pneumonia, secondary skin infections, confusion, and eye problems.

Can you die of the disease?

Monkeypox is a largely self-limiting disease — which means it will resolve itself on its own, and will leave no long-term harmful effects on a patient’s health. Most children and adults with healthy immune systems will not, even if they are infected, come down with severe illness. However, it can lead to death especially in children, and those with weak immune systems.

The three cases in Kerala — in people who arrived in the state from the United Arab Emirates — have all been reported to be stable in hospital.

How bad is the global outbreak?

The World Health Organisation on Saturday declared monkeypox to be a public health emergency of international concern. There have been over 16,000 cases reported from 75 countries in the world.

However, the smallpox vaccine, with which older Indians have been immunised over the past decades, works against monkeypox, and provides long-lasting immunity. Smallpox was eradicated in India in 1977.

Security, youth’s future in danger with this ‘new experiment’: Rahul Gandhi on Agnipath 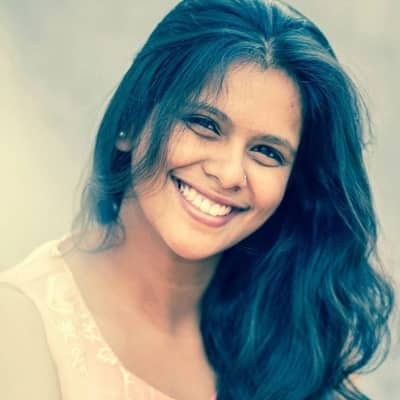