Explained: Why do makers of mobile phone handsets want to build cars now?

Apple, Huawei and Sony are all chasing the holy grail in the auto industry — electric vehicles with potentially autonomous capabilities. Why self-driving EVs? 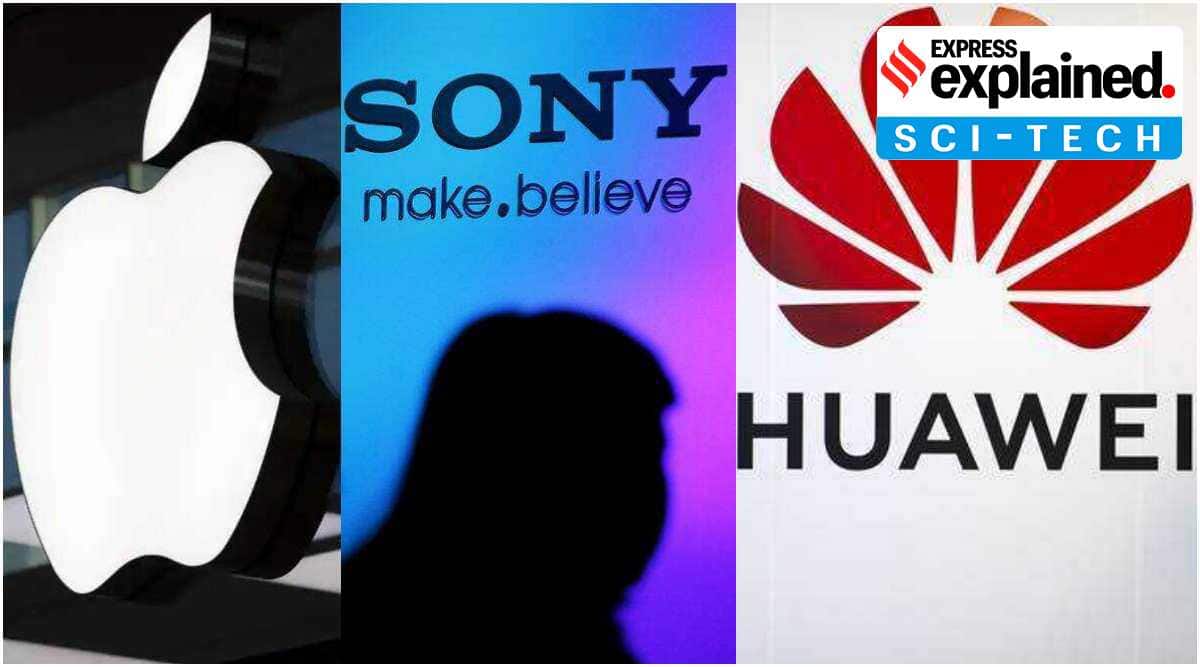 As against today’s hardware-defined cars, the new lot of EVs are almost entirely software-infused transportation platforms. There are only around 20 moving parts in an electric engine, compared with 2,000-plus in what is called an ICE (internal combustion engine, or the regular petrol/diesel) car.

At the same time, the software and specialised hardware functionalities in EVs are extremely augmented, especially self-driving cars. So, for strong, vertically integrated electronics players, EVs mark a natural progression of sorts.

Sony’s VISION-S EV: The Japanese electronics major plans to launch a new company, Sony Mobility, during the first half of 2022 to explore a full-fledged entry into the EV market, by primarily leveraging its strengths in entertainment and sensors. These would be deployed for developing next-generation mobility solutions.

The plan comes as the Japanese tech major, which manufactured handsets in partnership with Ericsson, is “exploring a commercial launch” of electric vehicles, Sony chairman and president Kenichiro Yoshida told a news conference, ahead of the CES tech fair.

“With our imaging and sensing, cloud, 5G and entertainment technologies combined with our content mastery, we believe Sony is well positioned as a creative entertainment company to redefine mobility,” Yoshida said.

Sony, which has struggled to maintain market dominance in the electronics hardware market, continues to be a leader in cutting-edge tech including sensors that are critical to autonomous driving. According to Reuters, Yoshida unveiled a prototype SUV, the VISION-S 02, which uses the same EV platform as the VISION-S 01 coupe announced earlier.

Huawei’s Aito M5: Huawei, another handset and telecoms gear maker, had launched a plug-in EV last year — a range-extended crossover called the SF5. Its new vehicle is called the Aito M5, which is being pitched as a competitor to the Tesla Model Y: a big draw in the Chinese EV market.

Huawei has been working with automakers on car technology such as autonomous driving, and the Aito M5 is expected to run on Huawei’s HarmonyOS operating system.

Deliveries will likely begin around February 20 after the Lunar New Year, said Richard Yu, CEO of Huawei’s consumer business group. The Aito M5 will offer “superior peak power and range” compared to that of the Tesla’s Model Y, he said.

Beyond the fact that Apple is working on an autonomous automotive project codenamed Project Titan, nothing is confirmed. Much of the speculation around the product has been focussed on partnership rumours or specialised auto-sector hirings done by the handset maker over the last eight years.

The project kicked off in 2014 with Steve Zadesky, a former Ford engineer turned iPhone executive, at the helm. Several transitions have happened over the years, and Kevin Lynch, a pure software man who previously handled the Apple Watch project, is now in charge. Unlike his predecessors, Lynch has practically zero experience in the car world, other than him apparently driving a Tesla.

According to McKinsey insights, a typical new-generation vehicle likely has “a software architecture composed of five or more domains, together comprising hundreds of functional components in the car and in the cloud. These cover everything from infotainment and ADAS (advanced driver assistance) to mapping, telematics, and third-party applications”.

That’s where gadget and hardware makers see potential for a natural progression.

But it’s unlikely to be an easy job. Volkswagen AG and Toyota Motor Corp — the two biggest global automakers — have announced over the last month plans to invest $170 billion over the coming years to maintain their market dominance in the auto sector, particularly focused on EVs.

Also, in the more specialised autonomous vehicle space, the progress of the established players has been slow.

Tesla, the market leader in electric vehicles, is still likely years away from offering fully autonomous cars. Alphabet’s Waymo self-driving car division has seen multiple high-level exits while Uber Technologies has said it will put its autonomous-driving division on the block.