Quotas for poor among ‘forward castes’ upheld: Here’s the case and what the SC has ruled

The 103rd Amendment inserted Articles 15(6) and 16(6) in the Constitution to provide up to 10 per cent reservation to the economically weaker sections (EWS) among non-OBC and non-SC/ST sections of the population. 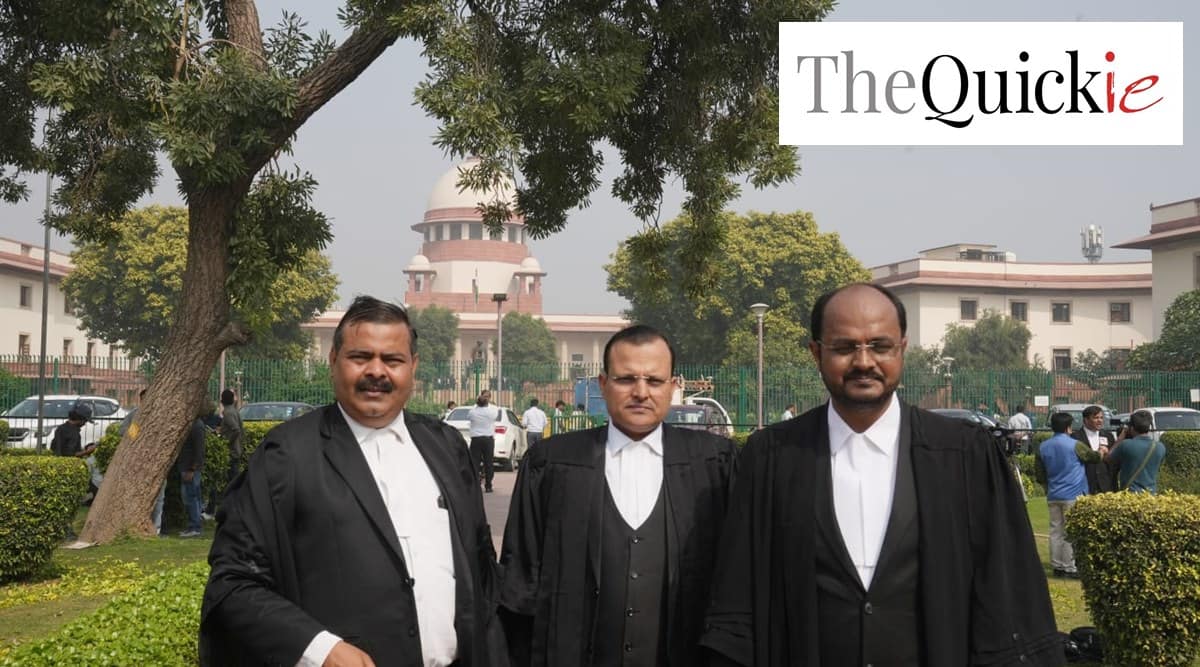 Five-judge Constitution bench of the Supreme Court upholds the validity of the Constitution's 103rd Amendment Act 2019, which provides for the 10 per cent EWS reservation amongst the general category. (Express Photo by Abhinav Saha)

What has the Supreme Court ruled on quotas?

By a majority of 3:2, a five-judge Bench of the Supreme Court has upheld the validity of the Constitution (103rd) Amendment, which came into effect in January 2019. The amendment was challenged, and the challenge was referred to a five-judge Constitution Bench in August 2020.

What was this amendment about?

The 103rd Amendment inserted Articles 15(6) and 16(6) in the Constitution to provide up to 10 per cent reservation to the economically weaker sections (EWS) among non-OBC and non-SC/ST sections of the population. In other words, the amendment had changed the Constitution and introduced a quota for the poor among the so-called ‘forward castes’ or ‘general category’.

Where is this quota for the ‘general category’ poor available?

The quota is available in admissions to higher educational institutions, and in initial recruitment in central government jobs. The amendment also empowered state governments to provide reservation on the basis of economic backwardness.

On what basis was the quota challenged, then?

The primary argument in this case stemmed from the view that the special protections guaranteed to socially disadvantaged groups is part of the basic structure, and that the 103rd Amendment departs from this by promising special protections on the sole basis of economic status.

And what have the judges said in their verdict?

Three judges, Justices Dinesh Maheshwari, Bela Trivedi, and S B Pardiwala, have upheld the validity of the 103rd amendment.

* According to tweets put out by Live Law, Justice Dinesh Maheshwari has ruled that reservation based only on economic criteria does not violate the basic structure of the Constitution, and that the exclusion of classes covered in Article 15(4) and 16(4) — that is OBCs and SC/STs — in the 103rd amendment does not damage the basic structure.

* Justice Bela Trivedi has concurred with Justice Maheshwari. She ruled that treating EWS as a separate class would be a reasonable classification, and that treating unequals equally would violate the principle of equality under the Constitution. Justice Trivedi said that 75 years after independence, it was time to revisit the system of reservation in the larger interest of society, according to Live Law.

* Justice S B Pardiwala concurred with Justice Maheshwari and Justice Trivedi. He observed that “Reservation is not an end, it is means, it should not be allowed to become a vested interest”, according to Live Law.

Who are the judges who have dissented?

The minority view has come from Justice S Ravindra Bhat and Chief Justice of India U U Lalit.

* Justice Bhat has ruled that while reservation on economic criteria is per se not violative of the Constitution, excluding SC/ST/OBC from the purview of EWS is violative of basic structure. He has struck down Articles 15(6) and 16(6) for being discriminatory and violative of the equality code, Live Law reported.

* CJI Lalit said he concurs entirely with the judgment of Justice Bhat.

What about the 50 per cent ceiling on quotas?

The majority judgment appears to have struck down the ceiling. Justice Maheshwari said that reservations for EWS does not violate basic structure on account of 50% ceiling limit because ceiling limit is not inflexible, according to Live Law.

However, Justice Bhat on the minority side said that permitting breach of 50% would result in compartmentalisation, and the rule of right to equality will become right to reservations.

The Supreme Court has repeatedly underlined the 50% ceiling on reservations imposed by the landmark Indra Sawhney judgment of 1992. On that basis, attempts by a number of states to provide reservations to specific groups have been struck down. Several of those issues can now be reopened.

How does the government define EWS?

The EWS criteria for employment and admission was notified on January 31, 2019 by the Department of Personnel and Training (DoPT) based on the 103rd Amendment.

Under the 2019 notification, a person who was not covered under the scheme of reservation for SCs, STs, and OBCs, and whose family had a gross annual income below Rs 8 lakh, was to be identified as EWS for the benefit of reservation. The notification specified what constituted “income”, and excluded some persons from the EWS category if their families possessed certain specified assets.

Also Read |With EWS reservation up for Supreme Court review, a look at the case so far

In October 2021, the Supreme Court, while hearing a challenge to reservation for EWS in the All-India quota for PG medical courses, asked the government how the threshold of Rs 8 lakh had been reached. The Centre told the court that it would revisit the income criterion, and set up a three-member panel for this purpose.

In January this year, the government accepted the committee’s report, which said that the “threshold of Rs 8 lakh of annual family income, in the current situation, seems reasonable for determining EWS” and “may be retained”. However, the committee said, “EWS may…exclude, irrespective of income, a person whose family has 5 acres of agricultural land and above”. Also, the committee recommended, “the residential asset criteria may altogether be removed”.

Janhvi Kapoor said she yes to Mili because of dad Boney Kapoor: ‘He started crying…’