Explained: Kerala Bishop Mar Joseph Kallarangatt and the row behind his ‘love and narcotic jihad’ theory

A Kerala bishop triggered controversy when he raised the twin issues of 'love jihad' and 'narcotic jihad' as grave threats to young men and women of Christian and other non-Muslim faiths. What did he say, and what has been the reaction? 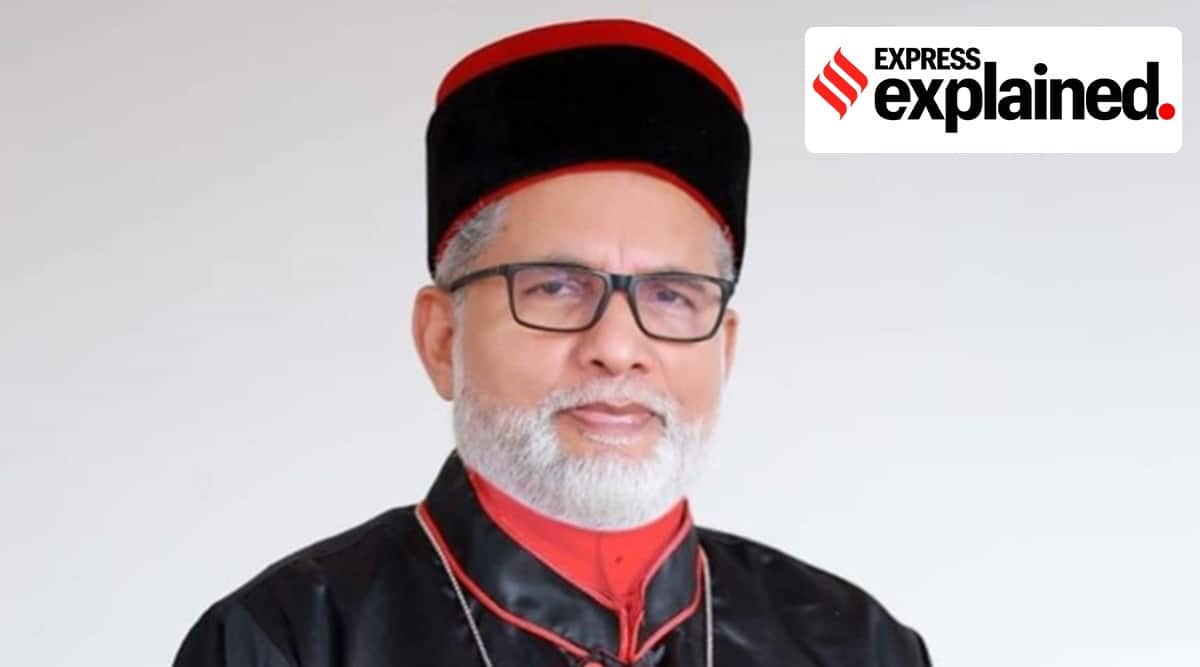 Mar Joseph Kallarangatt heads the Palai diocese of the Syro-Malabar Church, one of the biggest Catholic churches in the state | Photo: Facebook

Mar Joseph Kallarangatt, Bishop of the Palai diocese of the Syro-Malabar Church in Kerala, triggered a major controversy on September 10 when he claimed the existence of ‘narcotic jihad’ in the state targeting young people belonging to non-Muslim faiths. He also alleged that young women, belonging to Christianity and other non-Muslim faiths, were being lured by ‘jihadis’ through ‘love jihad’ and subjected to exploitation, forced religious conversion and terrorist activities.

Who is Mar Joseph Kallarangatt?

Mar Joseph Kallarangatt heads the Palai diocese of the Syro-Malabar Church, one of the biggest Catholic churches in the state. The diocese is home to the largest concentration of Syro-Malabar Christians in Kerala. Kallarangatt, born in 1956 and ordained as a priest in 1982, is considered a scholar and authority on topics of theology within the Church. He has authored over 30 books. He is currently the chairman of the Syro-Malabar Synodal Commission for Family, Laity and Life and wields enormous clout within the Church.

What did the Bishop say and what was the context of his remarks?

Bishop Kallarangatt made the controversial remarks while addressing the laity on the occasion of the Eighth Day of Lent of Mary at a church in Kuravilangad in Kottayam district. While speaking about the importance of protecting families and young women, the bishop raised the twin issues of ‘love jihad’ and ‘narcotic jihad’ as grave threats to young men and women of Christian and other non-Muslim faiths. It was the first time a senior Catholic Bishop took direct aim at the Muslim community by raising the theory of ‘love and narcotic jihad.’

He claimed that since weapons cannot be easily used to destroy people of other faiths in a democratic society like India, ‘jihadis’ are using means which are not easily identifiable. He said that women of non-Muslim faiths were being subjected to exploitation, forced religious conversion and terrorist activities by ‘jihadi’ groups after trapping them through ‘love’ and other means. He cited the examples of Nimisha and Sonia Sebastian, who had converted from Hinduism and Christianity respectively, to marry Muslim men and later ended up in ISIS-controlled Afghanistan to fight for the terror group.

Subsequently, he spoke of an organised racket through ‘narcotic jihad’ by which youngsters of non-Muslim faiths were being lured and trapped through drugs. He claimed rampant use of drugs at ice-cream parlours, hotels and juice shops run by ‘hardcore jihadis’.

What kind of political reactions did the Bishop’s remarks elicit?

Chief Minister Pinarayi Vijayan, in his first response to the Bishop’s remarks, said that it was the first time he had heard of a term called ‘narcotic jihad.’ He said that while the context and circumstances of the Bishop’s remarks were not clear, the issue of narcotics is an ‘anti-social’ issue and doesn’t have religious hues. He added that those in responsible positions must refrain from making statements that cause divisions in society.

A few days later, at another press conference, the chief minister stressed that the state has no intention of initiating legal proceedings against the Bishop even though it’s been labelled as ‘hate speech’ by many. The CPI(M) formally echoed the CM’s remarks, saying the Bishop did not have ‘sinister’ motives behind making the claim of ‘narcotic jihad.’

The Congress struck a harder position on the Bishop’s comments, saying he had ‘crossed the line.’ Leader of Opposition VD Satheesan made a public appeal to all religious and community leaders not to make remarks that would endanger the peace, harmony and trust existing between people in the state. He claimed that while cases of drugs, attacks against women and murders may have increased, it’s wrong to pin them to a particular community/religion.

There was strong condemnation from the Muslim outfits too. Kanthapuram AP Aboobacker Musaliyar, who heads the AP faction of Sunni scholars in the state, said the Bishop must take back his remarks. He underlined that Islam does not approve forced religious conversion through deception. Similarly, Syed Jiffri Muthukoya Thangal, president of the Samastha Kerala Jamiat-ul-Ulema, said if the Bishop had evidence of ‘narcotic jihad’, he should have given the information to the government instead of making a public statement targeting the Muslim community. Such remarks were unexpected from an influential leader who’s expected to foster harmony.

The BJP, however, made a fervent defence of the Bishop’s remarks, saying he had only said what the party and its fountainhead, the RSS, had been saying all along. The party’s state president, K Surendran, said there are attempts to ‘silence’ the Bishop for speaking the truth. The state unit even wrote to Home Minister Amit Shah, seeking security for the Pala bishop and a law to check ‘jihadi activities’.

What is the fallout of the Bishop’s comments?

Kallarangatt’s remarks were widely seen by those in the liberal space as vitiating the peace and trust between Christians and Muslims, who together make up 45 per cent of Kerala’s demographics. The remarks were seen by many as fanning sentiments of Islamophobia among Christians in the state and be used as a dog-whistle to vilify the Muslim community without any valid evidence.

The Palai diocese, however, said in a statement that the Bishop never intended to hurt anyone, but was merely issuing a warning about some dangerous trends in the society. It said the Bishop loved and respected all religions and was only passing on advice to the society to root out evils like drugs.

Following the remarks, the Muslim Coordination Committee organised a protest march to the Bishop’s House, but was stopped by the police. Another march was also carried out by Christian outfits the next day in support of the Bishop.

The BJP has called for an all-party meeting to discuss issues of ‘love and narcotic jihad’ and dismissed rumours that the party was trying to foment trouble. The Congress, on the other hand, has been making attempts to initiate discussions between leaders of all communities and religions to restore communal balance in the state. On Monday, September 20, a meeting of an array of religious leaders was convened by Syro-Malankara Catholic Church Major Archbishop Baselios Cleemis in Thiruvananthapuram.

An Expert Explains: Is appointing Channi, a Dalit, the CM the Congress’ masterstroke in Punjab?