Explained: How the pandemic is sending luxury liners to Alang, for dismantling 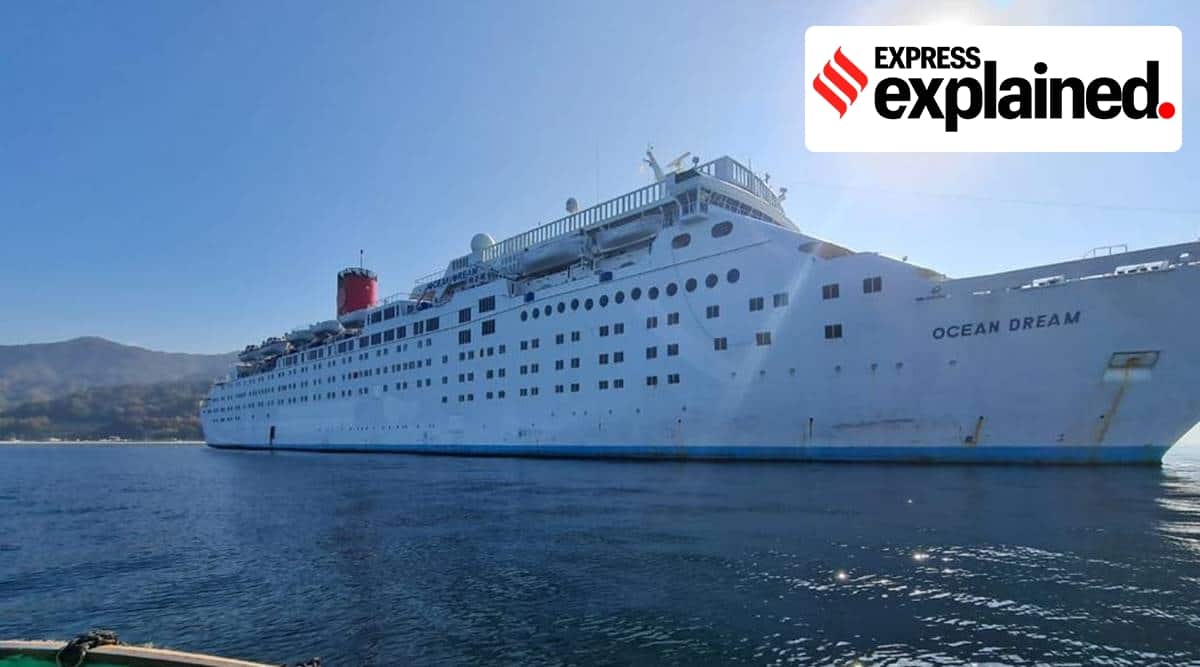 Ocean Dream, one of three luxury liners queued up for breaking at Alang in the last 50 days. (Express Photo)

The Alang Shipbreaking Yard in Bhavnagar district of Gujarat is often seen a mirror of the global economy. When the economy is robust and ships sail, the yard sees a slump in business. In the last 50 days, three luxury liners have queued up to be broken.

Why is there such a queue?

The cruise liner sector, which usually attracts foreign tourists, has come to a standstill. “The Covid-19 outbreak on cruise vessel Diamond Princess docked in Japan in February 2020 caused a global scare with regard to cruise tourism,” said Haresh Parmar, honorary joint secretary of Ship Recycling Industries Association of India, and a shipbreaker at Alang. More than 3,600 passengers and crew were quarantined on the Diamond Princess at Yokohama port. The outbreak eventually led to 700 Covid infections and seven deaths.

Parmar said many cruise owners have either been forced out of business or are facing bankruptcy amid interest on loans, and costs of insurance, crew maintenance, anchorage and fuel costs. “With cruise operations not expected to restart in the next 6-8 months, many (vessels) have been put up for sale or to be scrapped,” Parmar said. “Every year just one cruise ship on an average comes to Alang. In the last one year, no cruise vessels came. It is after a very long time so many cruise vessels are headed to Alang.”

The first was MV Karnika which reached Alang in end-November 2020. The 14-deck vessel had failed to restart operations after the lockdown.

On January 2, the 40-year-old Ocean Dream beached at Alang after it lay idle for close to a year near Hiroshima.

On January 9 came the Marco Polo — formerly Alexander Pushkin, commissioned in 1965 and then the largest and fastest liner in the Soviet merchant fleet. It went through a bankruptcy auction and was sold as scrap after subsequent charter deals fell through.

A fourth vessel, Grand Celebrations, will follow. This 1987-built ship sailing under the St Kitts and Nevis flag is expected to reach Alang later this January.

How has Alang mirrored the global economy now, and previously?

Shipbreakers say Alang has always mirrored the global economy. “In 2010-11 the freight market globally went through a crisis and the impact was felt in Alang when a record 415 ships came to the yard to be dismantled and sold as scrap in 2011-12. When imports and exports decline, the ships lie idle,” said Captain Sudhir Chadha, retired from the Gujarat Maritime Board and now a port officer at Alang. “… At present no country is encouraging tourists to take cruises and the global slump in the cruise industry is pushing debt-ridden and ageing cruises to shipbreaking yards like Alang.”

In 2018, during a slump in the global oil market, every third vessel reaching Alang was either an oil rig or an oil tanker.

How are cruise ships priced in comparison with other vessels?

Container vessels and tankers constitute 99% of the traffic at Alang. Cruise ships currently reaching Alang are priced lower than container vessels by $25-50 per LDT (light displacement tonnage or weight of the ship excluding cargo, fuel, stores etc) “When a shipbreaker purchases a ship for recycling, he mostly looks at the amount of steel they can salvaged. In cruise liners, the amount of steel is less and so they are sold cheaper compared to an oil tanker, bulk carriers or a container ship,” Captain Chadha said.

The INS Viraat and MV Karnika were bought by Shree Ram Group at different auctions, the Karnika at twice the price paid for Viraat. “Karnika is the largest cruise ship to have come to Alang recently. We had got it from a court auction for $12.65 million (about 90 crore). This was a fully loaded ship, having spares, stores, engines, etc. In comparison, INS Viraat weighs less than half of Karnika at 14,000 million tonnes. Secondly, Viraat was a dead vessel and had to be towed to Alang. It did not have its own power. There was no engine or propeller… Just the propeller, which weighs around 50 tonnes, can fetch us crores as it is sold at Rs 300-400 a kilogram,” said Mukesh Patel, chairman of Shree Ram Group.

What happens to the material?

Almost 30% of the steel salvaged from ships dismantled in Alang reaches re-rolling mills in Bhavnagar. The rest goes to mills in Mehsana (Gujarat), Punjab, Madhya Pradesh and Maharashtra. Every year, 2.5-3 million tonnes of steel is salvaged from ships broken up in Alang.

There is also a huge market flourishing outside Alang yard where nearly 900 shops sell reusable parts from furniture, crockery and carpets to consumer goods such as TV sets, refrigerators, boats and machinery. “With a number of cruise vessels coming to Alang, there is renewed interest in the second-hand market that flourishes just outside the yard,” said Parmar.