The virginity test was required not only for women applicants, but also for those marrying army personnel. 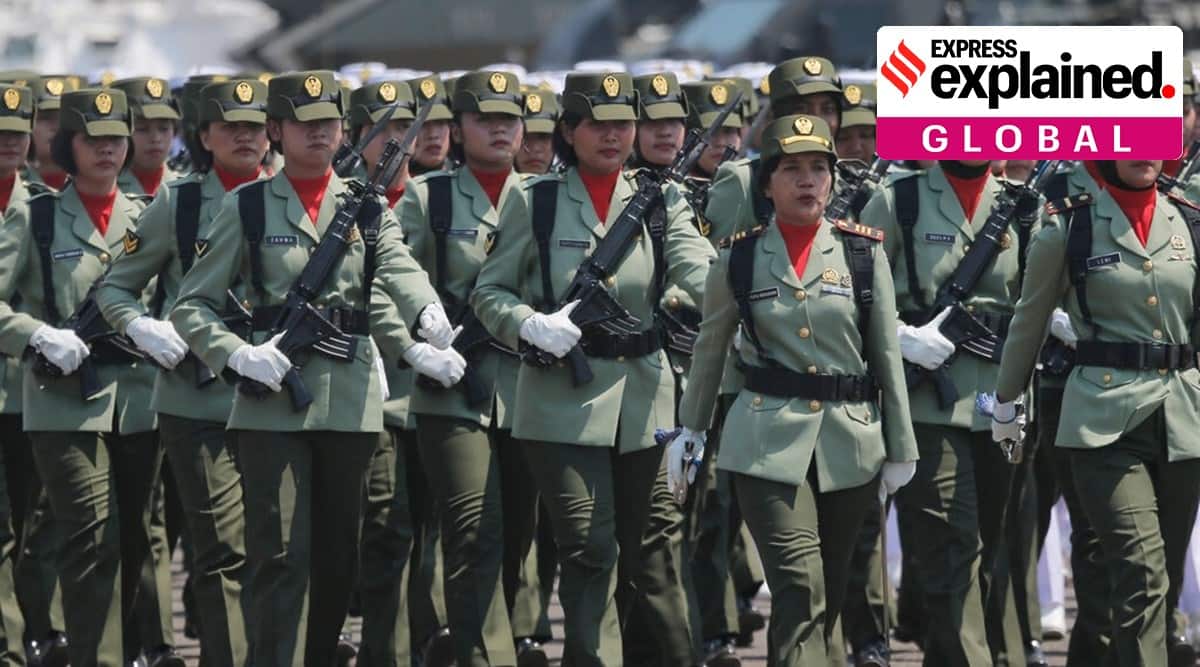 The use of virginity tests by Indonesian security forces was first exposed by Human Rights Watch in 2014. (AP Photo/Representational)

The Indonesian army has scrapped the long-standing practice of virginity tests for women cadets, its chief of staff said Tuesday.

The use of virginity tests by Indonesian security forces was first exposed by Human Rights Watch in 2014. According to its investigation, virginity tests have been imposed on thousands of female applicants since 1965, despite the National Police principles that recruitment must be both “nondiscriminatory” and “humane.”

The same year, Indonesia’s coordinating minister for politics, law, and security, Tedjo Edhi, told reporters that such tests had long been obligatory for female military recruits as well. The test was required not only for female applicants, but also for women marrying army personnel.

While the national police stopped the practice in 2015, it was still continued in the military.

What is a virginity test?

According to World Health Organization’s publication “Eliminating virginity testing: An interagency statement”, Virginity testing–also known as hymen, “two-finger” or vaginal examination–is an inspection of the female genitalia to ascertain whether a woman or girl has engaged in vaginal intercourse.

Human Rights Watch, in a report, described “Virginity testing” as a widely discredited practice that is a form of gender-based violence.

In a teleconference with Indonesian military commanders last month, the Indonesian Army Chief General Andika Perkasa, for the first time, hinted at the end of the practice, saying that the required medical examination for recruitment of female cadets should be similar to that for male cadets. He added that applicants should only be tested on their physical abilities.

The army general also directed army units to only carry out administrative checks for army officers getting married, no longer requiring the prospective bride to undergo a virginity test.

Scientific validity of the practice

A group of United Nations agencies, in a joint statement issued in 2018, called for scrapping of tests meant to assess the virginity of a girl or a woman, describing the practice as a human rights violation with no scientific basis.

According to the World Health Organization’s systematic review on virginity testing, the examination has no scientific merit or clinical indication. The study states that there is no known examination that can prove a person’s history of vaginal intercourse.

It further adds that the practice can cause both immediate and long-term consequences that may be harmful to the physical and psychological well-being of a woman subjected to it.

The report describes the term “virginity” as a social, cultural and religious construct with neither medical nor scientific basis.

In 2015, the former Health Minister of Indonesia, Nila Moeloek, came out publicly against virginity tests as a requirement for women recruits in the military and police force, saying she had “doubts on its necessity, accuracy and merits”. The issue rose to the attention of the European commission, which described the practice as “discriminatory and degrading”.

The scarpping was welcomed by rights activists and organisations. Indonesia researcher and author at HRW Andreas Harsono wrote, “The army command is doing the right thing. It is now the responsibility of territorial and battalion commanders to follow orders, and recognize the unscientific, rights-abusing nature of this practice. Increased pressure also needs to be focused on the top commanders of the navy and the air force to follow the army’s lead, and end this practice.”

Increased pressure also needs to be focused on the top commanders of the Indonesian navy and the air force to follow the army’s lead, and end this unscientific, degrading practice https://t.co/OmVPu5QUxA

According to a Reuters report, Indonesian navy spokesperson Julius Widjojono has said it conducts pregnancy tests on women applicants, but no specific virginity tests. The same report quotes Indan Gilang, an air force spokesperson, as saying that “female reproduction tests were undertaken to check for cysts or other complications that could impair recruits’ ability to serve”, but “virginity tests did not exist in the force’s terminology”.

Kate Walton, a women’s rights activist and community organiser tweeted, “Great news! Indonesian Army Chief Gen. Andika Perkasa has told army commanders that the medical check-up in the recruitment process for female officers should be similar to the male medical test, signaling the end of the so-called “virginity test.”

Deputy European Media Director, HRW, Jan Kooy reiterated that virginity test is a procedure that is pseudoscientific and a gross violation of human rights in a tweet on August 12.

Women in army have been subjected for decades to a procedure that is pseudoscientific and a gross violation of human rights.https://t.co/doj98L9hCE pic.twitter.com/S5JDLR1LmA

The practice is prevalent in 20 other countries

Even though most countries have scrapped the “archaic” and “unscientific” practice of virginity tests, according to United Nations, women and girls in at least 20 countries, including Afghanistan, Egypt, and South Africa, are still often forced to undergo vaginal examination for various reasons, such as requests from potential partners or even from potential employers.

Explained: How did James Anderson knock out Rohit Sharma?