Why India has not seen a big Covid-19 wave, and what lies ahead

India is currently reporting barely 125 new infections a day. The daily count of Covid-19 cases has remained below 1,000 since the start of November. What can we expect in the future? 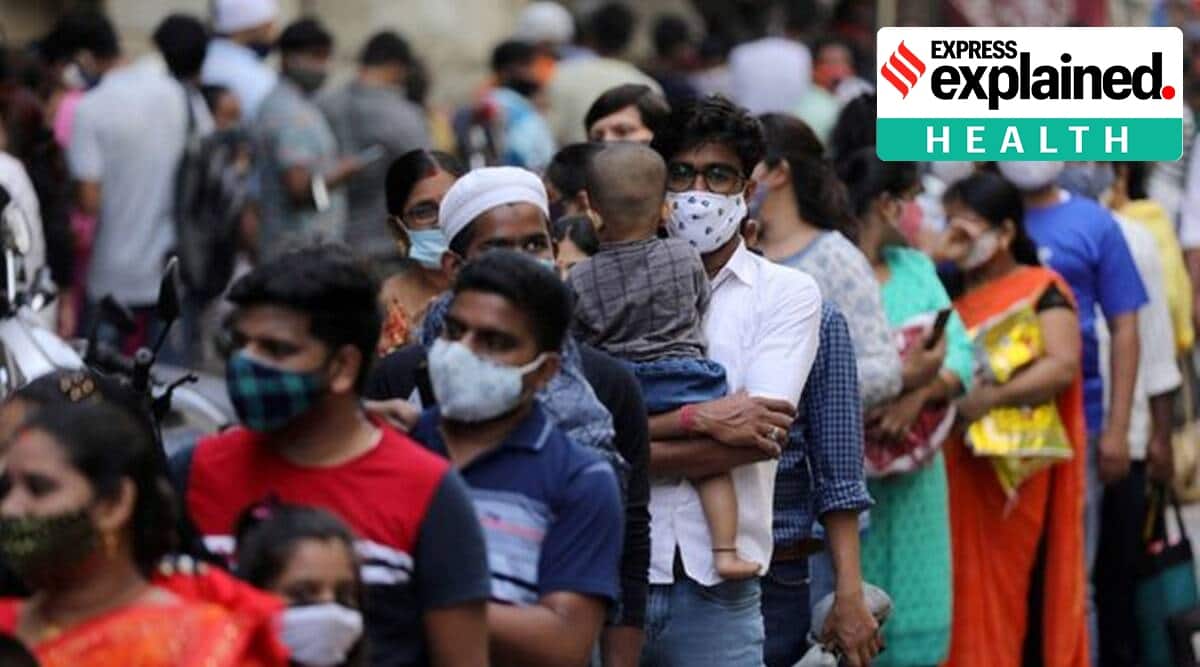 The high vaccination coverage, especially among the vulnerable groups, has also had an important role to play in India's Covid trajectory. (File Photo)
Listen to this article
Why India has not seen a big Covid-19 wave, and what lies ahead
x
00:00
1x 1.5x 1.8x

It has been more than 10 months since the third wave of Covid-19 infections subsided in India. Except for a relatively minor surge during June and July last year, the spread of infections has been very low. In fact, this is now the most prolonged phase without any major rise in infections during the three years of the pandemic.

This period of relative calmness is remarkable considering that many other countries continue to report large numbers of infections even today. Europe is still reporting over 80,000 new infections a day, Japan more than one lakh cases a day, and the United States about 40,000 cases a day. They have had worse periods in the past six months. China has been in the midst of its worst phase of the pandemic, with about 80 per cent of its population likely to have got infected in the past three months.

Opinion |Why a fresh national Covid wave is unlikely in India

In comparison, India is currently reporting barely 125 new infections a day. The daily count of cases has remained below 1,000 since the start of November. Even during the surge of June and July, the case count did not go beyond 22,000 a day. Hospitalisations and deaths have been extremely low. Since December, the reported death count has remained in single digits every day.

The virus is not treating India in any special manner. Nor has India done anything unique to curb the virus from spreading. The fact that the pandemic has been largely relegated to the background in the past ten months has a lot to do with the way the second and third waves — powered by the Delta and Omicron variants respectively — affected the Indian population. The high vaccination coverage, especially among the vulnerable groups, has also had an important role to play.

Scientists say that though there has indeed been no major surge in cases in the past six months, the reported numbers are not a true reflection of the actual infections. Far greater number of people have been getting infected, and that is actually not a bad thing.

“The reason we have not seen a huge surge is because people still have immunity. And if only a very small number of people were getting infected in the last eight-nine months, as the reported numbers would suggest, that would mean that a large proportion of the population would have had their immunity severely weakened by now. That could have resulted in a surge. But that hasn’t happened. This means that the virus has been infecting many more people than the reported numbers convey, so that a substantial number of people continue to have immunity,” said Anurag Agarwal, former head of the Delhi-based Institute of Genomics and Integrative Biology.

“The key, of course, is that the infections have been producing only mild diseases. So, many people are not getting themselves tested. But the virus is circulating. It is infecting people. Most people in India were infected by both the Delta and the Omicron variants and gained natural immunity. Most of them also got vaccinated. We did an exceedingly good job of getting the vulnerable groups fully vaccinated. This hybrid immunity has ensured that things have remained under control after that,” Agarwal said.

Advertisement
Also Explained |Norovirus cases detected in Kerala: what is this virus and how dangerous is it?

Shahid Jameel, a virologist who is currently with the University of Oxford, had a similar assessment. “Big surges happen when you suddenly have a large group of susceptible people. In India’s case, that situation does not seem to have arisen in the past 9-10 months. People have gotten infected and have recovered. The immunity has been refreshed in the process. So, while the virus is continuing to circulate, it is not creating a major surge,” he said.

While vaccination has been extremely effective in boosting immunity, especially of the vulnerable groups, a further booster dose would be unnecessary for now.

“There is no point in giving a fourth dose of the current vaccines. It might be useful for the extremely vulnerable, but for others it would be meaningless. Unless we have the next generation of vaccines, updated to fight the latest variants, further vaccination in the Indian population would not be needed,” Agarwal said.

Ripples, not waves, in future

Both Agarwal and Jameel agreed that a big wave was unlikely in India in the near future, unless the virus underwent a drastic change.

“I don’t foresee any big wave of severe Covid in India anytime soon. We have not seen the emergence of any new variant in the past year. All the variants in circulation right now are the sub-lineages of Omicron. And most of the Indian population has been exposed to these. Unless the virus mutates into something very different and dangerous, the possibility of a big surge is low,” Agarwal said.

Jameel said the emergence of a more dangerous variant itself was a low probability event. “Because so many people across the world have been infected already, the mutation space for the virus is getting restricted. A very highly transmissible variant can still emerge, but that has a low probability. In India, therefore, I would expect ripples, not waves in the near future,” he said.

But that did not mean that the pandemic was no longer a concern, Jameel said. “I have heard many say that it is alright even if this coronavirus becomes endemic. Actually, it is not. There are several endemic diseases that continue to kill a large number of people in different parts of the world. Malaria, for example, or tuberculosis. So, it would still be better to avoid getting infected as far as possible,” he said.

Agarwal pointed to the possible impact of the Covid-19 infection on other ailments. “There are some indications that the coronavirus infection could aggravate other diseases. In the UK, the incidence of heart attacks in younger people is said to be on the increase and it is being attributed to Covid-19 infections. There could be other impacts as well, which might be known only later,” Agarwal said.