While the day is always celebrated with much enthusiasm in the country’s smallest state, the celebrations are expected to have an added dimension this year with assembly elections just a couple of months away. 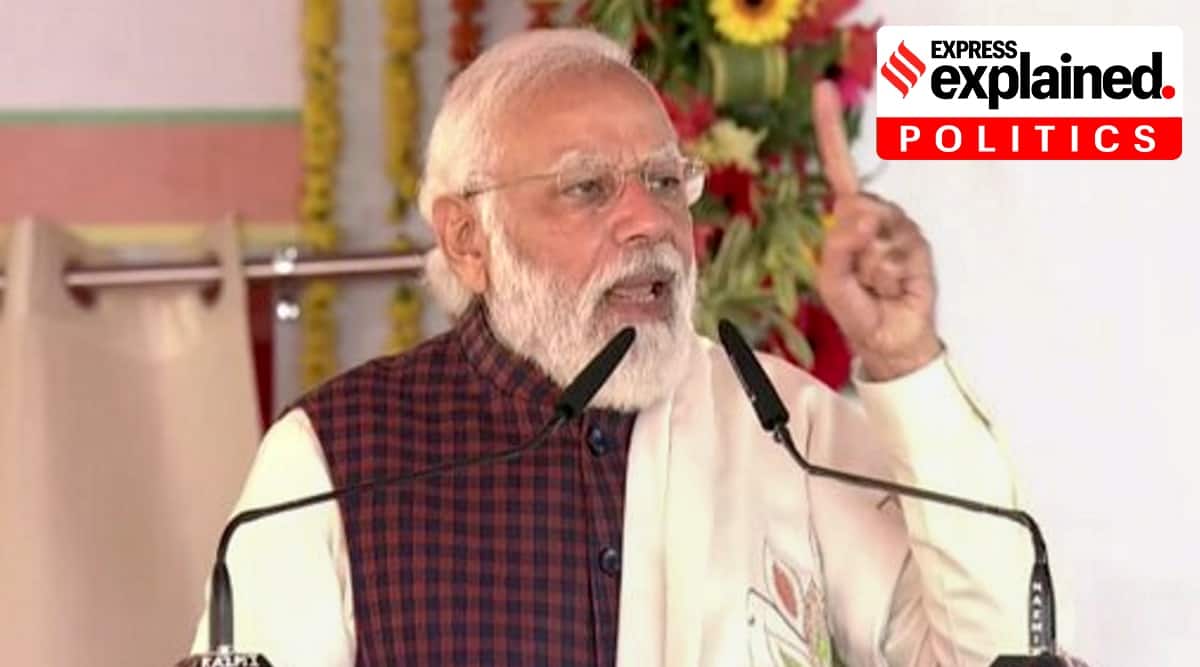 PM Modi is slated to inaugurate major projects in the state on Sunday. (PTI)

Prime Minister Narendra Modi will be in Goa on Sunday as the state celebrates its 60th liberation day. The diamond jubilee celebrations were set in motion on December 19, 2020 by President Ram Nath Kovind on banks of the Mandovi river in Panaji, with the state government rolling out many programmes since then. The Centre too had announced a grant of Rs 300 crore for Goa.

While the day is always celebrated with much enthusiasm in the country’s smallest state, the celebrations are expected to have an added dimension this year with assembly elections just a couple of months away.

Why does Goa observe liberation day on December 19?

An important port for trade and military operations, Goa was ruled by the Portuguese for more than 450 years. While historically, revolts against Portuguese rulers and their policies were recorded in the 18th and 19th century too, on June 18, 1946, the movement of Goa’s liberation gathered momentum after socialist leader Dr Ram Manohar Lohia plunged himself into the freedom movement with many young Goans. The day is now observed as Goa Revolution Day.

However, even as India became independent on August 15, 1947, Goa continued to be under Portuguese rule 14 years after that. After India’s independence from the British in 1947, the calls for Goa’s Liberation again gathered steam. After multiple agitations by freedom fighters, India made peaceful attempts for Goa’s liberation through diplomatic channels. However, as a last resort, the Indian government then led by Prime Minister Jawaharlal Nehru, sent in its armed forces to the coastal state after which the Portuguese surrendered and Goa was liberated on December 19, 1961. This moment also marked the exit of the Portuguese, the last of the European colonisers to leave India.

What was ‘Operation Vijay’?

While the army advanced into Goa from the North and the East, the Indian Air Force bombed the Portuguese airbase at Dabolim. The Indian Navy was tasked with preventing hostile action by Portuguese warships, securing access to the Mormugao harbour, and securing the Anjadip island off Karwar.

By the evening of December 19, 1961, Portuguese Governor General Vassalo De Silva had signed the document of surrender after Indian armed forces, led by the army and backed by the air force and navy, had outnumbered and overwhelmed the Portuguese. Goa was then brought under the control of the Indian government.

On Sunday, the Prime Minister will also release a Special Cover and Special Cancellation to mark the commemoration of Indian Armed Forces freeing Goa from Portuguese rule. This special episode of history is etched on the war memorial at Indian Naval Ship Gomantak, constructed in memory of seven young sailors and other personnel who laid down their lives in “Operation Vijay” that led to Goa’s liberation.

What happened after the liberation of Goa?

Goa was annexed into the Indian union and was the Union Territory of Goa, Daman and Diu. In 1967, however, the question of whether the state should merge with Maharashstra or not was answered through a plebiscite in which the majority of the Goan people voted against a merger. It continued to remain a Union Territory until 1987 when it was accorded statehood. Goa became India’s 25th state even as Daman and Diu continue to be Union Territories.

What are the various events that are part of the 60th year celebrations?

While the state government had held various events under the ‘Goa@60’ theme including a women’s parliament and a youth parliament, PM Modi is slated to inaugurate major projects in the state on Sunday including the inauguration of the renovated Fort Aguada Jail Museum in North Goa and the Super Specialty Block at the Goa Medical College and Hospital.

The Prime Minister will inaugurate projects in both North and South Goa including the New South Goa District Hospital, Aviation Skill Development Center at Mopa Airport and the Gas insulated Substation at Dabolim-Navelim, Margao. He will also lay the foundation Stone for India International University of Legal Education and Research of Bar Council of India Trust at Goa.

WhilePM Modi had earlier virtually interacted with officials and beneficiaries of Goa government’s Swayampurna Goa programme that is modeled after the Atmanirbhar Bharat programme, he will be awarding the best performing village panchayats, municipalities and ‘Swayampurna Mitras’. He is also scheduled to visit the Azad Maidan in Panaji to pay tribute at the Martyr’s Memorial and attend the Sail Parade and Fly Past at Miramar, Panaji.

Empowered by photography, these children compose a new frame on their lives