Jaishankar's Sri Lanka visit had 3 focus areas: reaffirmation of India's support for the country's economic recovery, an invitation to its President, and conveying New Delhi's expectations from Colombo. 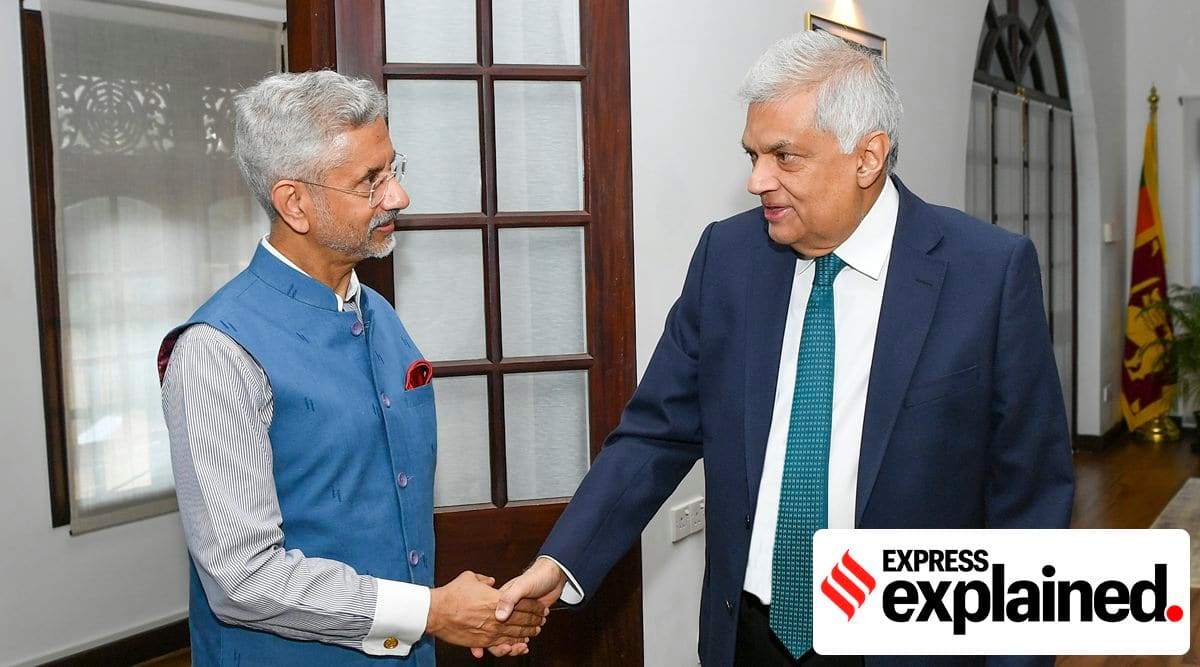 External Affairs Minister S Jaishankar’s visit to Sri Lanka, after his visit to the Maldives, conveyed 1) glad tidings, 2) a much delayed invitation, and 3) two strong messages on India’s expectations of its nearest Indian Ocean neighbour. Taken together, the three provide an understanding of how Delhi views its relations with Colombo.

Jaishankar’s January 20 visit came a day after India had conveyed to the International Monetary Fund (IMF) that India strongly supports Sri Lanka’s debt restructuring plan. New Delhi is the first bilateral creditor to do so. Sri Lanka has sought similar reassurances from China and other creditors as well.

“As soon as adequate assurances are obtained and remaining requirements are met…a Fund-supported program for Sri Lanka can be presented to the IMF’s Executive Board for approval that would unlock much needed financing,” the IMF said in a statement on Monday.

Last September, Sri Lanka qualified for an IMF Extended Fund Facility of $ 2.9 billion to tide over its economic crisis, but as a precondition, Colombo’s bilateral creditors must provide financing assurances on debt sustainability. China, Japan, and India are Sri Lanka’s main bilateral creditors.

The creditors’ main concern is that the restructuring plan must treat all creditors equally. India and China did not accept the invitation of the Paris Club — a group of 22 OECD nations of which Japan is part — to join the platform. India and Japan have been in bilateral discussions with Sri Lanka; China is yet to say clearly what it wants.

Jaishankar said in Colombo that in going to the IMF first, India “did not wait on others and decided to do what we believe is right”, acting on its Neighbourhood First principle. He hoped other bilateral creditors would follow suit. He did not mention any other country, but said India expected that its first move would not only help Sri Lanka consolidate its position, but that all creditors would would be treated equally.

The Sri Lankans were appreciative of last year’s $ 4 billion bailout from New Delhi; they would now be even more acutely aware that not only did Beijing not pitch in last year, its seeming reluctance to give the assurance the IMF requires, could derail any recovery plan.

New Sri Lankan Presidents have traditionally made their first foreign visit to New Delhi, within weeks if not days of taking charge. In 2019, India reversed the tradition: Jaishankar flew to Colombo to greet Gotabaya Rajapaksa on his election as President, and invited him to visit New Delhi. But after Ranil Wickremesinghe replaced Rajapaksa — the bulk of his support in the parliamentary vote came from the Rajapaksas’ Sri Lanka Podujana Peramuna — India reacted cautiously.

The first response was from the Indian High Commission in Colombo, assuring India’s support to “the people” in their quest for economic recovery “through democratic means and values, established democratic institutions and constitutional framework”. Prime Minister Narendra Modi sent his congratulatory message only after a week, again mentioning India’s support to the people of Sri Lanka.

President Wickremesinghe’s first two visits abroad were to Japan and the UK, for the funerals of Minister Shinzo Abe and Queen Elizabeth respectively.

This is the first time since at least the 1990s that it has taken so long for New Delhi to invite a new Sri Lankan President. Wickremesinghe will “visit India at an early date to discuss how our partnership can facilitate Sri Lanka’s strong recovery”.

Since end-2020, when Sri Lanka’s then finance minister Basil Rajapaksa arrived in India to seek help to tide over the crisis that was rapidly building up at the time, India has been clear that its cooperation would rest on the “four pillars” of energy security, food security, currency support for foreign exchange, and Indian investment in Sri Lanka.

Over the last year, India has managed to push both long pending projects such as the Trinco oil tank farm, as well as new ones such as the Adani investment in wind farms in north-western Sri Lanka. The Adani Group is also developing the west container terminal at Colombo port. But rumblings continue in Colombo at the apparent quid pro quo in these deals.

Jaishankar’s first blunt message was that financial assistance is a quick-fix that cannot on its own put Sri Lanka on the path of economic recovery. India was ready to help with the investment it needs, but Colombo must create the right environment. India, Jaishankar made it clear, was interested in the energy, tourism, and infrastructure sectors.

“We count on the government of Sri Lanka to create a business friendly environment to create a pull factor. I am confident that the gravity of the situation is realised by policy makers here,” he said.

Sri Lanka’s renewable energy potential is said to be much more than it can consume. Selling the surplus to India by connecting to an Indian grid through undersea cables is projected as a sustainable source of revenue. Also, the oil storage capacity in Trincomalee could be utilised to provide energy security both to Sri Lanka and the region.

Jaishankar announced that the two countries had “agreed in principle on a renewable energy framework that would take this co-operation forward”.

The second message is one that India has sent loudly and emphatically over the past few months — asking the Sri Lankan government to implement the 13th amendment in its constitution.

The amendment, which provides for elected provincial councils, was introduced at India’s intervention in 1987. It is the only concession in the constitution on the Tamil demand for devolution.

The amendment — opposed tooth and nail by Sinhala-Buddhist nationalists both then and now — was intended to create a provincial council in Sri Lanka’s Tamil north-east. As it could not be an exceptional provision, the whole country was carved into provinces for the first time.

Jaishankar, who met leaders of the Tamil National Alliance, said the “full implementation of the 13th amendment” and early provincial council elections were “critical” for Sri Lanka’s political stability. During the Rajapaksa regime, there was talk of removing it from the constitution. On the other hand, sections of the Tamil political leadership have spoken about Tamil aspirations having moved beyond this provision, and the need for a “13th Amendment Plus”. Jaishankar’s message seemed intended for them too.