As India take G20 presidency, 5 takeaways from the summit in Bali 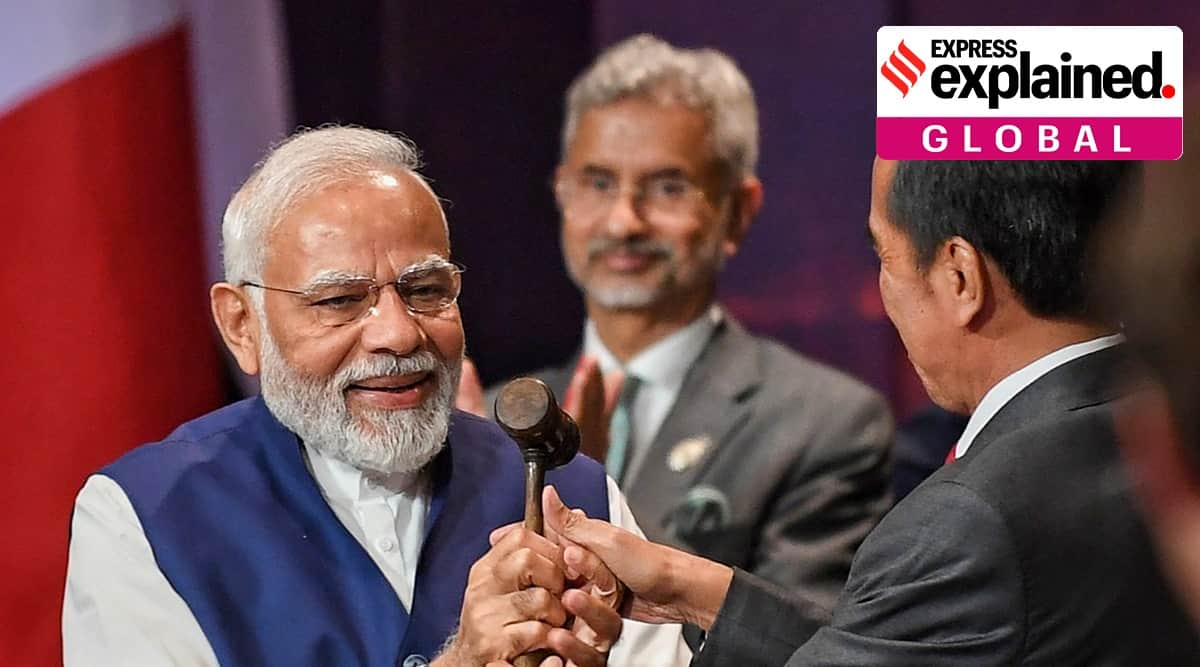 The G20 summit in Bali, Indonesia, which took place in the shadow of the Russia-Ukraine conflict, produced some high-voltage drama on Wednesday after a missile landed in Poland, a NATO member country, killing two people. Poland and NATO subsequently said there was “no indication” that the missile was an intentional Russian attack, and that the Soviet-era projectile was likely launched by Ukrainian air defences.

Here are five takeaways from the summit, the first post-pandemic meeting of the G20 grouping.

Opinion |G20 presidency: An opportunity for India to assume leadership of the Global South

Prime Minister Modi, in his statement to President Putin in a bilateral meeting on the margins of the Shanghai Cooperation Organisation (SCO) summit in Samarkand in September this year, had said, “Now is not the time for war.”

This, according to Indian officials, was an outcome of a constructive, cooperative, and consensus-building approach adopted by India, which helped bridge the gap between Russia and the Western countries led by the US.

Second, US President Joe Biden met with Chinese President Xi Jinping on the sidelines of G20, their first face-to-face conversation as leaders of their two countries.

The presidents of the world’s two most powerful economies talked for about three hours at a time when the ties between their countries have been strained, and their post-meeting comments are seen as an incremental step towards rebuilding the fractured relationship.

Taiwan dominated the discussions, and in their readouts of the meetings, both leaders urged “peace and stability” in the Taiwan strait.

With Biden coming out stronger after the Democratic party fared better than expected in the mid-term elections in the United States, and Xi being elected supreme leader of China for the third time, the two men are in stronger negotiating positions than earlier.

While a long-term thaw is the ultimate policy objective, the fact that US Secretary of State Antony Blinken plans to visit China next year, and that Biden talked about a “new framework” for dealing with China, are seen as green shoots.

Third, the divide between Russia and the West led by the US was evident again for a few hours after news of the “Russian-built” missile landing in Poland broke.

G7 leaders gathered quickly to condemn the alleged Russian action — which was seen as a message from President Putin to the West.

Putin did not attend the summit in Bali, and the barrage of Russian missiles targeting Kyiv at the same time as the G20 leaders were meeting, was seen as a show of strength by the Kremlin after Russian forces were forced to withdraw from Kherson — a retreat that Ukraine’s President Volodymyr Zelenskyy declared was “the beginning of the end of the war”.

It later turned out that the missile that landed in Poland had been fired by the Ukrainians to intercept an incoming Russian missile attack.

This was possibly one of the most stark images out of the summit, as the two leaders — who had met at least 18 times between 2014 and 2019 — met after a two-year hiatus. In their first meeting in public view since the India-China border standoff began in 2020, Prime Minister Modi and President Xi shook hands and spoke to each other.

While there was no substantive readout on the conversation that was captured by the cameras at the summit dinner, sources said the two leaders “exchanged courtesies at the conclusion of the dinner”.

The last time Modi and Xi had been seen interacting in public was in Brazil in November 2019, on the sidelines of the BRICS summit. In October 2019, Xi visited India for an informal summit in Mahabalipuram. In September this year, the two leaders attended the SCO summit in Samarkand, Uzbekistan, but there were no photographs or statements about a meeting between them.

The Bali handshake took place towards the end of the dinner. The two leaders greeted each other as Xi walked by, and Modi, who was seen seated and chatting with Blinken, turned around and shook hands with him. The video showed a brief, relaxed conversation, before the camera moved elsewhere.

Fifth, India has got the presidency of the G20, the first time the country will be holding an international summit of this scale.

Indonesia’s President handed over the gavel to the Indian Prime Minister as the next chair of the grouping. New Delhi will host G20 leaders for the summit on September 9 and 10, 2023. At the closing session of the summit, Prime Minister Modi told G20 leaders that India’s presidency will be “inclusive, ambitious, decisive, and action-oriented”.

He underlined environment, women-led development, peace and security, economic growth, technological innovation as priorities, which are embodied in the theme of India’s G20 chairmanship: “One Earth, One Family, One Future”.

Earlier, Modi had said on November 15 that the Covid pandemic, climate change and Ukraine conflict have together caused “havoc in the world”, leaving supply chains “in ruins” and triggering a “crisis of essentials”, adding that the poor face a “more severe” challenge. He had called for a “new world order for post-Covid period”.

Tamil Nadu teen footballer Priya dies due to botched surgery: What you need to know about arthroscopy and its risks