Explained: 5 years after terror attack, why Charlie Hebdo has reprinted caricatures of the Prophet

Charlie Hebdo: As the trial of accomplices of the terrorists in 2015 attack begins, French satirical magazine says drawings belong to history that cannot be erased. A person holds up a "Je Suis Charlie" (I am Charlie) sign during a ceremony to pay tribute to the victims of the shooting at the French satirical newspaper Charlie Hebdo, in Paris (Reuters/File)

Five years after Islamist terrorists stormed its offices in Paris and slaughtered 12 people and injured at least 11, the French satirical magazine Charlie Hebdo on Tuesday (September 1) republished controversial cartoons depicting the Prophet, which had provoked that attack.

Among those killed in the January 7, 2015 attack by brothers Saïd and Chérif Kouachi, were several cartoonists, including some of France’s most celebrated. The massacre left a deep scar and sparked global debates on free speech, blasphemy and religion.

The caricatures were reprinted a day before the scheduled opening of the trial of 14 suspected accomplices who were accused of providing logistic and material support to the two terrorists. The Kouachi brothers themselves were killed by French gendarmes in a standoff outside Paris on January 9, 2015.

The suspects will be tried on multiple charges, including complicity in murder and terrorist conspiracy, at a courthouse in northwest Paris over the next few months.

Why did Charlie Hebdo republish the cartoons?

Many believe that by republishing the cartoons a day before the landmark trial, the iconoclastic French publication sought to make a loud and defiant statement in support of free speech and expression. Some others have said that by its provocative action, Charlie Hebdo is needlessly reopening old wounds.

In an editorial note accompanying the new edition, publishing director Laurent ‘Riss’ Sourisseau, who sustained injuries in the 2015 attack, wrote, “We will never give up. The hatred that struck us is still there and, since 2015, it has taken the time to mutate, to change its appearance, to go unnoticed and to quietly continue its ruthless crusade.” 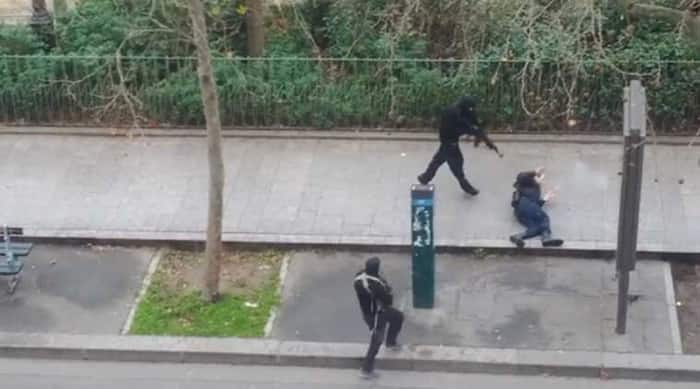 Among those killed in the January 7, 2015 attack by brothers Saïd and Chérif Kouachi, were several cartoonists, including some of France’s most celebrated. (File Photo)

Sourisseau, who named each of the victims of the attack in the foreword, said the only reasons to not publish the cartoons again would “stem from political or journalistic cowardice”, according to media reports. The drawings “belong to history, and history cannot be rewritten nor erased”, the magazine said.

Charlie Hebdo has had a history of provocation

The cover of the latest edition of the magazine features all 12 cartoons, which were criticised around the world, and triggered violent protests in some Muslim countries.

The cartoons were first published by the Danish newspaper Jyllands-Posten on September 30, 2005, and subsequently reprinted by Charlie Hebdo the following year. Jyllands-Posten claimed that the caricatures were meant to serve as a commentary on the culture of fear and self-censorship within the Danish media.

The cartoons were condemned by Muslim groups, which said they were blasphemous. They were also criticised strongly for furthering stereotypes about Muslims, and for unfairly branding them as terrorists.

In the months that followed the publication of the cartoons in Jyllands-Posten and Charlie Hebdo, violent protests broke out across Asia and the Middle East. Religious leaders in Muslim countries called for a boycott of Danish goods. The editor-in-chief of the newspaper ultimately issued a lengthy apology for publishing the cartoons, which he said had caused “serious misunderstandings”.

In France, an attempt to sue Charlie Hebdo for hate speech was defeated in court. In 2011 and 2012, the magazine again published illustrations that were offensive to Muslims, and triggered criticism and a backlash that included a firebomb attack on its office.

What happened at the Charlie Hebdo office in 2015?

The Kouachi brothers, French-born sons of Algerian immigrants, stormed the Charlie Hebdo office in Paris armed with Kalashnikov assault rifles, grenades and pistols. Among the 12 people they killed was then-editor Stéphane Charbonnier, the satirical caricaturist and journalist widely known as ‘Charb’. In this 2012 file photo, Charb, the publishing director of the satyric weekly Charlie Hebdo, displays the front page of the newspaper as he poses for photographers in Paris. (AP)

Media reports from the time said many witnesses heard the gunmen shouting “We have avenged the Prophet” and “God is Great” in Arabic, while calling out the journalists and cartoonists by name. Yemen-based al-Qaida on the Arabian Peninsula (AQAP), also known as Ansar al-Sharia, claimed responsibility for the attack.

Police arrived at the scene just as the terrorists were leaving the building. Videos shot by journalists and others showed the attackers shooting at a police vehicle before driving off.

On January 9, 2015, the same day that the Kouachi brothers were killed by French agents in Dammartin-en-Goële, about 30 km northeast of the centre of Paris, one of their friends, Amedy Coulibaly, attacked a Jewish supermarket in Paris and killed at least four Jewish men and a policewoman before being shot dead.

What has been the reaction to the magazine’s decision to republish the cartoons?

Through its official Twitter handle, Pakistan’s Foreign Office on Monday condemned “in the strongest terms the decision by the French magazine, Charlie Hebdo, to re-publish (the) deeply offensive caricature of the Holy Prophet”. Spokesman Zahid Hafeez Chaudhri said: “Such a deliberate act to offend the sentiments of billions of Muslims cannot be justified as an exercise in press freedom or freedom of expression. Such actions undermine the global aspirations for peaceful co-existence as well as social and inter-faith harmony.” 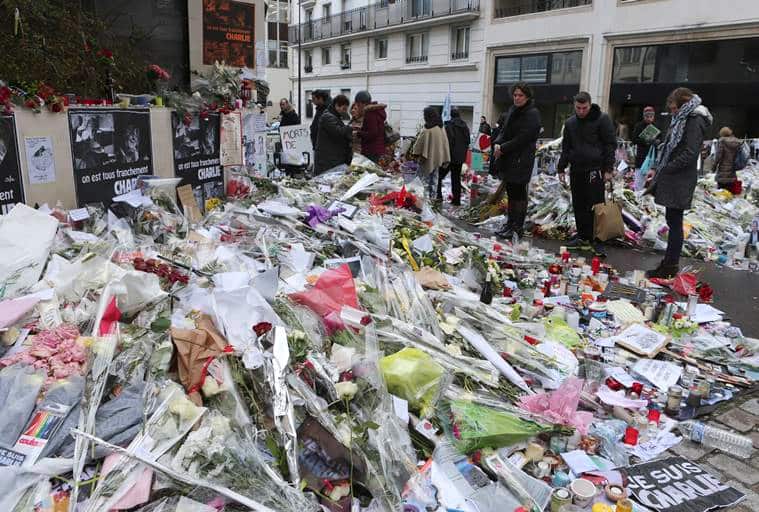 Mohammed Moussaoui, president of the French Council of Muslim Worship (CFCM) urged people to ignore the cartoons. “The freedom to caricature is guaranteed for all, the freedom to love or not to love (the caricatures) as well. Nothing can justify violence,” Moussaoui told AFP.

What will happen at the Charlie Hebdo trial?

Fourteen people — 13 men and one woman — who have been accused of providing the gunmen with weapons and logistical support at the time of the attacks will be put on trial on Wednesday. The trial was originally supposed to begin in March, but was postponed due to the coronavirus pandemic. It is now expected to last till November.

According to French broadcaster RFI, all the survivors of the attack are likely to testify in the courtroom in Paris over the next few months. There are believed to be around 200 plaintiffs in the trial, BBC reported.

France’s Interior Ministor Gérard Darmanin has called the trial “historic”, and said that “the fight against Islamist terrorism is a major priority of the government”.

French President Emmanuel Macron was quoted as saying on Tuesday that it was not his place to pass judgment on Charlie Hebdo’s decision to re-publish the cartoons.

Speaking during a visit to Lebanon, Macron said it was important for French citizens to be respectful towards each other, and to avoid a “dialogue of hate”, but he would not criticize the magazine’s decision to republish the cartoon, DW reported, quoting the French broadcaster BFM TV.