Explained: How figure skater Valieva was banned, then reinstated at Olympics despite doping charge

After being cleared to compete, Valieva topped the short programme on Tuesday with a score of 82.16, ahead of Russian teammate Anna Shcherbakova, by nearly 2 points. Japan’s Kaori Sakamoto was third at 79.84. 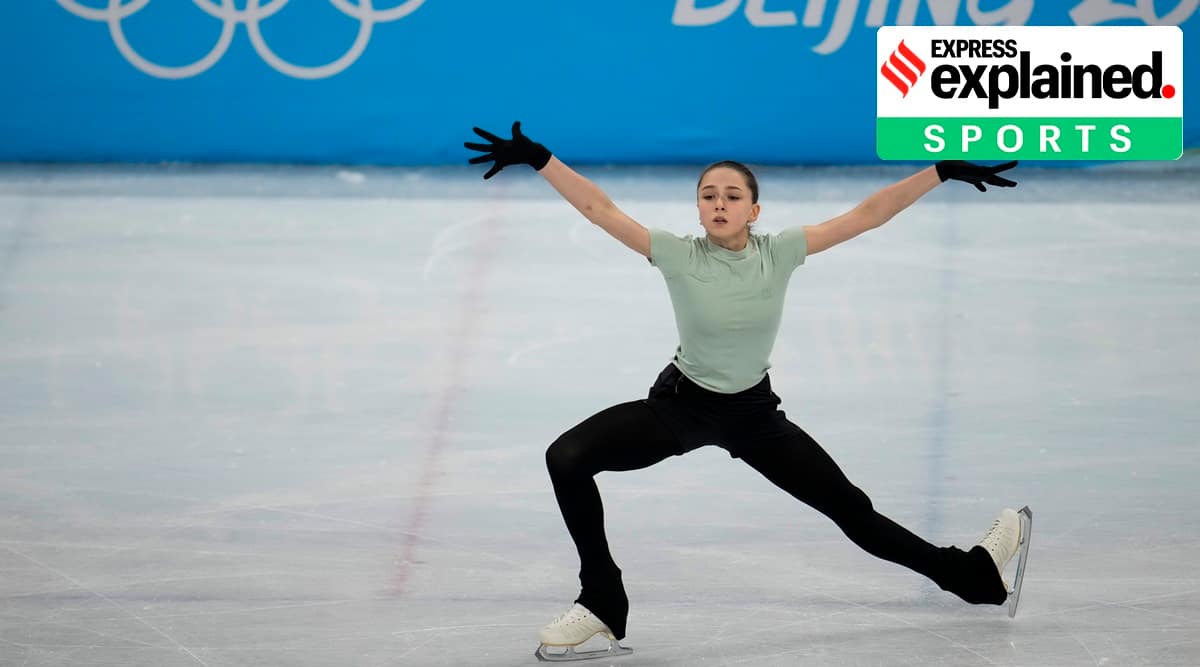 Russian teenage figure skater Kamila Valieva took the Beijing Games by storm, becoming the first woman ever to land a quadruple jump at the Olympics last Monday. After leading the Russian Olympic Committee (ROC) to gold, reports emerged that the 15-year-old had failed a test for performance-enhancing drugs. During a whirlwind week, Valieva was provisionally suspended, then cleared to compete and is now expected to take singles gold at the free skate event on Thursday.

Who is Kamila Valieva, the phenom

Nicknamed ‘Miss Perfect’, Valieva came into the Beijing Olympics with lofty billing and hype. The 15-year-old phenom ended the Russian Figure Skating Championships in December with a final score of 283.48, 35 points ahead of second place. Then in January, she was by far the best performer at the European Figure Skating Championships, securing 90.45 in the short programme (the highest score ever recorded) and 168.61 in the free skate event.

After dominating the national and continental competition, Valieva lived up to expectations on the international stage too. On February 6, she competed in the women’s single skating short programme. In her first appearance at the Beijing Games, she became one of only four women to land a triple axel at the Olympics, scoring 90.18 (second-placed Japanese skater Wakaba Higuchi got 74.73), just shy of her own world record.

The day after, Valieva helped the ROC win the team event gold. She posted a 178.92 in free skate, twice landing a quadruple jump, the hardest move in the sport. During her run, she became the first woman to land a quadruple salchow and a quadruple toe loop at the Olympics.

The timeline of trouble

On February 8, the medal ceremony for the team event was postponed. The World Anti-Doping Agency (WADA)-accredited laboratory in Stockholm then reported that a sample from Valieva — collected by the Russian Anti-Doping Agency (RUSADA) during the national championship in December — had returned positive for trimetazidine.

Valieva was handed a provisional suspension by RUSADA, which was lifted within a day after an appeal from the skater, allowing her to compete at the Winter Games. While reports of the positive test emerged in Russian outlets, it wasn’t made public till February 11, when the International Testing Agency (ITA) issued a statement detailing the timeline of test collection, notification of the banned substance in the test, suspension and suspension reversal.

The hearing, and ‘exceptional circumstances’

After a nearly six-hour-long videoconference, a three-person panel from the Court of Arbitration for Sport (CAS) ruled on Monday to allow Valieva to compete at the Olympics.

CAS emphasised that “there were serious issues of untimely notification” of the result of the test and the “…late notification was not her fault, in the middle of the Olympic Winter Games”.

Valieva’s age (15) and the corresponding status as a “protected person” was a key factor in the ruling. “When a minor is involved, there is a requirement in the World Anti-Doping Code to investigate the entourage,” the panel said in a statement.

Matthieu Reeb, CAS director-general, said: “The panel considered that preventing the athlete to compete in the Olympic Games would cause her irreparable harm in these circumstances.”

Earlier, Valieva’s positive test and the timeline was also not made public for three days before ITA divulged the details, claiming that it would not normally name a minor but did so due to “the necessity for official information due to heightened public interest.”

After being cleared to compete, Valieva topped the short programme on Tuesday with a score of 82.16, ahead of Russian teammate Anna Shcherbakova, by nearly 2 points. Japan’s Kaori Sakamoto was third at 79.84.

Valieva’s competes on Thursday in the free skate programme. But IOC has announced that there will be no flower and medal ceremonies should she finish among the top three skaters.

The New York Times reported that Valieva’s sample included three substances that are sometimes used to help the heart, according to a document filed in her hearing. Chief among them is trimetazidine or TMZ — a metabolic drug used to treat angina and chest pain caused by lack of blood and oxygen supply to the heart. The drug can also be used to reduce symptoms of vertigo, tinnitus and blurred vision.

Trimetazidine was added to WADA’s list of prohibited substances in 2014 as a “hormone and metabolic modulator.”

According to the NYT, the two other substances listed by Valieva on a doping control form are Hypoxen and L-carnitine, also used to treat the heart but not on the banned list.

IOC member Denis Oswald told reporters that the presence of trimetazidine was “contamination which happened with a product her grandfather was taking”. According to Russian newspaper Pravda, Valieva’s lawyer Anna Kozmenko made a similar argument.

“There can be completely different ways how it got into her body,” Kozmenko is reported to have said. “For example, grandfather drank something from a glass, saliva got in, this glass was somehow later used by an athlete. Or the drug lay down on some surface, traces remained, which the athlete then drank.”