Explained: Everything you need to know about livestreaming e-commerce

The COVID-19 pandemic, coupled with the limited access to brick-and-mortar stores, has given a big boost to what is called livestreaming e-commerce. It is an amalgamation of several tech trends —— streaming, influencers, social media and e-commerce. 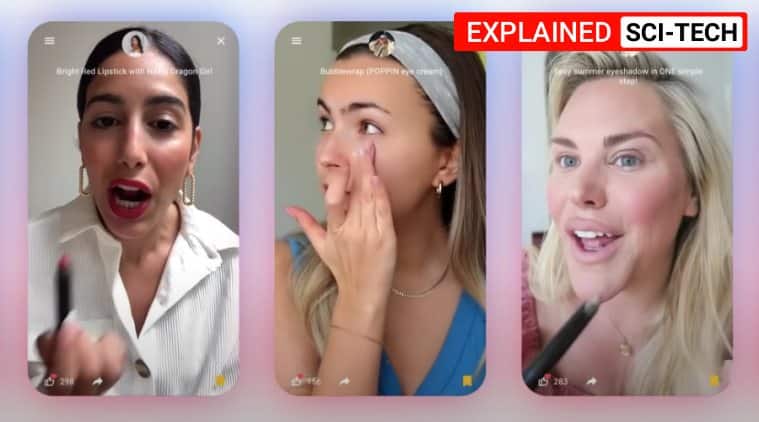 On July 16, Google announced its latest experiment —— a video shopping platform called Shoploop, designed to introduce consumers to new products in under 90 seconds. It is being designed by app developer Lax Poojary at the company’s internal R&D division, Area 120. He said the idea was inspired by how consumers today use a combination of social media and e-commerce sites together when considering purchases.

The idea is not novel and many e-commerce companies, including Amazon and Flipkart, have already been toying with the idea. While it is yet to become popular in most countries, in China it is already driving online sales. The COVID-19 pandemic, coupled with the limited access to brick-and-mortar stores, has given a big boost to what is called livestreaming e-commerce. It is an amalgamation of several tech trends —— streaming, influencers, social media and e-commerce.

Here hosts try out different products in real-time while interacting with prospective buyers through live chat, who can instantly purchase the time while watching the livestream, very similar to how late-night TV shopping channels or YouTube tutorials work.

When did this trend begin?

Major social media platforms, including Facebook, Instagram, Twitter, have had live streaming for years, but more at a personal level. It further gained popularity when platforms like Twitch and Mixer started livestreaming video gaming competitions.

It was in 2014 that Chinese fashion e-commerce platform Mogujie started experimenting with the concept of combining livestreaming and e-commerce. Alibaba’s Taobao soon followed suit. Both targeted young female shoppers, in the age group of 18 to 23, to sell low- to mid-range apparel.

As the target consumers possessed limited purchasing power, the prices of the products couldn’t be raised, hence boosting conversion rates became a priority. On the live streams, hosts tried on different clothes, while users asked about how the fabric looked and felt and requested them to try the items with different sets of accessories.

Makeup brand Kohl was also an early adopter when it livestreamed its runway shows during the 2015 New York fashion Week and offered viewers the option to purchase any garments seen on the catwalk via a dedicated portal.

How popular is the concept in China?

The trend started gaining popularity in 2018, when livestreaming e-commerce generated over 100 billion RMB (about $14 billion) in transactions on Taobao. Later Alibaba launched another subsidiary called AliExpress Live that reported close to 320,000 products added to carts per one million views, which is said to be a remarkable conversion rate.

On 2019 Singles Day, considered a major shopping holiday in China, livestreaming generated 2.6 billion yuan in sales for TMall alone. The sales generated by the platform that year reached an estimated $61 billion, according to iiMedia Research. This is expected to reach $129 billion in 2020.

Over 100,000 brands and sellers have leveraged livestreaming to promote their products, including American brands such as MAC, Levi’s, Ralph Lauren, Sisley, and Burberry. Media personality Kim Kardashian had collaborated with celebrity livestreamer Viya and sold 15,000 bottles of her new KKW Beauty perfume within minutes. The session had drawn over 13 million views.

The coronavirus lockdown has given a boost to the platform. In February, the number of merchants livestreaming on Taobao Live increased by 719 per cent.

Red, a mashup of Instagram and Pinterest, known for social shopping posts and product reviews, developed its own platform this year. Louis Vuitton hosted a livestream showcasing its summer collection in a one-hour event in March, while L’Oréal offered giveaways and coupons in a bid to increase views.

WeChat also entered the market by creating a Mini Program in early March, and saw nearly a thousand fashion, beauty and lifestyle brands livestream on the platform on March 8, International Women’s Day. One of China’s biggest real estate companies, Evergrande Group sold out 38 discounted apartments in one second during the broadcast. It had over 3.8 million views for its livestream.

Who are the most popular hosts in China?

‘Lipstick King’ Li Jiaqi is known to be the best salesman of beauty products in China. He had once sold 15,000 lipsticks in just five minutes on Taobao. With 40 million fans on Douyin, China’s version of TikTok, many companies sought his help in reviving sales during the coronavirus outbreak.

China also has a ‘livestream queen’ who can sell anything. Huang Wei, popularly known as Viya, has a record-high audience of more than 37 million on one of her livestreams — more than what the Game of Thrones finale, the Oscars or NFL’s Sunday Night Football received. Her viewership has only doubled during the coronavirus lockdown. Tesla and Procter & Gamble are among the companies that turned to Viya to be introduced to the Chinese market.

This March, one of China’s most famous tech entrepreneurs, Luo Yonghao, also the founder of debt-ridden smartphone-maker Smartisan, announced that he would try livestreaming in a bid to repay personal debt, which is over100 million yuan. His livestream earned more than 48 million views on Douyin, and sales exceeded RMB 110 million (about $15 million). He had sold a variety of products, from Xiaomi smartphones to Gillette shaving razors.

What is happening in other countries?

Alibaba is planning to take livestreaming globally. Aliexpress launched the feature in Russia in 2017, and Lazada has made it available in countries like the Philippines, Thailand, and Malaysia. In Japan, the flea market app Mercari and Rakuten also added video-streaming features.

In the US, furniture e-commerce platform Wayfair had introduced its first livestreaming event for its annual 2019 Way Day event, while Amazon launched the livestreaming function in January 2019. Shopping app Dote has also released a feature which incorporates influencers and live streaming. There are a host of other apps entering the market including Depop, Yeay, Spin, Bambuser, MikMak and Buywith.

Are there any Indian players?

Sachin Bhatia, co-founder of MakeMyTrip and TrulyMadly, teamed up with Atit Jain and Sichen Sianna Liu to launch Bulbul in November 2018. Customers can watch hosts present products live, ask questions about the product, place orders, and pay on the app.

Flipkart is also piloting a new social commerce platform called 2GudSocial, with influencer-led video commerce. It is aimed at consumers from small towns and lower-income groups.

How much is it expected to grow?

As the COVID-19 pandemic keeps shoppers at home, livestreaming will find new momentum. According to Taobao estimates, the platform will generate more than 500 million sales transactions in 2021. Apart from top sellers such as jewellery, women’s fashion, accessories, cosmetics and kidswear, diverse categories, ranging from automobiles, real estate, furniture to farm produce, will also leverage the platform. The trend is expected to get as popular in the rest of the world too, video e-commerce driving sales.