Prannoy Roy, Radhika Roy have exited RRPR board, does it mean they are also out of NDTV?

Prannoy Roy and Radhika Roy have resigned from the board of RRPR Holdings. Does this also mean their exit from NDTV? What is the status of the NDTV open offer? Where do things stand now? 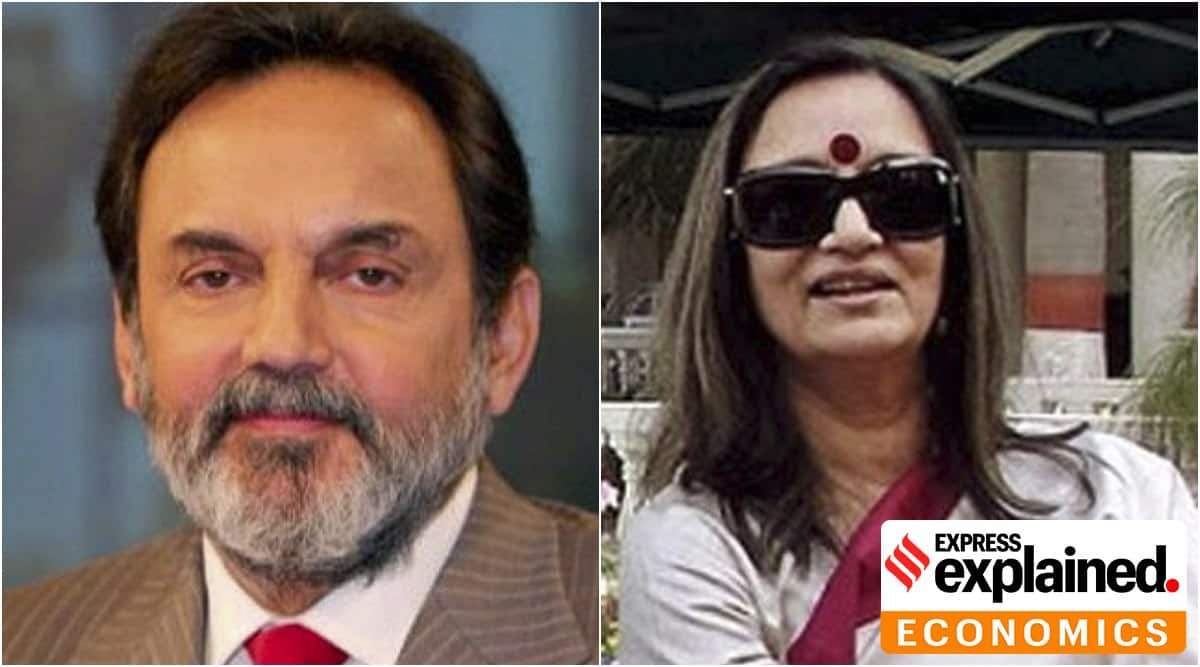 Prannoy Roy and Radhika Roy, founders and promoters of NDTV, resigned as directors on the board of RRPR Holdings Private Limited on November 29.

On November 29, Prannoy Roy and Radhika Roy, founders and promoters of NDTV, resigned as directors on the board of RRPR Holdings Private Limited. RRPR, which was founded by the Roys and bears their initials in its name, was acquired by the Adani Group, along with the company’s 29.18 per cent stake in NDTV on August 23.

On November 22, Adani began the process of acquiring an additional 26 per cent stake in the company by launching an open offer that is open until December 5.

Prannoy Roy, Radhika Roy resign from RRPR Holdings, does this also mean their exit from NDTV?

Not yet. The Roys have resigned from the board of RRPR Holdings but for now will continue to be on board of NDTV by virtue of their direct holding in NDTV.

While RRPR held 29.18 per cent stake, the two founder promoters separately hold 32.26 per cent stake in NDTV — Prannoy Roy owns 15.94 per cent and Radhika Roy has 16.32 per cent — and that will provide them with seats on the board of NDTV.

However, it remains to be seen what the Roys do with their personal shareholding in NDTV if the Adani Group emerges as the biggest shareholder in the company following the completion of the open offer.

What is the status of the NDTV open offer?

Until Tuesday, over 5.3 million shares had been tendered under the open offer making it nearly 8.2 per cent of the 6.44 crore shares of the company. The number of shares tendered by investors as of now would take the Adani Group’s holding to over 37 per cent, making it the biggest shareholder in NDTV.

Of the 5.3 million shares tendered, corporates account for 3.7 million shares. Bodies Corporate hold over 6.3 million shares, and the big investors in that classification include GRD Securities (2.82%), Adesh Broking House (1.5%), Drolia Agencies (1.48%) and Confirm Realbuild (1.33%). In fact, these four investors have director linkages with each other.

What happens after the NDTV open offer?

If the Adani Group manages to get the required 26 per cent stake, the group’s total stake will go up to 55.18 per cent, enabling it to take management control of the target company (NDTV). The acquirer will be able to bring in their own key management persons.

If the Adani Group fails to get a 50 per cent stake, they have the option to buy shares from other institutional investors. But it may have to raise the offer price to get the required majority.

Is there a scope for a counter offer by Prannoy, Radhika Roy?

The Roys have the option to launch a counter offer to the open offer made by the Adani Group at a higher price. Such an option depends on the financial muscle of the Roys.

However, as they were unable to repay the loan taken from Vishvapradhan Commercial Pvt Ltd (VCPL), which had lent over Rs 403 crore to NDTV founders led by Prannoy Roy in 2009-10, it remains to be seen whether they will launch a counter offer.

In any case, the Adanis can revise their original offer at a higher price and again counter the Roys.