As per the RBI’s last forecasts, it expects inflation to start trending lower in the second half of the year, reaching 5 per cent in the first quarter (April-June) of the next financial year (2023-24). 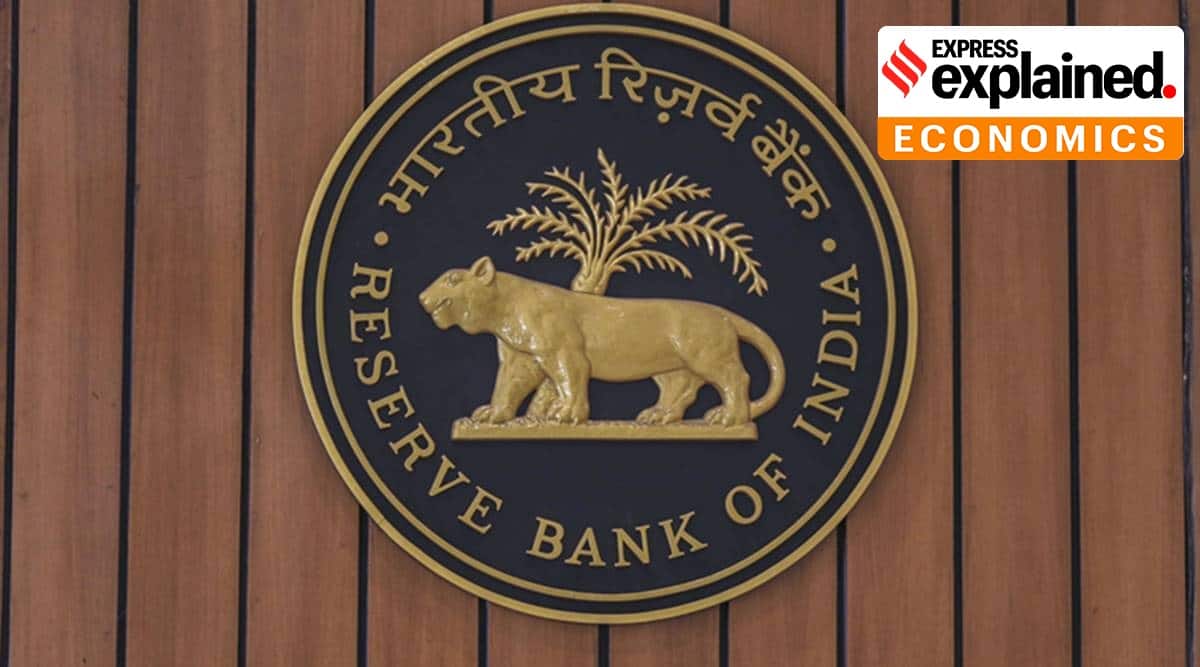 Beginning in May, when it held an unscheduled meeting, the MPC has raised interest rates in every meeting to tackle inflation. (Photo via Dhiraj Singh/Bloomberg)
Listen to this article
The 3 things to watch out for as RBI’s Monetary Policy Committee meets
x
00:00
1x 1.5x 1.8x

Thus, in total, the MPC has raised the interest rate by 190 basis points — from 4 per cent to 5.9 per cent. But since January this year, inflation has remained above the upper threshold of the RBI’s inflation targeting framework, as the RBI is mandated to keep inflation at 4 plus/minus 2 per cent.

Here are the three things to look out for in the MPC’s statement.

Will the MPC continue to raise rates? And if so by how much?

Over the past several weeks, two divergent views have emerged on what course of action the MPC should undertake. One view holds that even though inflation is likely to have peaked, it is still considerably higher than the RBI’s inflation target. Proponents of this view hold that in line with its mandate, the MPC should continue to focus on tackling inflation and should thus raise interest rates.

There are some who argue that even as the MPC should raise rates over the next few meetings (December and then in February next year), it should reduce the quantum of the hikes. So instead of increasing interest rates by 50 basis points, it should hike by, say, 25 basis points. This would prevent the committee from excessively hiking interest rates at a time when there is considerable uncertainty over both the trajectory of inflation and the underlying growth momentum in the economy.

On the other hand, others argue that as the impact of higher interest rates on inflation will be visible with a considerable lag, it would be prudent to exercise caution and wait for the interest rate hikes carried out so far to work their way through the system. Those arguing in favour of this view are essentially advocating for a wait-and-watch approach. Opting for this approach implies that the MPC maintains a status quo on rates, waits to observe the trajectory of inflation over the coming months, and then takes a call.

Will the RBI change its growth projections?

In its August policy, the RBI had pegged the economy to grow at 16.2 per cent in the first quarter. However, actual growth came in significantly lower at 13.5 per cent. However, the central bank’s growth projections for the second quarter were on target, with the economy growing at 6.3 per cent, exactly what it had predicted.

In its last policy, the RBI had projected the economy to grow at 4.6 per cent in the second half of the year. However, the external environment has deteriorated sharply. With the global economy, especially the developed economies like the US and the UK, slowing down sharply, India’s exports have come under pressure.

Moreover, the impact of the MPC’s interest rate hikes will also begin to show over the coming quarters. To what extent the RBI believes that these global and domestic factors influence aggregate economy will determine whether or not it revises its growth projections for the year.

Explained Economics |Pension scheme: Why the EPF Federation has concerns over the Supreme Court’s ruling

Will the RBI change its inflation projections?

However, core inflation, which excludes food and fuel prices as they are extremely volatile in nature, remained high. This suggests that even though headline inflation has fallen, price pressures remain in the economy. Moreover, as per some analysts, there are some upside risks to food prices as well, especially cereal prices.

As per the RBI’s last forecasts, it expects inflation to start trending lower in the second half of the year, reaching 5 per cent in the first quarter (April-June) of the next financial year (2023-24). However, considering the errors in the central bank’s forecasts in the past, it is possible that it is underestimating the price pressures in the economy.