India gets 4th set of Swiss bank account details: Significance, what happens next

The information shared about Swiss bank account holders includes their name, address, country of residence, and tax identification number, among other details. Here is the full picture. 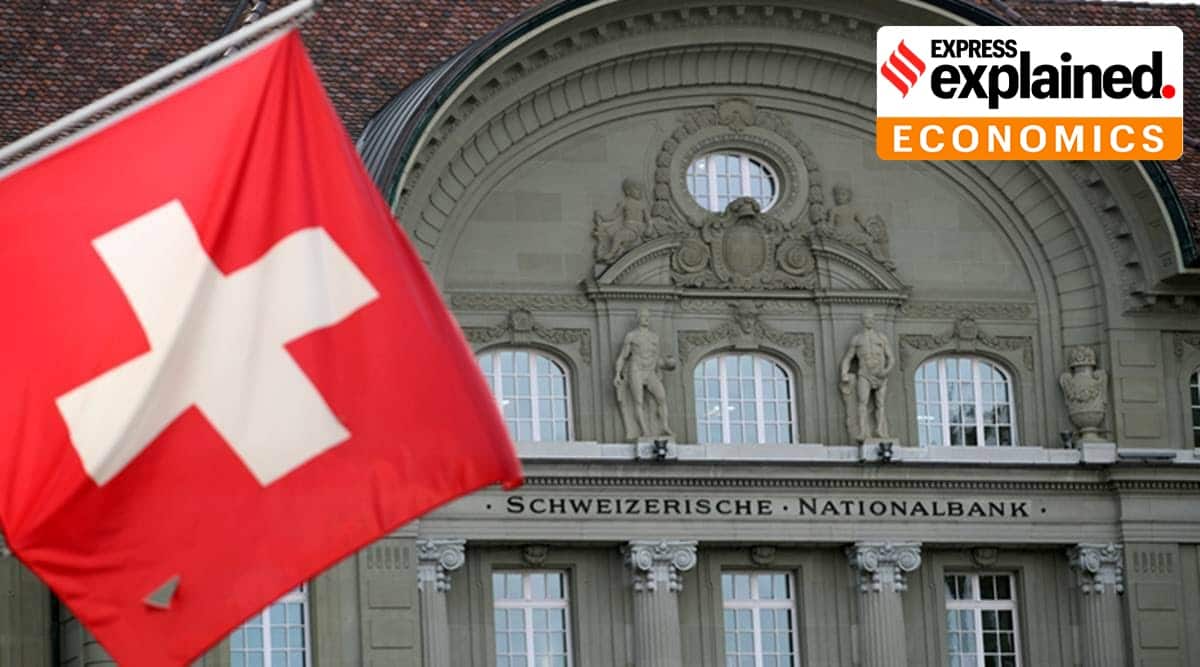 In an effort to bring in transparency and restrict money laundering, the Swiss Federal Office has given a detailed account of the massive AEOI 2022 exchange exercise. (Photo via Reuters)

India has received the fourth set of Swiss bank account details of its nationals and organisations as part of an annual information exchange, under which Switzerland has shared particulars of nearly 34 lakh financial accounts with 101 countries.

What is this information, how significant is it, and what happens next?

This is the fourth tranche of information that India has received from Switzerland since the two countries entered into an Automatic Exchange Of Information (AEOI) agreement in January 2018. The first such exchange with India took place in 2019.

Also Read |Everyday Economics: What are Swiss banks and how do they work?

In an effort to bring in transparency and restrict money laundering, the Swiss Federal Office has given a detailed account of the massive AEOI 2022 exchange exercise: the country has just concluded its exchange of information with 101 countries; with details of around 3.4 million financial accounts.

Some countries which have been added to the Swiss AEOI list for the first time are Turkey, Peru and Nigeria. The Swiss Federal Tax Administration office has also informed that with 74 of these 101 countries, the information exchange was reciprocal.

What is the volume, nature of data?

In 2019, prior to India receiving its first batch of banking information via the AEOI, officials had told The Indian Express that India would be among 73 countries that would be receiving the data and in their (India’s) case “several dispatches” would be required, giving an indication of the large volume of account holders.

Guidelines for exchange of such sensitive banking information

The guidelines and parameters for the AEOI are set by the Paris-based international body, the Organisation for Economic Co-operation and Development (OECD). The annual exercise of AEOI exchange, such as the current Swiss bonanza of banking details, is strictly meant for “tax only” purposes and in India, kept in the custody of and for action by the Central Board of Direct Taxes (CBDT).

Under the OECD’s guidelines, no details of the quantum of funds or the names of account holders are to be publicised. In 2014, the OECD developed the Common Reporting Standard (CRS) which allows every country to obtain data from Financial Institutions (FIs) and “automatically” exchange it with countries with which AEOI agreements are in order every year.

What is the scope of India’s AEOI network?

Under the OECD umbrella of AEOI, India presently shares bulk financial and banking information with 78 countries and receives the same from 107 countries, with Switzerland known to be sharing some of the most voluminous data.

Due primarily to the large volume of FI data coming in from now a 100 countries, the CBDT last year set up a network of Foreign Asset Investigation Units (FAIUs) in 14 of its investigation wings, to which the information of that region which has reached India via the AEOI route is transmitted in a secure manner.

It is the FAIUs that do the follow-up probe of the FI data, and to begin with, investigate whether the taxpayer has declared the foreign bank account/s in tax returns or not.