Congress in turmoil: Past occasions and what’s different now

The Congress party has seen turmoil and revolts earlier too. Almost all of them, however, have been targeted at a non-Gandhi. This is also the first challenge to the authority of Sonia Gandhi since 1999, when Sharad Pawar raised the banner of revolt. The Congress has not seen such coordinated dissent in its recent history, at least not since Sonia Gandhi established her grip firmly on the leadership in the beginning of 2000.(Source: INC/Twitter)

The letter has acknowledged that the youth of the country have unequivocally chosen Narendra Modi over the Congress, and underlined that the erosion of the party’s support base, and the loss of the confidence of the youth are matters of serious concern.

The letter, which is believed to have been sent a fortnight ago, amounts in effect, to a stinging indictment of the party’s current leadership.

How significant is the letter written by the 23 leaders? Beyond the contents themselves, what does the letter convey?

While the five-page letter has been interpreted in multiple ways, it is no doubt rare in the Congress that a group of leaders as diverse at this one – both geographically and demographically – should put in writing a call for a change or a shake-up in the way the party is being run now. 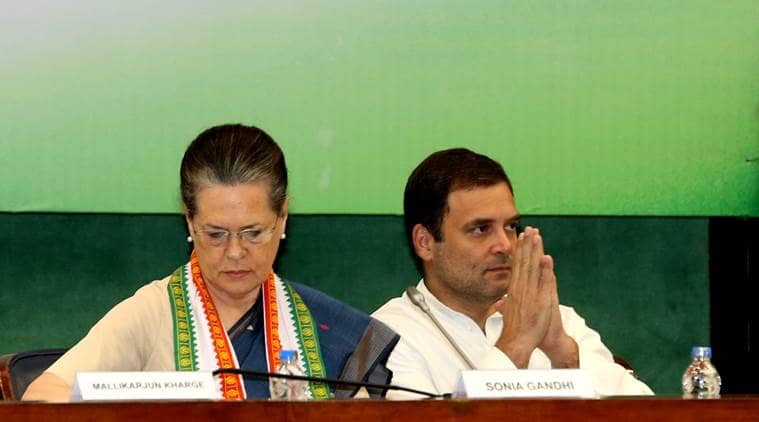 Congress leaders across the divide accept that the sentiment of the workers – as also those of fellow travellers and sympathisers – is that the party, following two humiliating back-to-back defeats in Lok Sabha elections and a string of defeats in the states, cannot move forward with a business-as-usual mindset.

The letter is in many ways a pushback – and criticism of the present leadership. Leaders, both young and old, have flagged their concerns over a range of issues – from the uncertainty over the leadership and drift in the party to the delay in organisational appointments and the absence of free and frank discussions within the organisation.

Congress leaders said the letter is in many ways a call for putting in place better systems in the party. Many of these leaders also said that it was about time that someone belled the cat.

Also read | Facing dissent within, Sonia offers to quit, sets off chorus of support for herself, Rahul

How did matters come to such a pass?

The Congress has not seen such coordinated dissent in its recent history, at least not since Sonia Gandhi established her grip firmly on the leadership in the beginning of 2000. However, the party was also in power for 10 years from 2004 to 2014, which disincentivised dissent.

Since 2014, however, tension has been simmering in the party. There have long been murmurs against Rahul Gandhi, but the disconnect between him and other senior leaders has now reached a point where it had to come out in the open in some way or the other.

The tensions boiled over towards the end of last month too, when a routine meeting of party MPs convened by Congress president Sonia Gandhi turned stormy after senior leader and former Union Minister Kapil Sibal – one of the signatories to the letter – called for introspection and honest discussion to zero in on the reasons for the party’s slide. Senior leader P Chidambaram too, had argued that the party should reach out to the people to understand their disenchantment with the Congress.

However, there was loyalist blowback – young MP Rajeev Satav launched a counterattack saying that the introspection should begin from the UPA 2 period.

That exchange firmed up the resolve of the leaders to write to Sonia Gandhi, although a plan to convey their feelings and disenchantment over the way things are being run have been on their minds for some time.

Is this show of dissent unprecedented in the Congress?

No, it isn’t. The Congress is not new to turmoil, dissent and splits. But the difference this time is that the party has now been out of power at the national level for more than six years – the second longest period in its history.

The longest period was between 1996 and 2004. There was a major crisis then too – in 1998. But the difference was that a non-Gandhi – Sitaram Kesri – was heading the party then. And that the rebellion was against him – and it was orchestrated by the Delhi lobby to install Sonia as the president.

Before that, there was a rebellion in the early 1990s – that too, was against a non-Gandhi. The rebellion – against Prime Minister P V Narasimha Rao – resulted in N D Tiwari and Arjun Singh breaking away and launching a new party.

But this time, a Gandhi is at the helm.

Even in 1969 or 1977, when the party faced a split, it was a Gandhi leading the rebellion, and not at the receiving end.

In 1969, the tussle between Prime Minister Indira Gandhi and the old guard known as the ‘Syndicate’ came to a head when she threw her weight behind independent candidate V V Giri in the Presidential election. The party’s official candidate, Neelam Sanjiva Reddy, lost and the party split after then Congress president S Nijalingappa expelled Indira Gandhi. 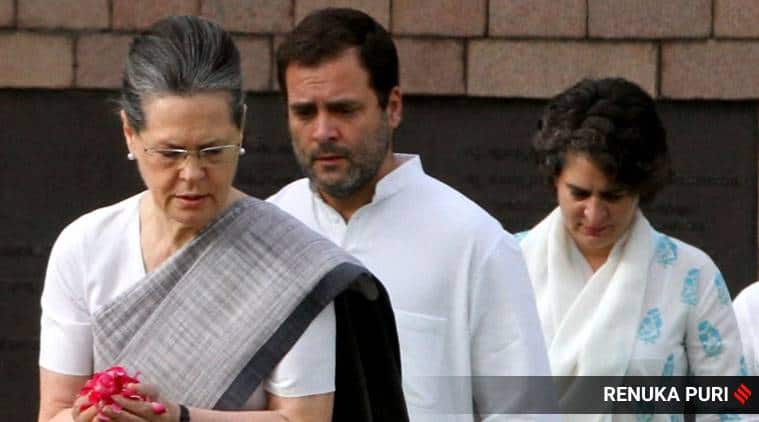 Congress president Sonia Gandhi with her children Rahul Gandhi and Priyanka Gandhi and Robart Vadra pay tribute to Rajiv Gandhi on his 26th death anniversary at veer Bhoomi on 21 may 2017. (Express photo by Renuka Puri)

In 1977, the Congress’s post-Emergency defeat triggered a crisis when then party president K Brahmananda Reddy and Y B Chavan, its leader in Parliament, turned against Indira. The party split once again, with Indira engineering it.

In fact, the party had suffered a split even before the elections with Jagjivan Ram and others like H N Bahuguna forming a new party, Congress for Democracy.

In 1987, however, the party was in power when it faced a crisis.

V P Singh, who as Finance Minister and later as Defence Minister in the Rajiv Gandhi government raised questions about corruption, was ousted first from the Cabinet, and then from the party. V P Singh then launched the Jan Morcha with several other disillusioned Congress leaders.

And did Sonia Gandhi face no challenges at all?

The only challenge Sonia faced was in her initial years, soon after she took over as Congress president in 1998. Just before the 1999 Lok Sabha elections, Sharad Pawar, P A Sangma and Tariq Anwar raised the banner of revolt. They were expelled, and a new offshoot of the Congress – the NCP – was born.

Is it possible that this latest letter will be brushed under the carpet?

The signatories to the letter had reached out a cross section of Congress leaders before sending it to the Congress president. And even those who did not sign say they agree with the sentiments expressed in the letter.

With the letter coming out in the open, battlelines have been clearly drawn. Brushing it under the carpet may not be possible, as more and more people could join the group of rebels.

The signals that are emanating from the Congress, on the eve of the CWC meeting, is that the leadership may be amenable to talking things out.