Dharma sansad and mahamandaleshwar: who they are, the role they play

🔴 Haridwar hate speech: Cases have been registered against the organisers of a dharma sansad or religious parliament, during which several Hindu religious leaders had given incendiary addresses targeting the minority community. 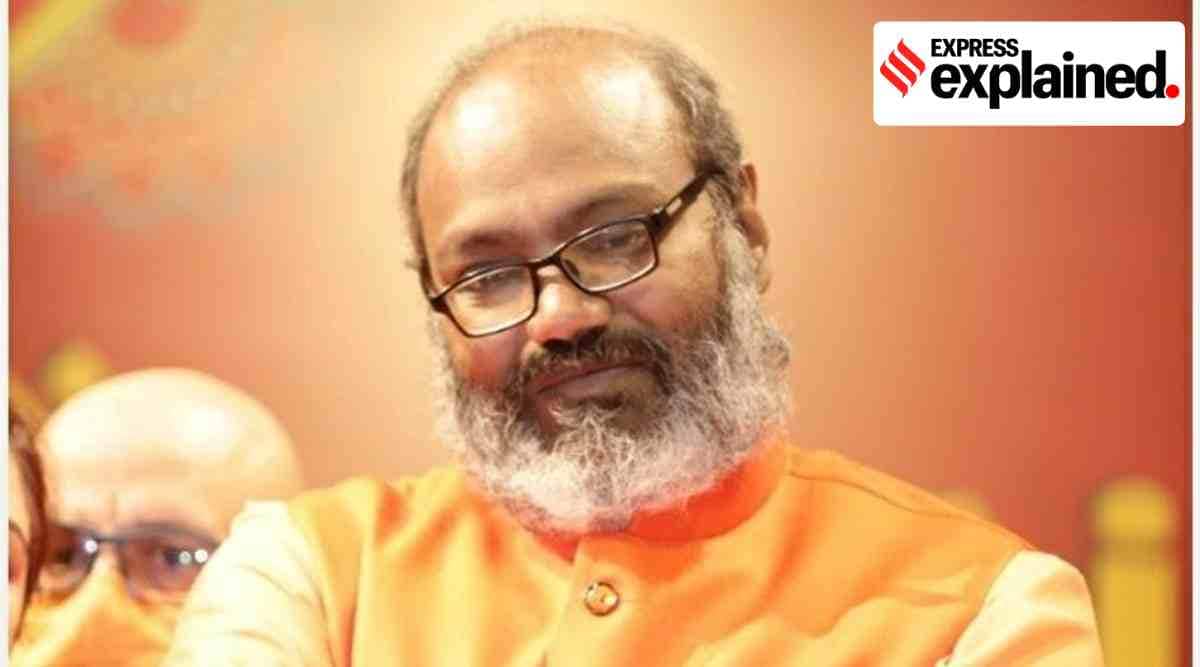 Yati Narsinghanand, the chief organiser of the Haridwar dharma sansad, is mahamandaleshwar of Juna Akhara. (File)

The organisers of the dharma sansad in Haridwar have announced a “pratikar sabha” on January 16 to protest the FIRs registered against them in connection with the hate speeches at the three-day meeting last month.

Several Hindu religious leaders had given incendiary addresses targeting the minority community at the closed-door conclave organised from December 17-19.

A dharma sansad, literally, religious parliament, is a platform of Hindu religious leaders or sants, where decisions are taken on issues considered important to the dharma.

The first dharma sansad was organised by the Vishwa Hindu Parishad (VHP) at Vigyan Bhawan in New Delhi in 1984, where a decision was taken to launch the Ramjanmabhoomi movement.

At the next dharma sansad held in Udupi in 1985, eight resolutions were passed, one of which demanded that

Shri Ramjanmabhoomi, Shri Krishnajanmasthan and the Kashi Vishwanath complex should be immediately handed over to the Hindu samaj.

The VHP’s dharma sansads are called by its margadarshak mandal, a body of 65 prominent sants from around the country, whenever, according to the sants, a need is felt to guide the Hindu samaj.

The margadarshak mandal decides the participants, which include the sants from the akharas. These sants may participate themselves or send their representatives to the sansad.

VHP joint general secretary Surendra Jain said the parishad has so far organised 17 dharma sansads, which are in the nature of routine meetings to receive guidance from sants.

The VHP’s last dharma sansad was held in Haridwar in 2019, when the sants had asked then Uttarakhand Chief Minister Trivendra Singh Rawat to free temples from government control.

Over the years, newer organisations have called their own dharma sansads, which the VHP has tacitly approved. According to Jain, while the VHP organised the first dharma sansad in 1984, anybody could hold a dharma sansad.

“Development of new traditions and methods is the specialty of Hindu dharma,” he said. “If anyone else uses this title, that does not reduce the dignity and glory of the VHP’s dharma sansad.”

Jain, however, dissociated his organisation from the Haridwar meeting last month.

“That was not the VHP’s dharma sansad. VHP has not patented the term dharma sansad, but the entire nation understands what is the language of the VHP and what is not,” he said.

Jain also said that Yati Narsinghanand was not in the VHP’s margadarshak mandal, and that he had never spoken from a VHP platform.

Juna Akhara president Prem Giri Maharaj defined a dharma sansad simply as a meeting of sants, and said that every akhara regularly holds its own dharma sansads.

“If a mahamadaleshwar holds a meeting of 200-400 followers and preaches a sermon, that is also a dharma sansad,” he said.

“It is good if he is educated. But more important is speaking skills that can attract and impress people. He must be able to hold satsangs, guide followers, and have knowledge of the shastras and the confidence to speak to gatherings of 50-100 people at least,” Juna Akhara president Prem Giri Maharaj said.

In Niranjani Akhara, an aspiring mahamandaleshwar should be educated, have knowledge of the shastras, should be able to propagate sanatan dharma, and should have his own ashram or at least an educational institution to hold satsangs and teach sanatan dharma.

“They are given the honour of mahamandaleshwar with the expectation that they will propagate sanatan dharma as our representative and brighten the name of the akhara,” said Ravindra Puri.

There are more than 100 mahamandaleshwars of the Niranjani Akhara working across the country, he said.

Mahant Ramdas of Hanuman Garhi, Ayodhya, who is associated with the Nirmohi Akhara, said his akhara has more than 1,000 mahamandaleshwars, who are given the title of “Shri Mahant”. They are assigned the tasks of creating awareness about the importance of the Ganga, the conservation of heritage and the environment, protection of sanatan dharma, gau seva, giving deeksha to followers, organising camps in Kumbh melas, and working for the protection of temples, Ramdas said.

The mahamandaleshwars are part of the Peshwai procession of their akharas during Kumbh Melas; they also hold satsangs during the Mela.

According to Ramdas: “We make sure that the person who is made a mahamandaleshwar has not been sentenced by a court in any case, and he has not been associated with any other religion in the past.”