Explained: Dengue fever, how it spreads and how it can be controlled

Dengue spike in Punjab: We explain possible reasons for the outbreak, what tests should be done and what patients should do to stay healthy 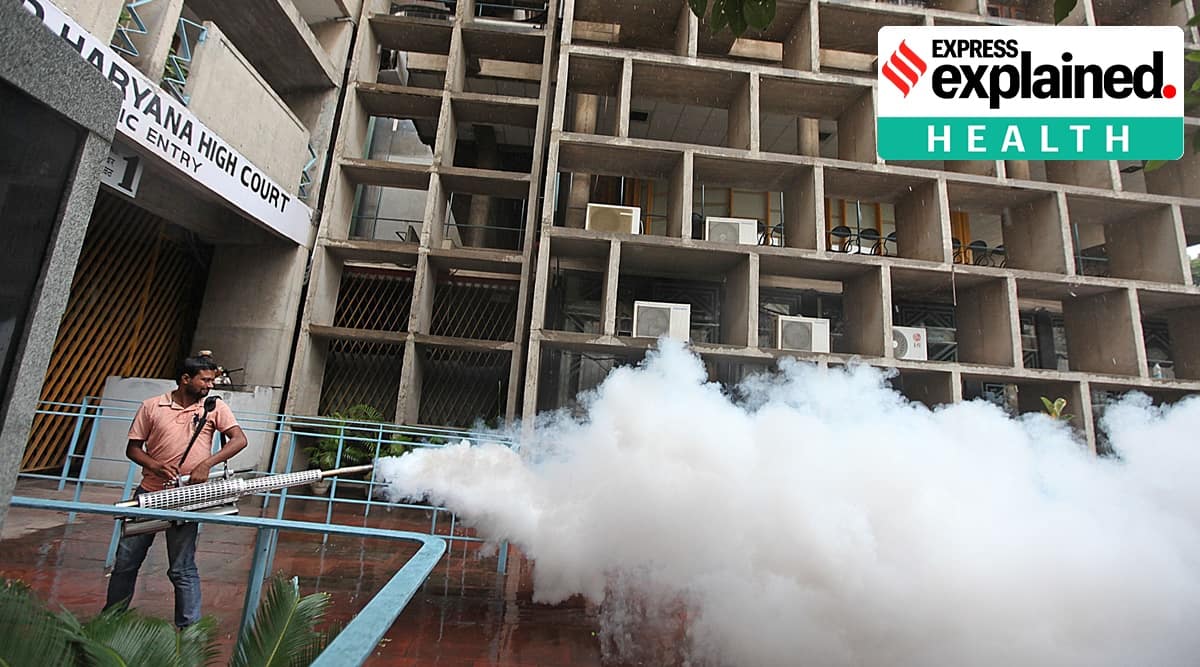 With dengue cases in Punjab have reached 16,129 — an all-time high figure since 2016 — The Indian Express explains possible reasons for the outbreak, what tests should be done and what patients should do to stay healthy.

During which season do cases of dengue fever usually spike?

Every year, from July to November, an upsurge in cases of dengue has been observed. The disease has a seasonal pattern, i.e., the peak comes after monsoon and it is not uniformly distributed throughout the year. Dengue virus is transmitted through the bite of a female Aedes (Ae.) mosquito. Aedes is a day time feeder and can fly up to a limited distance of 400 meters. Dengue mosquitoes can’t breed once the temperature falls below 16 degrees.

Which tests are used to detect dengue?

IgM and IgG antibodies test and NS1 antigen test. Both are done through ELISA kits and hence are popularly known as Elisa test.

IgM and IgG test for dengue antibodies detected in an initial blood sample, meaning that it is likely that the person became infected with dengue virus within recent weeks. This test is normally done after 3-7 days of fever while NS1 antigen test is a test for dengue, which allows rapid detection on the first day of fever, before antibodies appear. Both tests are card tests which give instant results. Punjab government has fixed a cost of Rs 600 for these tests in private hospitals while they are free in government hospitals. However, there are limited kits in government institutions, which is forcing patients to run to private labs.

What are the common symptoms for dengue fever?

At what stage should platelet transfusion be done?

Dr Vittul Gupta, chairman of the Malwa branch of Physicians Association, said, “Transfusion must only be done if a person’s platelet count is less than 10,000, and he/she has active bleeding. Most dengue cases are preventable and manageable. The risk of complications is in less than 1 per cent of dengue cases. Platelet counts are unreliable to predict bleeding. In a small study in which children with severe thrombocytopenia were included, platelet infusion did not alter the outcome of patients. In a recent randomized controlled trial (RCT) in adults with confirmed dengue infection and thrombocytopenia (=20 000 platelets 25 per µL), without persistent mild bleeding or any severe bleeding, prophylactic platelet transfusion was not superior to supportive care.”

Which symptoms indicate that the patient is improving or deteriorating?

What should be the line of treatment?

Dr Gupta said that mild dengue infection may be treated symptomatically. Fever and body aches are best treated with paracetamol. Salicylates and other non-steroidal antiinflammatory drugs (NSAIDs) should be avoided as these may predispose to mucosal bleeds. The patient should be encouraged to drink plenty of fluids. There is no specific antiviral therapy. All patients need regular monitoring by a primary care physician for early detection of severe disease and warning signs, alongwith haematocrit and platelet counts.

What are the warning signs that a patient needs hospitalisation? 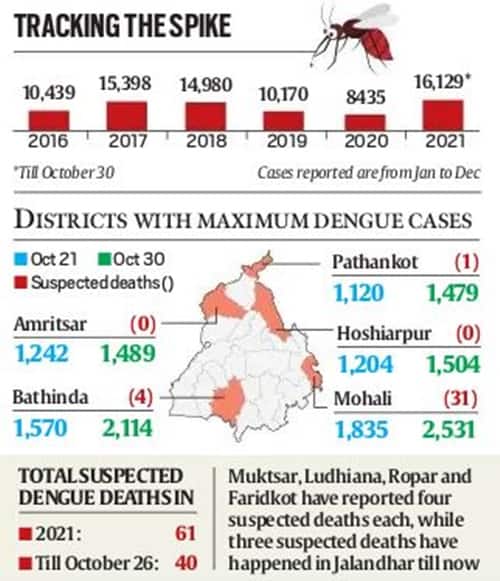 Any home remedies which can help the patient?

Dos and don’ts for patients:

Keep body temperature below 39 degree Celsius. Give the patient paracetamol (not more than four times in 24 hours). Give large amounts of fluids (water, soup, milk, juice) along with the patient’s normal diet. Consult doctor even in mild cases

Do not give Aspirin or Brufen for treatment of fever. Do not use antibiotics. Avoid giving steroids. Avoid blood transfusion unless indicated, reduction in haematocrit or severe bleeding. Avoid giving intravenous therapy before there is evidence of hemorrhage and bleeding.

What is the major reason for the outbreak of dengue in the state?

Doctors are observing that dengue epidemics tend to have seasonal patterns, with transmission often at peak during monsoon and post-monsoon period every year. Source reduction of mosquito breeding sites and adult control measures are grossly inadequate like Indoor Space Spray and fogging are not carried out in routine. When dengue is reported, measures to control in that area are ignored.

What steps has the government taken to contain the spread?

Dr Gagandeep Singh Grover, nodal officer of vector borne diseases in Punjab said government is providing free testing/treatment of dengue in government hospitals. Rate of Elisa test to confirm dengue have been capped in private hospitals, test kits have been procured, breeding checkers have been enhanced. “In addition to this, we have also procured larvicides and insecticides. We are daily reviewing the situation and remedial measures. More than 15 lakh houses have been visited by health department for breeding checking,” he added.