Subject of Akshay Kumar’s new movie, why Ram Setu is the bridge across history, mythology and controversy

What is the Ram Setu, why has it been at the centre of several controversies and legal cases, and what is its ecological importance? We explain. 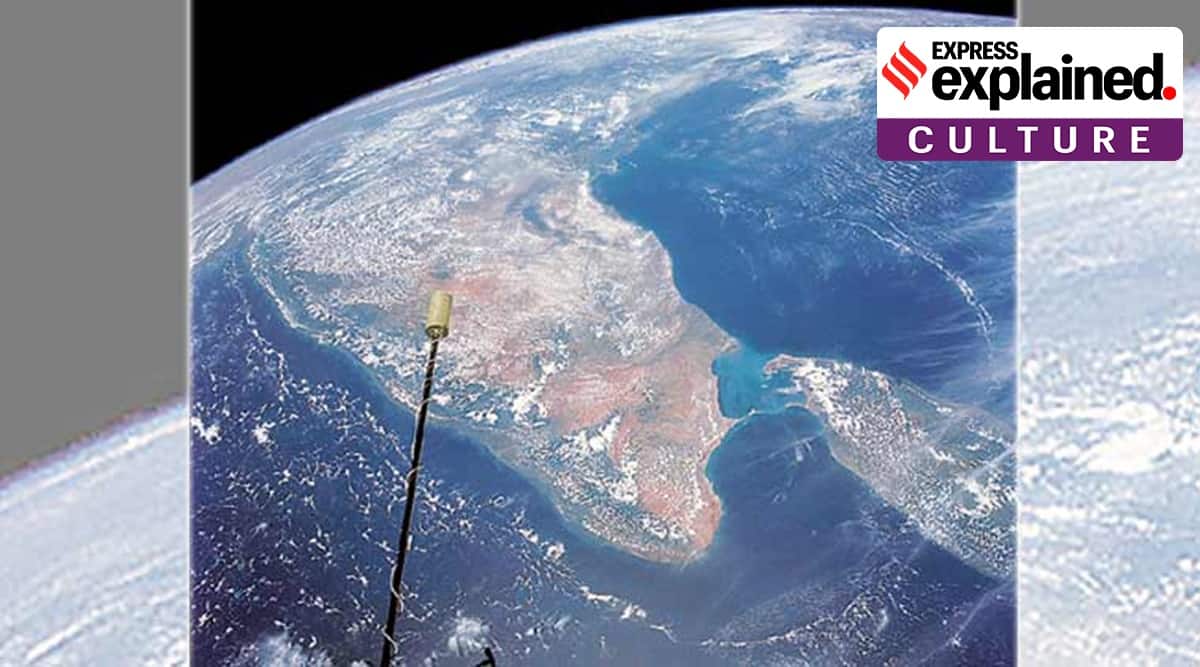 A satellite image of the Bay of Bengal showing the Adam’s Bridge. (NASA)

The trailer of Akshay Kumar’s new movie, Ram Setu, has been released, once again generating buzz around the chain of shoals off the southeast coast of India that many believe is the bridge to Lanka mentioned in the Ramayana.

What is the Ram Setu or Adam’s Bridge, why has it been at the centre of several controversies and legal cases, and what is its ecological importance?

The Ram Setu, also knows as Adam’s Bridge, is a 48-km chain of limestone shoals between Rameswaram on India’s southeast coast and Mannar Island near Sri Lanka’s northwest coast.

The structure has significance in both Hindu and Muslim mythology -– while Hindus believe this is the bridge (setu) built by Lord Ram and his army to cross to Lanka and fight Ravan, as per Islamic legend, Adam used this bridge to reach Adam’s Peak in Sri Lanka, where he stood on one foot for 1,000 years in repentance.

Scientists believe Ram Setu is a natural structure formed due to tectonic movements and sand getting trapped in corals. However, over the years, “evidence” has been offered to claim that the bridge is man-made. The bridge is not entirely natural, Hindu right wing outfits argue, which proves that it was indeed built by Lord Ram.

The Ram Setu issue snowballed into a major controversy when the Sethusamudram Project, flagged off during the UPA I government, proposed to dredge around the Setu, with right wing bodies and the then Opposition BJP calling it an attack on Hindu sentiments.

Various studies have been proposed on the Ram Setu, with the most recent being in 2021, when the government approved an underwater research project to ascertain its origins.

Advertisement
Also Read |Why new ‘Ram Setu’ video is no more than an interest-rouser, a talking point

The Sethusamudram Shipping Canal project aims to create a shipping route between India and Sri Lanka by building an 83-km-long deep water channel, which would also reduce travel time between the eastern and western coasts of India, as ships would no longer have to circle Sri Lanka to travel between the Bay of Bengal and Arabian Sea. Versions of this project have been proposed from as far back as the 1860s.

The current project began under the NDA I government, with the Vajpayee regime approving a Rs 3,500 crore budget in 2004. However, the inauguration was done in 2005, by then Prime Minister Manmohan Singh. The project was challenged in court, where the controversy escalated.

The Archaeological Survey of India, in an affidavit in court, rejected the existence of the Ram Setu, saying “…contents of the Valmiki Ramayana, the Ramcharitmanas by Tulsidas and other mythological texts, which admittedly form an important part of ancient Indian literature…cannot be said to be historical record to incontrovertibly prove the existence of the characters, or the occurrence of events, depicted therein.”

This led to such an uproar that not only was the affidavit withdrawn, two ASI officials were suspended.

From then on, the project took on a more communal colour. The RSS mouthpiece Organiser carried an article by Gautam Sen in 2007 that read, “The dredging of the Ram Setu channel on the grounds that there was neither Ram nor any historic bridge is simply outrageous. It is the equivalent of orphaning an entire civilisation by denying the well-springs of its foundation.”

In 2008, senior advocate K Parasaran argued in the Supreme Court, “Demolition of Babri Masjid has left a deep scar. The wound has healed but the scar is there. Scar of this nature must be avoided. Is there any compelling need to cause a wound again in the minds of so many Hindus to leave a permanent scar?”

The Sethusamudram project has been opposed on environmental grounds too, with some claiming that it will harm marine life, and that dredging of the line of shoals will make India’s coast more vulnerable to tsunamis.

Current status of the project

In March 2018, the Centre told the Supreme Court that the Ram Setu will not be affected in the execution of the Sethusamudram Shipping Canal project.

Another plea by BJP leader Subramanian Swamy, seeking a direction to the Centre to declare the Ram Setu a national heritage monument, is with the Supreme Court.

NASA images, and other ‘proof’

Images of the Ram Setu clicked by NASA have been used over and over again to claim that this “proves” the existence of a man-made bridge. NASA has repeatedly clarified that it does not agree with these claims.

In 2002, NASA official Mark Hess was quoted as saying, “Remote sensing images or photographs from orbit cannot provide direct information about the origin or age of a chain of islands, and certainly cannot determine whether humans were involved in producing any of the patterns seen.”

Eleven years later, in 2013, NASA spokesman Michael Braukus again clarified, “Some people have taken pictures taken by our astronauts to make their claim. No position can be taken on the basis of these photographs in any way. The age, substratum, geological structure or anthropological status of the ocean bed in Palk strait cannot be determined by the astronauts’ photographs. So there is no basis for these claims.”

Adipurush: Here’s when the teaser of Prabhas and Kriti Sanon’s epic drama will be released